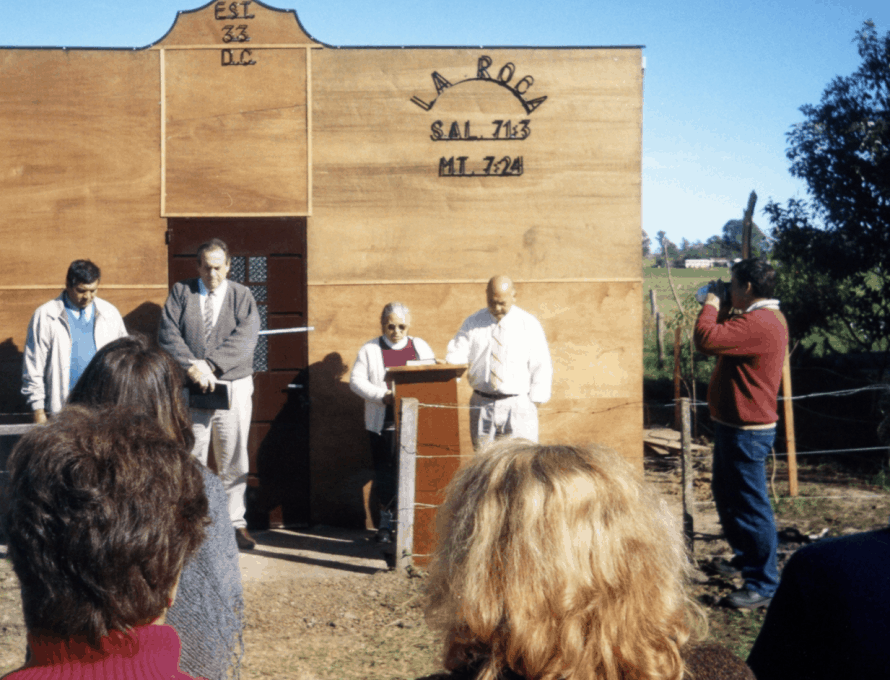 This is not the first year Uruguayan Baptists have committed to giving to the LMCO. In 2018, a Uruguayan Christian told IMB missionary Tim Kunkel that her church wanted to donate to the LMCO. She handed Kunkel an envelope with $500.

“You mean our Lottie Moon?” Kunkel asked, referring to the offering that supports IMB missionaries sent from the U.S. Kunkel is regional ambassador for Uruguay, Paraguay and Bolivia.

The Uruguayan convention has an offering—named after a Uruguayan woman who was their “Lottie Moon”—to support Uruguayan churches and missionaries. The convention currently helps financially support three Uruguayan couples serving among unreached people groups in South America and a missionary who serves in Central Asia.

In addition to commissioning and helping to financially support Uruguayan missionaries, the Uruguayan Baptist Convention is also committed to giving back to the IMB.

The Uruguayan Christian told Kunkel her church has given to the LMCO for several years out of gratitude because funds from the offering built her church, Young Baptist Church, located in the Río Negro department of Uruguay. Young is a city of just 16,756 people, according to a 2011 census.

IMB missionary J.D. McMurray planted the church after his appointment in 1945 to serve in Uruguay.

IMB work in the country began 110 years ago in 1911 when J.C. and Helen Quarles transferred to Uruguay from Argentina. In 1912, J.C.’s brother L.C. and his wife, Jennie, moved from Argentina to serve in Uruguay.

This fall, when IMB missionaries were encouraged to reach out to encourage churches to support the LMCO, the Lord brought Young Baptist Church to Kunkel’s mind. Kunkel approached the Uruguayan Christian and her church’s pastor about their church making a donation, and then the church’s interim pastor, who is also the convention president, extended the giving request to all the churches in the Uruguayan Baptist Convention.

The amount given to the 2020 offering, $1,500, is roughly the cost of building a dismantlable wood-framed church in Uruguay. Kunkel said most pastors in Uruguayan churches are bi-vocational and make around $300 a month, and he was moved at their generosity.

Dr. Paul Chitwood expressed his gratitude for the financial gift from the Uruguayan Baptist Convention.

“I was so excited and humbled to learn that the Uruguayan Baptist Convention, one of 140 Baptist conventions and unions around the world that has resulted from 175 years of Southern Baptist work among the nations through the IMB, is giving a Lottie Moon Christmas Offering to advance that work!” Chitwood said. “While we cheer their support of the IMB, we are also grateful to have Uruguayan Baptists as partners on the ground, reaching the nations for Christ.”