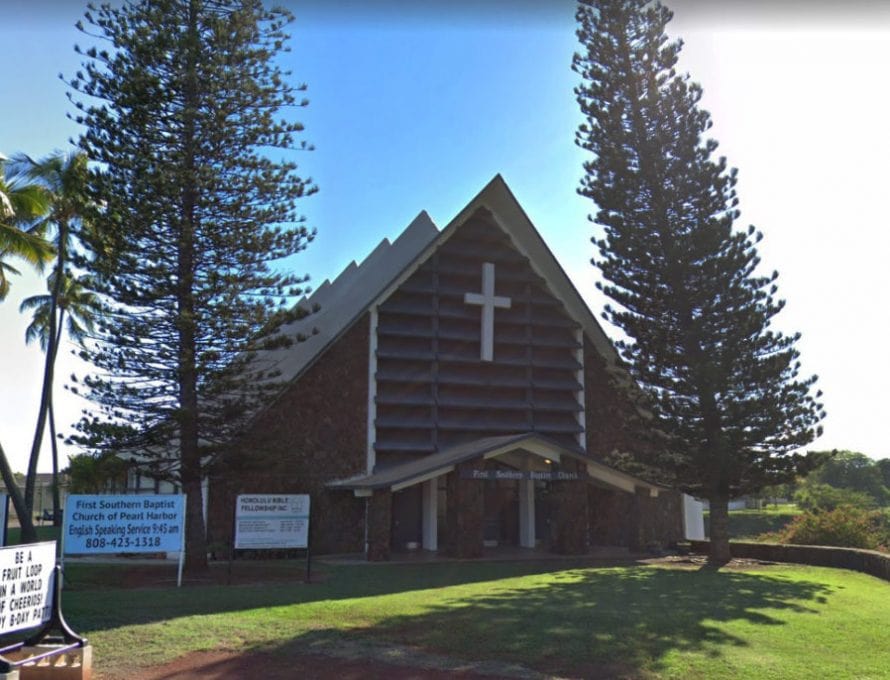 HONOLULU (BP) – Not until 16 years after Pearl Harbor was bombed on Dec. 7, 1941, did the pleas of an Air Force chaplain’s wife for a church to focus on the needs of military personnel come to fruition.

First Southern Baptist Church of Pearl Harbor (FSBCPH), located just outside the gates of military housing, today draws between 50 and 100 mostly military personnel and their families. The number varies depending on deployments and change of duty stations, but the church’s commitment to missions through the Cooperative Program remains steadfast. It allocates 10 percent or more of its undesignated income for CP.

Charles Beaucond, who has been pastor of the church since 2011 and in vocational ministiry since 2005, said the congregation has a good understanding of the Cooperative Program, which is the Southern Baptist way to collectively support missions and ministries globally. 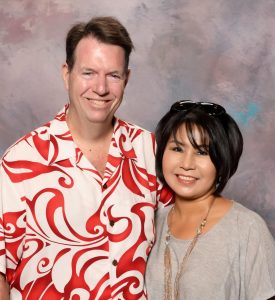 “The Cooperative Program shows the power of being united in doing God’s work.” Beaucond said. “The Gospel needs to be preached. Us working together allows us to do great things.”

Beaucond credits two laymen in his church – a deacon and the church treasurer – with being “faithful Southern Baptists and very strong supporters who understand the need for the Cooperative Program and are able to explain it” to those new to the concept of churches pooling their mission dollars for greater effectiveness.

“The Cooperative Program allows a church our size to combine with other churches to support fulltime missionaries, which is hugely important,” the pastor said.

First Southern Baptist Church of Pearl Harbor is the only one of the 150 or more churches in the nearly eleven-million-square-mile area comprising the Hawaii Pacific Baptist Convention that has the word “Southern” in its name. Beaucond said the name is a draw to committed Southern Baptists in Hawaii.

The Hawaii Pacific Baptist Convention since 1979 has included churches in American and Western Samoa as well as English-language churches in Japan, South Korea, Philippines and other Pacific areas.

Like waves that ebb and flow at Waikiki Beach, enlisted and officer personnel and their families from all five branches of the U.S. military pass through First Southern Pearl Harbor.

“Our military families leave mostly in the summer,” Beaucond said. “We’ve probably had, in the nine years I’ve been pastor here, 100-plus families come and go.

“The big challenge is the turnover of people, but it’s always going to be that way. It’s hard to lose the good families but right behind the family that leaves, we get another family who come in and use their abilities and gifts. The Lord provides.”

First Southern Pearl Harbor disciples, nurtures and trains the people who pass through, encouraging and challenging them in their walk with the Lord, the pastor said.

“That’s one of the best blessings. Basically the entire church does something. We’ve always been blessed this way.”

The church’s Tiny Tots Christian Preschool, which started in 1972, now has a student body of 200 toddlers. At least 100 youngsters from the community participate in Vacation Bible School each summer (except 2020 because of the COVID-19 pandemic.) The church’s quarterly ministry at River of Life homeless outreach in Honolulu’s Chinatown involves 20 or more of First Southern Pearl Harbor’s members preparing a meal, leading in worship and visiting with River of Life guests. It’s a ministry the church has been a part of for more than 20 years. Beaucond, who brings a Gospel message at the event, said most of his listeners there don’t know the Lord.

There’s a Harvest Fest in October and a community dinner the Sunday before Thanksgiving that in its ninth year last November drew more than 150 people.

“It’s in the DNA of the military – serving, giving – so they bring that attitude to the church,” Beaucond said. “They’re generous with their time and money.”

First Southern Pearl Harbor honors its veterans on notable occasions each year: Memorial Day with a message “that honors and reflects on those who gave their lives for our country,” the pastor said; on Veterans Day by playing each military branch’s song, with veterans standing when their song is played; and special tributes are given when July 4 or December 7 fall on a Sunday.

As a result of the pandemic’s limitation on in-church gatherings, Beaucond this March started an online prayer gathering at 9 a.m. each day on Facebook Live.

“I learned to better use social media and I think that is trend we’ll have to follow,” the pastor said. “We stream our services online, and advertise a few days prior, [saying] ‘Come join us; this is what we’re preaching on.’”

Beaucond’s father was in the Air Force and as a child he lived in several Asian nations, which gives him a basic understanding of the multi-ethnic Hawaiian culture, but there’s always more to learn.

“Hawaii is a microcosm, home to many different people,” the pastor said. “Hawaii has reminded me of being in a foreign country. … A lot of work we do now we might not see the results for a long time.”

In First Southern Pearl Harbor’s 63 years, at least 10,000 people have been a part of the church. People regularly return for a visit.

“We have had pastors come back who started their walk with Jesus in this church as a young boy,” Beaucond said. “Every year, four to five families come with memories so strong of what God did with them when they were in this church.

“Ohana’ means family, and I think here in Hawaii relationships are really important. When people come to faith, that sense of church family is very strong. What we’ve learned this year is how important it is to worship together as God’s family.”