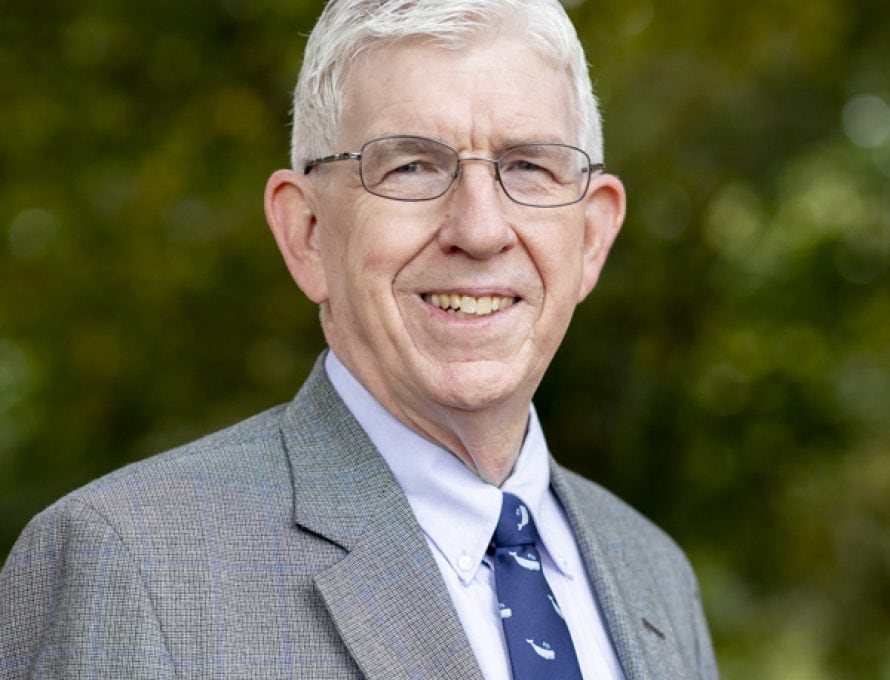 FORT WORTH, Texas (SWBTS) – Renowned Baptist historian and theologian Tom J. Nettles has been appointed a visiting professor of historical theology at Southwestern Baptist Theological Seminary, President Adam W. Greenway announced today. Nettles will be teaching a course entitled “Scripture” that will examine the doctrine of the Bible, December 7-11 on the Fort Worth campus.

“I am delighted to welcome back Tom Nettles to the Southwestern Seminary classroom,” says President Adam W. Greenway. “Dr. Nettles is a treasure to Southern Baptists and is a scholar of great renown, especially in the fields of Baptist history and historical theology. He is a Southwesterner from whom our students will learn much. I have great anticipation of seeing him teaching once again on Seminary Hill.”

In an interview that will appear in the fall issue of Southwestern News, Nettles reflected on what it will be like to return to the classroom at Southwestern Seminary after nearly 40 years. While he said he does not know what his emotions will be when he enters the classroom in December, he knows that “one will be a rich mixture of gratitude and wonder.”

“That President Greenway has invited me to renew my relationship with the seminary in this way shows the depth of his empathy and his spirit of friendship,” Nettles says. “It also is a testimony to his commitment to an error-free Bible as a book of redeeming truth.”

Nettles recalls “the almost uncontrollable exuberance” he experienced after teaching his first class in church history in January 1976.

“I ran up the stairs (I could do that then) and went into Leon McBeth’s office and made some exclamation of the thrill of teaching,” he says. McBeth was a renowned professor of church history at Southwestern Seminary, serving from 1962-2003.

Nettles recalls McBeth’s response: “If you sustain that kind of pleasure in this calling, you will be a happy and a useful man.”

“I know that I have been happy and will find a renewed spiritual happiness in the opportunity given me to be back on the campus in a Southwestern classroom,” Nettles says.

During his previous time at Southwestern Seminary, Nettles, along with fellow alumnus and faculty member L. Russ Bush, authored Baptists and the Bible, a scholarly work that proved Baptists’ historical commitment to the inerrancy of Scripture. Published in 1980 in the early days of what would later be known as the Conservative Resurgence of the Southern Baptist Convention, the book played an integral role in returning the SBC to its historic Baptist commitments.

In the spring of 2020, Nettles provided a new preface along with some additional material for a 40th anniversary edition of Baptists and the Bible, published by Seminary Hill Press, the publishing arm of Southwestern Seminary.

Reflecting on the book’s original publication 40 years ago, Nettles says, “I remember when Moody Press presented Russ and me each with a leather-bound volume of the first printing of the first edition in chapel in spring 1980. The students showed a very humbling appreciation for the volume during that chapel. The bookstore sponsored a signing event after chapel.”

He continues, “Now, to have the seminary itself publish the volume is a point of deep gratitude for the grace of God’s providence in granting to the academic fraternity of Southern Baptists a receptive and even celebratory attitude toward the historic doctrine that we tried to highlight in Baptists and the Bible.”