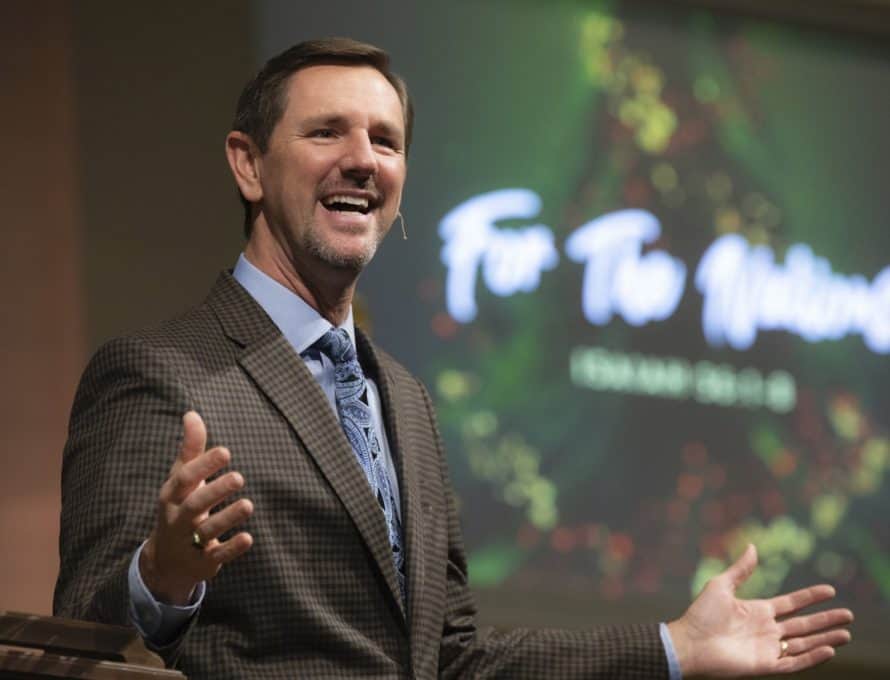 RICHMOND, Va. (BP) – The International Mission Board (IMB) commissioned 61 missionaries in a virtual Sending Celebration on June 9. Three missionaries with links to Missouri were among the new appointees..

Sending Celebrations provide a forum for Southern Baptists to commission new missionaries and hear their call to missions. IMB trustees voted on and approved 59 of the missionaries this spring in a virtual board meeting. Two missionaries were appointed in January.

The commissioning event was originally scheduled to be held at the 2020 SBC Annual Meeting in Orlando. Cancellation of the annual meeting because of the COVID-19 pandemic didn’t prevent Southern Baptists from celebrating the missionaries. Instead, many gathered around computer screens across the country to watch a video of the missionaries’ testimonies of how the Lord called them to the mission field.

IMB President Paul Chitwood said it was not an opportunity to be missed.

“We’re very thankful to be able to gather in a new and different way to celebrate what God is doing among the nations and in the lives of your new missionaries,” Chitwood said.

This is the first Sending Celebration since November 2018 which featured missionaries who will be welcomed by all nine IMB affinities: American, Central Asian, Deaf, East Asian, European, Northern Africa and Middle Eastern, South Asian, Southeast Asian and Sub-Saharan African.

“Throughout our 175-year history, Southern Baptists have maintained an uninterrupted witness among the nations, in spite of famines, wars, civil unrest and even – as we are experiencing right now – a pandemic,” Chitwood said. “We’re grateful God has continued to expand His kingdom and allowed us to join Him in His work. And there is still work to do. That is why IMB is still sending Southern Baptist missionaries.”

At every Sending Celebration, new missionaries briefly share about their call. On June 9, many missionaries shared that they made a commitment to serve because of a short-term mission trip. Several said God called them to international missions before their spouses heard the call, so they prayerfully waited for the Lord to work in the hearts of their spouses.

This was true of Eric’s and Heather’s call to missions.

“Life as a husband, father and firefighter was comfortable until I realized God hadn’t called me to be comfortable,” Eric said. “After endless prayers, countless trials, seven children and medical school, I wrestled with God and told Him I wasn’t a missionary.”

Heather felt differently. After a missionary family visited their church and shared about their ministry, she knew the Lord was calling them on a similar journey.

“I just had to wait on [Eric] to catch up,” Heather said.

Ten years later, God gave both Eric and Heather a desire to serve in Africa. Their family is being sent by Ransomed Community Church in Florence, Ala., to serve in Sub-Saharan Africa.

Melissa grew up on the mission field in Nigeria where her parents served with the Foreign Mission Board (now the IMB). She said the necessity of sharing the good news was instilled in her at a young age, so much so that she wrote to the FMB at age 12 to volunteer to serve.

Nick, Melissa’s husband, studied forestry in graduate school. His life was heading in a different direction until he learned at a missions conference how he could use agriculture on the mission field.

Nick and Melissa are being reappointed after a time back in the U.S. They previously served in Kenya for 15 years and then in East Asia for seven years.

They are being sent by Chet’s Creek Church in Florida to serve in Southeast Asia.

Paul’s and Christina’s journey to the mission field spanned four continents and five countries. Both of their families emigrated from South Korea to South America — Paul’s family to Brazil and Christina’s family to Paraguay. They met through Paul’s pastor in Sao Paulo, Brazil.

Paul and Christina moved to the U.S. and then England to pursue theological training. They are returning to Brazil to train and develop church leaders at a seminary.

The couple said they are thankful for the prayers and training in evangelism and discipleship provided by their home church, Berendo Street Baptist Church in Los Angeles.

“These faithful workers are going out to share the gospel to the very ends of the earth,” Chitwood said. “Your prayers and financial support are needed now more than ever. Every church, regardless of its size or resources, has a part to play in reaching every nation with the gospel. And the nations are waiting. Thank you for doing your part.”