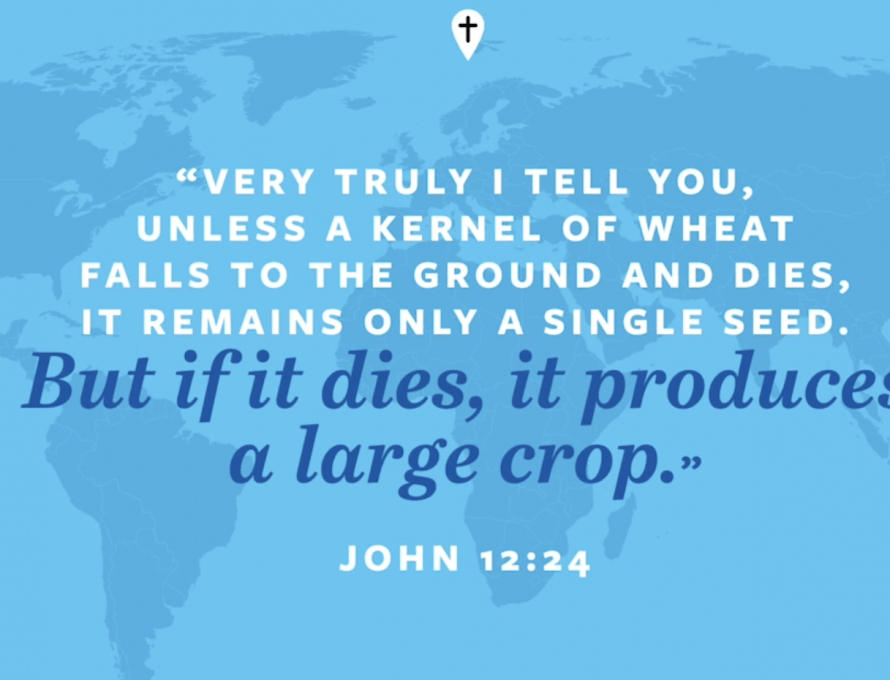 RICHMOND, Va. – On average, eight Christians died every day for their faith in 2019. That equals more than 2,920 people killed for the cause of Christ last year, according to the 2020 annual report from Open Doors’ World Watch List. In addition, 9,488 churches or Christian buildings were attacked, and 3,711 Christians were detained without trial, arrested, sentenced and imprisoned.

In recognition of the persecution faced by Christians around the world, the Southern Baptist Convention last year designated the first Sunday in June as a Day of Prayer for the Persecuted Church. In 2020, the day of prayer is set for Sunday, June 7.

IMB President Paul Chitwood affirmed the necessity of intercessory prayer on behalf of Christians suffering for their faith.

“Prayer is our greatest resource in the Great Commission, and it is also the greatest act of compassion we could perform for our brothers and sisters around the globe who are enduring persecution,” Chitwood said. “Just as the souls of those slain for their faith cry out in heaven, ‘O Sovereign Lord, holy and true, how long before you will judge and avenge our blood …’ (Revelation 6:10, ESV), we should cry out on behalf of those on earth who continue to suffer.”

“We ask God to give them courage and hope,” Chitwood said. “We know that their temporary suffering will be rewarded in eternity and pray that it will result in many being saved from among the nations.”

Throughout its 175-year history, Southern Baptists have maintained an uninterrupted witness among the nations, in spite of famine, war and civil unrest. This commitment has not come without sacrifice, Chitwood said.

Approximately 60 missionaries and children have died due to violent circumstances while serving with the International Mission Board (formerly the Foreign Mission Board) since the organization’s founding in 1845. The causes include accidents such as drowning, automobile and aircraft crashes, and ships lost at sea. They also include deaths as a result of war and criminal or terrorist acts. In some cases, the missionaries were targeted specifically because of their faith or missionary service.

Of those 60, more than 20 FMB/IMB missionaries lost their lives “as a result of human hostility in a cross-cultural setting,” said Scott Peterson of IMB’s global research team.

The first was J. Landrum Holmes who served in China. Holmes and his wife, Sallie, were appointed by the Foreign Mission Board in 1858 and arrived in China in 1859. Less than three years later, Taiping rebels murdered Holmes and Episcopal missionary Henry M. Parker. Although family encouraged Sallie Holmes to return to the U.S., the young mother chose to stay in China with her newborn son, Peterson wrote in a 2017 article.

Writing home, Sallie said at the time, “I think I might probably be instrumental in the conversion of more persons at home than here, but if I went home for that and other missionaries acted upon the same principle I doubt if there would be a missionary left in China.”

Sallie Holmes went on to mentor one of IMB’s most famous missionaries, Charlotte Digges “Lottie” Moon, for whom IMB’s annual missions offering is named, Peterson wrote. Lottie Moon also died while in active service aboard a ship docked in Kobe Harbor, Japan, December 24, 1912.

Although both Landrum Holmes and Lottie Moon died while in active service, neither is considered a “martyr.”

“The IMB does not typically refer to or describe our personnel who have died in active service as martyrs,” Peterson said. “In many cases, it is difficult, if not impossible, to determine if our personnel (who died due to violence) were targeted because they were missionaries or Christians.”

Terminology notwithstanding, the sacrifice of those who died while serving cross-culturally—regardless of the means or cause of death—is no less significant than those who were targeted specifically for their faith, Peterson said.

“The fact, that we do not use the term (martyr) does not minimize the significance of the lives and sacrifice of those who died while serving cross-culturally,” Peterson said. “We memorialize all of our personnel who die in active service regardless of the cause of death. Each of those is a sacrifice because of a life lived in obedience to Christ.”