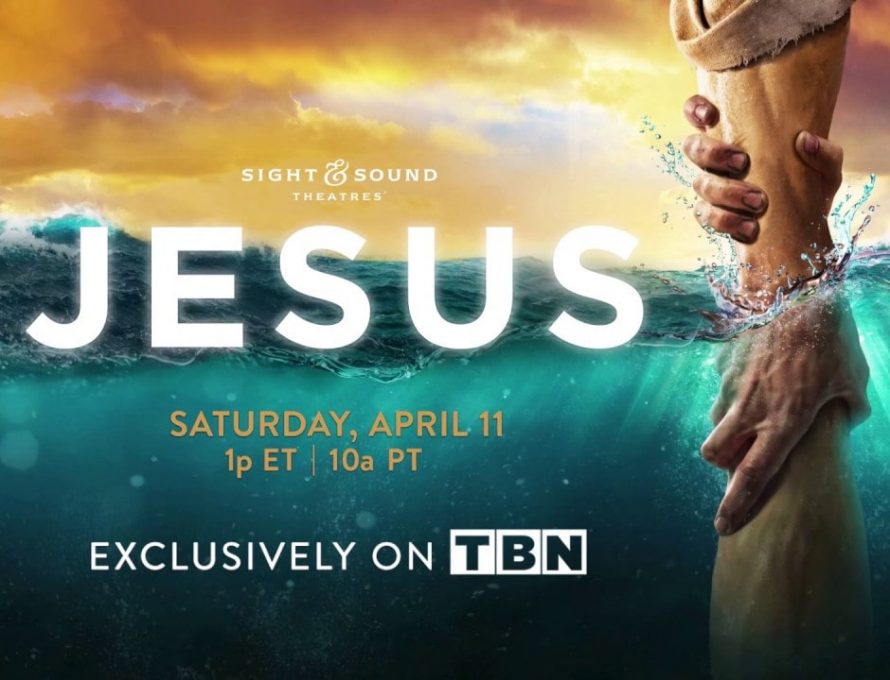 LANCASTER, Pa.  – An estimated three million people watched the first-ever TV broadcast of a Sight & Sound Theatres stage production on Easter weekend as JESUS debuted on TBN. Viewership included both traditional broadcast and digital streaming. Demand has prompted an encore broadcast on TBN on May 13, leading up to the wide release of JESUS on DVD and digital download on May 15.

“We’re thrilled to share this special encore television broadcast of JESUS on TBN,” said Sight & Sound Chief Creative Officer Josh Enck. “You may not be able to attend a theatrical event or worship services just yet, but audiences can still witness the greatest rescue story ever told as it comes to life on screen.”

The Pathway viewed an early screening of the show and found it be funny, engaging and extremely faithful to Scripture. It is appropriate and entertaining for all ages, going from Jesus’ calling of His disciples to His death and resurrection.

From the bustling streets of Jerusalem to the raging Sea of Galilee, JESUS is the musical adventure that has been seen by more than one million people on stage.

Filmed in front of a live audience, Sight & Sound’s spectacular original production is now coming to television and streaming devices everywhere. Witness some of the most awe-inspiring, miraculous events as Jesus sets sail with fishermen, challenges the Pharisees and heals the hurting.

Where to watch JESUS:

Wednesday, May 13: 8 pm CT exclusively on the TBN channel or watch live online through the TBN website/app. Visit jesusevent.com for more information.

The premiere television broadcast and digital event followed other Sight & Sound productions that made the journey from stage to movie screens, including NOAH in 2019, MOSES in 2018 and JONAH in 2017.

JESUS on DVD and digital download will be available to purchase from Sight & Sound at Sight-Sound.com, or from major platforms such as AppleTV and Amazon.