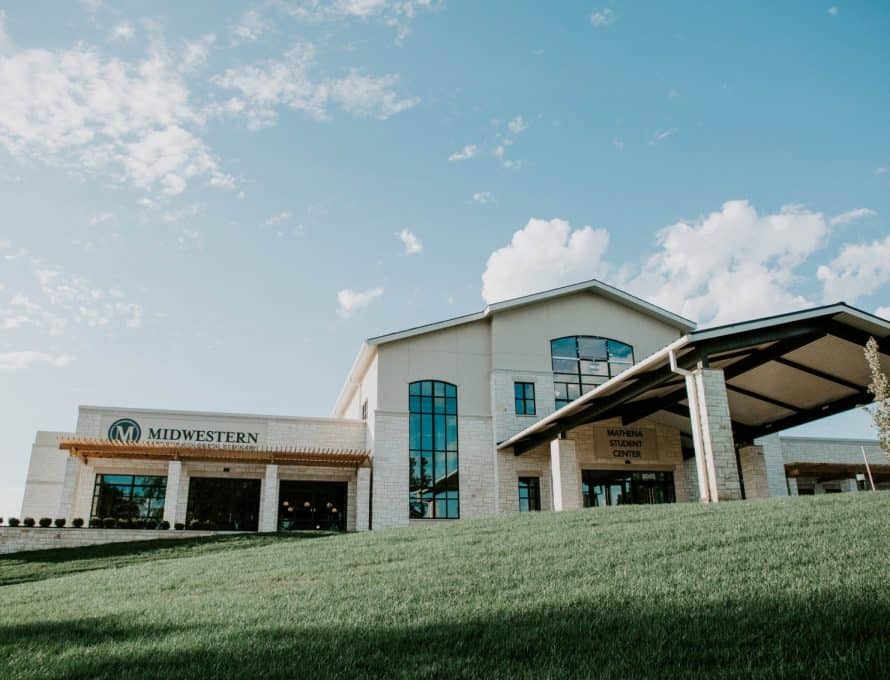 The seminary’s response to the COVID-19 pandemic and budgetary issues dominated updates from MBTS president Jason Allen, who underscored the seminary’s solid position despite these trying times.

“Our nation is clearly entering a season of economic disruption and uncertainty,” he said. “It is impacting not just businesses and families, but also churches, ministries and educational institutions. By God’s kind providence, Midwestern Seminary enters this season of economic uncertainty in a strong financial position.”

That includes a reserve of “nearly one year of operating expenses” in the form of “cash and unrestricted financial assets,” according to Allen, who added that MBTS’ annual operating expenses were approximately $17 million.

“We have a conservative budget model, wherein we plan to spend under our projected revenues,” Allen said. “More broadly, we have no long-term debt, and over the past seven years, we’ve caught up on nearly all campus deferred-maintenance needs. Strategically, we’ve maintained a smaller campus footprint, thus minimizing operating overhead, and contributing to our sustainable business model.”

Allen said while MBTS continually emphasizes financial stewardship in all areas of operations and decision-making, the issue has taken on critical importance in light of the pandemic and its effect on the economy.

“This is a season of focused stewardship for all ministries, including Midwestern Seminary,” he said.

Along with general trimming in many areas, MBTS has postponed hiring for some planned new positions, frozen salaries and postponed some capital projects.

“We’ll continue to monitor the situation closely and further reduce our budget as circumstances necessitate,” Allen said. “What is more, the Cooperative Program is essential to our work and to our students. Any negative impact the coronavirus crisis has on the Cooperative Program will have negative impacts on our ministry – and on the pastors, ministers and missionaries we’re training.”

He said MTBS would continue to closely monitor the coronavirus crisis – and the economic downturn it has spawned – noting its impact on local churches, students and theological education, and said if events warranted, the school would adapt accordingly.

“Wisdom and prudence are definitely the orders of the day,” he said. “Yet, we can look toward the future, even amidst gathering economic storm clouds, with hopefulness.”

“We’re thankful for God’s kind providence,” Allen said, “and that Southern Baptists continue to resonate with our vision – for the church.”

The Business Services Committee recommended to the full trustee board the adoption of the proposed 2020-21 budget as well as approval of the 2020-21 Schedule of Fees. Both recommendations were approved by the board.

Acting on recommendations from the Academic Committee, the trustees also re-elected Robin Hadaway as professor of missions and Gary Taylor Chair of Missions and Evangelism; Tom Johnston as professor of evangelism; John Lee as associate professor of New Testament; and granted approval for Michael McMullen’s sabbatical request.