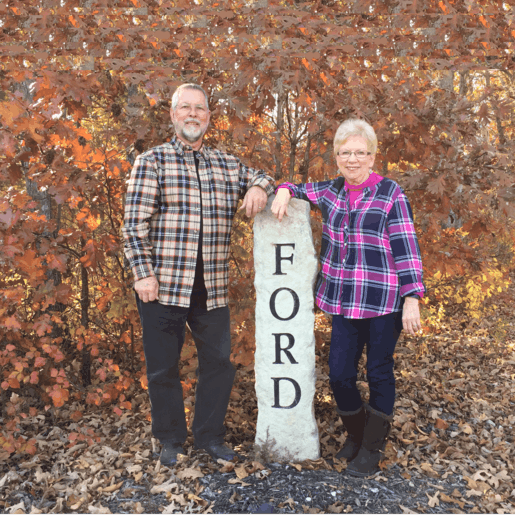 After earning a degree at Southwest Baptist University, David trained for the ministry at Midwestern Baptist Theological Seminary in Kansas City. He chose this seminary, of course, because it was in Missouri – and he never intended to live outside of the state.

But when David began dating Janene, she told him that God had called her to be a missionary during a GA’s camp when she was 9 years old.

“Well, I told her that I wasn’t interested in missions, and I wasn’t leaving Missouri,” David said. “Lo and behold, we decided that God wanted us to get married. She said that, if God wants us to be on missions, He’ll do it.”

And roughly nine years later, David realized that his wife was, indeed, correct.

In August 1978, the couple attended a pastors’ training conference in Glorieta, N.M. At the end of one session, the speaker extended an invitation unrelated to the conference theme.

“I don’t know why I’m saying this,” the speaker said, “but I believe someone here tonight is being called by God to sell everything they have and take their family overseas.”

Immediately, David knew God was speaking to him. He even answer out loud to the invitation. Janene elbowed him. She asked, “Who are you talking to?”

Then, David ran outside, struggling with this call to the mission field. By the time he got outside of the building, he was convinced.

“I told Janene on the way home,” David recalled. A few months later, in December 1978, the couple was appointed to serve far outside the borders of Missouri – namely, in Argentina – with the Foreign Mission Board (now called the International Mission Board). For the next 25 years they served faithfully as Southern Baptist missionaries.

“We served in Argentina most of our time in church planting,” David said, “and then we moved to Venezuela to do the same thing, church planting. But then I became what they called the mission president for the country of Venezuela for about three years, I guess. Then the regional leadership team asked me to come and be one of the field regional strategists for church planters, and I worked with about 20 church planting teams for a number of years. Then our last year we worked in Richmond (Virginia) as associates for all of South America.”

The couple retired from the mission field in 2009, but they have served faithfully to make disciples in Missouri ever since that time. Since the beginning of Freshwater Church, Jefferson City, they have been involved with training leaders and disciple-makers at the church.

Yet, even now, their ministry takes them far beyond the borders of Missouri. Late last year, for example, David was among the speakers at a Pastors Training Conference in the Puebla-Tlaxcala region of Mexico that was organized by the Missouri Baptist Convention.