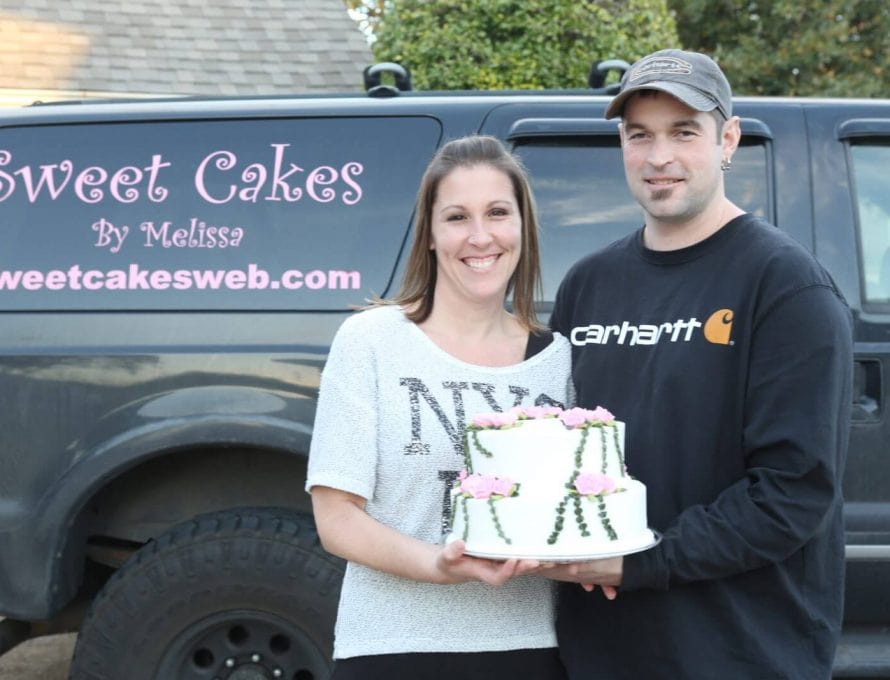 SANDY, Oregon – In early September 2013, Melissa Klein sat in her empty bakery and wept. She and her husband, Aaron, had finished collecting her pots and pans for storage. The counters and display cases were empty—no red velvet, raspberry cream, caramel apple, German chocolate or chocolate cinnamon ribbon cakes remained.

A sign on the front window read “CLOSED but still in business.” Beginning that month, Melissa would return to baking out of her home kitchen in Sandy, Oregon, where five years earlier she had started her business, Sweet Cakes By Melissa.

But this was no ordinary closure of an American family’s storefront business. Earlier that year, the Kleins declined to create a cake for a same-sex wedding because of Aaron and Melissa’s Christian views about marriage. To their surprise, they soon faced government reprisals — including a $135,000 fine — and a barrage of threats.

One protester posted on social media that he hoped their children would “get sick and die.” Another mentioned wanting to sneak “in their back door with a gun drawn to take you out of this world.” Local wedding vendors — such as photographers and florists — that promoted Sweet Cakes were badgered and harassed until they pulled endorsements from their websites. Soon the Kleins’ business dried up altogether.

Aaron and Melissa had no choice but to downsize in 2013. And three years later, they closed their business completely. Though they mourn the loss, they say their faith and marriage are stronger as a result of the ordeal.

Aaron and Melissa admit that, as teenage sweethearts, they had no concept of following God. At age 17, Melissa became pregnant with their first of five children. Roughly four months later, the couple married. It was a small ceremony: no flowers, no wedding dress and only a couple dozen guests.

Married life was challenging. Melissa, who was still completing high school, experienced the awkwardness and pain of losing friends who couldn’t relate to her new responsibility. And Aaron, who graduated a year ahead of her and worked for only $12 an hour, had to learn quickly what it meant to care for a family.

But amid these transitions, God began to work in their hearts.

“I remember waking up in the middle of the night, out of the blue, just thinking about life,” Melissa said. “I remember picking up my Bible and starting to read and having that urge to want to know more. I fully believe that was God calling me.”

When Melissa was 21 and pregnant with their second child, Ethan, she professed faith in Christ and was baptized. Aaron, on the other hand, had no interest in her beliefs. Adding to the tension, he began to drink in the evenings after work. When Melissa asked him to stop, he simply tried to hide the habit from her.

“Many times, Melissa dragged me to church,” he said, “and I sat in church feeling guilty as all heck because I had been drinking the night before.” But finally, in 2003, Aaron told Melissa that he couldn’t fight God any longer. He gave his life to Christ. As a result, he laid aside alcohol. This decision transformed their marriage.

“We both started wanting the same things,” he said. “We wanted to get involved in church. We started to want to do more for the Lord.” But they hadn’t imagined they would serve God in a bakery.

Eating your cakes and selling them, too

When their third child, Elijah, was about to turn 1, Melissa decided to make a special birthday cake for him. She found the perfect design — a two-tiered cake decorated with cars and skyscrapers made out of cookies.

“All my life I’ve loved to do art. So it was really exciting to do such a neat cake,” Melissa said.

This cake sparked an interest. Meanwhile, she baked cakes for her mother, who took them to office potlucks. As a result, people began to ask if they could buy her cakes, and Melissa discovered that she had found a way to contribute to the family income. She put an ad on Craigslist and received two wedding cake orders — for the same day.

In no time, word spread about her new baking business. By the end of the year, cakes covered the countertops in her kitchen and filled a large bakery rack in the dining room. “We can’t keep doing this,” Melissa told Aaron. “We don’t have a home anymore. It’s a full-on bakery in our house.”

Baking by the Good Book

After much prayer and scouting for a property, Aaron and Melissa found the perfect storefront location for the perfect price. When they opened the bakery in May 2008, their pastor came and prayed over the property. Because of all that God had done for them, they wanted to glorify Him through their business. Five years later, their resolve to honor God was tested when Rachel Cryer and her mother came in the shop to request a wedding cake. As Aaron filled out their paperwork for the order, he asked for the groom’s name. Cryer explained that there wasn’t a groom but two brides instead.

The following month, Cryer and her fiancee, Laurel Bowman, filed a complaint with the Oregon Bureau of Labor and Industries, which is tasked with defending an Oregon law—the Equality Act of 2007 —that says no proprietor can refuse service to customers based on sexual orientation.

After more than a year of legal wrangling, the Oregon labor commissioner ordered Aaron and Melissa to pay $135,000 to Cryer and Bowman and to “cease and desist” from refusing service to someone based on sexual orientation.

Since that time, the Kleins have fought for their constitutional freedom of religion by arguing their case in Oregon’s court system. In 2018, they appealed to the Oregon Supreme Court, which declined to hear their case. So on Oct. 19, 2018, they asked for a hearing from the U.S. Supreme Court, which upheld the religious liberty of Jack Phillips, owner of Masterpiece Cakeshop in Lakewood, Colorado, earlier that year.

The Supreme Court accepted the Kleins’ case and, in 2019, vacated the state court’s decision, sending the case back to Oregon for another review. On Jan. 9, 2020, the Oregon Court of Appeals once again heard oral arguments in their case.

Meanwhile, the Kleins closed their bakery in 2016, and Aaron returned to his previous work as a garbage collector, bringing in about half the income they had made previously.

“It got us on our knees a lot more,” Aaron said. “There were a lot of times when I’d be going through my daily tasks, and I’d be looking for Melissa. I couldn’t find her, but she’d be standing out in the pasture in her favorite spot, just praying.”

Even with the passing of time, the pain of loss remains. Every time she makes a birthday cake for her children, Melissa remembers her shop and the dreams she had of passing it on to her children.

“The kids were there practically every day with us,” she said. “They remembered it as their second home. Losing the shop was really hard on all of us. My daughter shared with me that she felt like a part of her childhood was just gone. And that crushed me.”

Nevertheless, Melissa praises God for the time she’s gained with her children during the past few years, especially since she began home-schooling. And Aaron says their hardship has ultimately been a blessing.

“It has drawn us so close to God and helped us to trust Him in ways that we never have before,” he said. “Standing on His Word is worth any trial you could ever possibly be put through.”