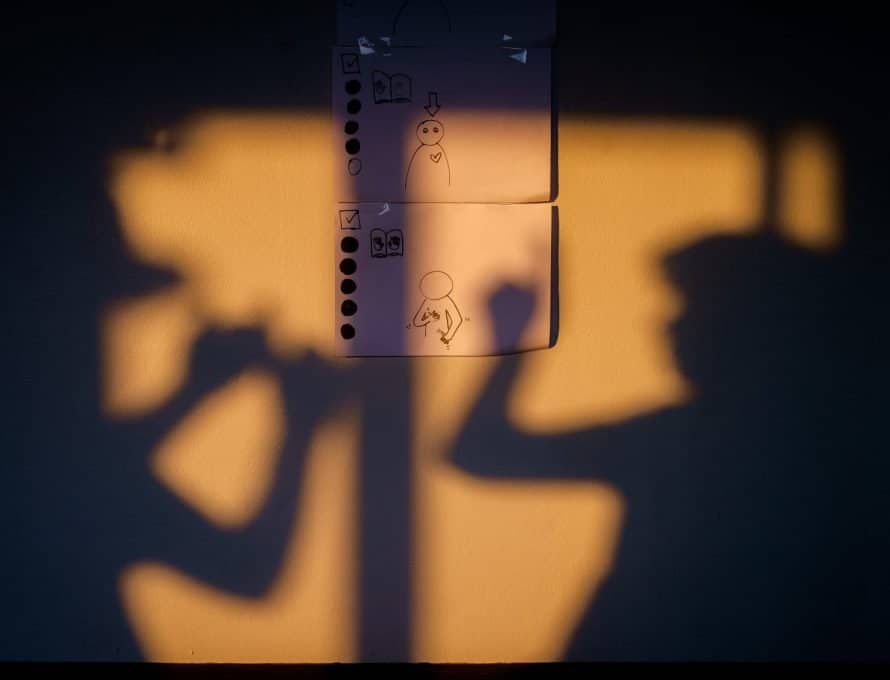 CHIANG MAI, Thailand – Sombat Apichai* understood only 50 percent of the Thai Sign Language interpretation of the sermon at his church in Chiang Mai, Thailand. The sermon was translated into what is known as word signing, which is in Thai word order, and is different from Thai Sign Language, thus making the translation choppy. To complicate things further, Thai religious vocabulary is hard to understand, even for hearing Thais.

Sombat and other Deaf Christians were unable to truly connect or intimately worship God because they didn’t fully understand and were never discipled. They didn’t really have a way to contribute or volunteer at church. They felt disconnected and isolated from the hearing members of their church.

Sombat and his wife, Alisara,* met IMB workers Victor and Madeline Hawthorne,* who invited them to Story One, a new church for the Deaf. The Hawthornes introduced them to Bible stories in Thai Sign Language.

Astonished, Sombat noticed the Hawthornes followed the Bible exactly when they signed, and they signed the story in the Deaf style—not in word-for-word sign like his hearing church did with their sign language interpretation.

Sombat and Alisara started attending a camp the Hawthorne’s hosted that taught Deaf Christians how to craft Bible stories in Thai Sign Language.

‘Crafting’ is a multi-step process to transform a two-dimensional written text into three-dimensional communication via drawing, dramatization, and dialogue. The aim is to accurately and clearly communicate the Word of God in Deaf people’s heart languages, which utilizes these three elements.

Believers at the camp were empowered to dissect Scripture and understand it for themselves. The Hawthornes gave them background to the Old Testament to help them as they crafted stories.

The process was time-consuming and difficult, but empowering.

Equality in the family of God

The faith of Sombat, Alisara, and other Deaf Christians flourished, and they realized they could play a vital role in the church and in the fulfilling of the Great Commission.

“When I joined the Story One church, it was the first time that I felt like I was equal in God’s eyes to a hearing person, and I was able to, for the first time, serve in a church without fear,” Alisara said.

The Christians met in the Hawthorne’s house. But it was far away from most of the members’ homes. They started meeting after work on Saturday in the food courts of shopping malls—often late into the night—until the mall security guard motioned for them to leave because the mall was closing. Eventually, the believers were able to rent property in a neighborhood for their church.

They now have a vibrant church that is Deaf-led, with equal participation and shared leadership.

Shared leadership in the church

They meet on Saturday nights, which is when most members have time off from work. The believers eat dinner and fellowship with one another prior to the service.

The members sit in a circle, so they can all see each other as they sign. Their core group of six Christians in their twenties and thirties alternate in their roles. Each week, one member is the storyteller, and another member does the dialogue.

Sombat and Alisara said Deaf Christians often feign understanding in mixed congregations of hearing and Deaf Christians because there isn’t usually time to ask questions, and if there is an opportunity to ask, there aren’t many hearing church members who are able to communicate the real meaning in Thai Sign Language.

But at their Saturday night church services, “Nobody goes away just faking understanding. It’s a true understanding. I can see in their expression and how they sign their responses,” Sombat said. “I don’t know their heart, but I know that at least they’re receiving God’s Word.”

After the dialogue and practice, the storyteller tells the story again. After that, they discuss the characteristics of God, Jesus, and the Holy Spirit that they find in the story.

A person who hasn’t yet signed the story then signs the entire story to cement biblical truths in the story. Another person retells the story, and they enter into a time of reflection.

Lastly, the person who was in charge of dialogue signs the story a final time. By the end of the service, church members see the story six or seven times, if not more. The Deaf are visual learners, and reading isn’t part of their heart language, so memorization and repetition are important.

The members are encouraged to share that week’s Bible story with someone else. Sombat and Alisara work at a hotel, and they share the stories with other Deaf staff there and in the market near their house.

Taking the gospel beyond their borders

Beyond sharing the gospel among the Deaf in Thailand, Story One church members are also sharing a message of empowerment to Christians in Nepal and Indonesia.

Sombat and Alisara compare their ministry strategy to when Jesus sent out the seventy-two. He first equipped them, then sent them out to spread the gospel message. Believers at Story One church recently had the chance to coach and equip Nepali Deaf Christians who traveled to Thailand to learn from their church model.

“We were able to share how we are empowered in Christ and have freedom even though we are still oppressed by hearing people. Christ and his church don’t do that,” Alisara said.

EDITOR’S NOTE: This article is by Caroline Anderson, a writer with the IMB. She currently lives in Southeast Asia.