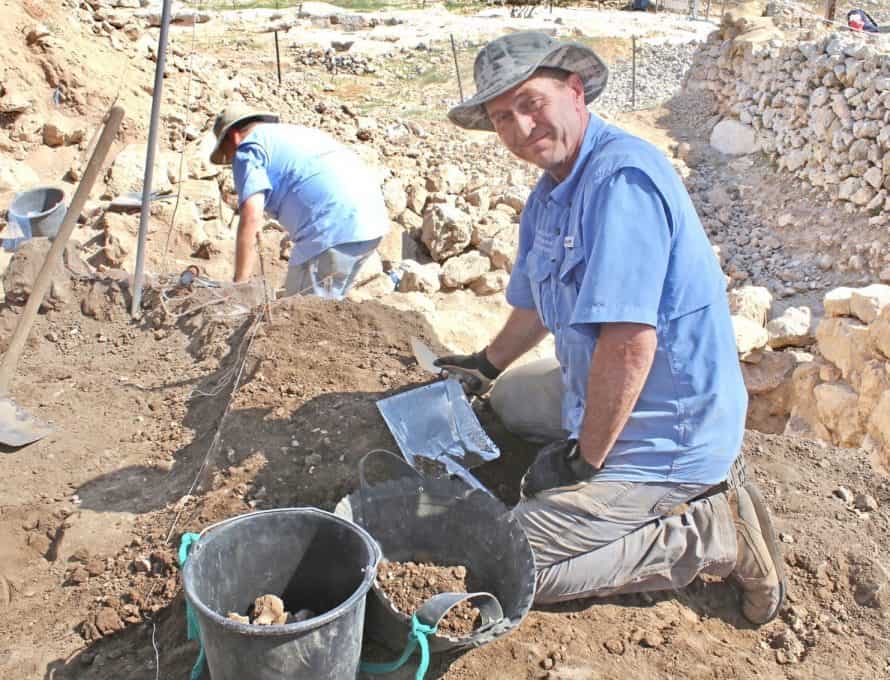 TEL SHILOH, Israel – Standing on the site of the biblical city of Shiloh at dawn, Missouri Baptist Pastor Durwin Kicker wondered whether the young boy Samuel stood on that same spot, looking out on a similar sunrise nearly 3,000 years earlier.

This same Samuel would go on to be a great judge over the people of Israel, eventually anointing the Israelite kings Solomon and David. But he had his beginnings in Shiloh. It was in this ancient city where, according to Old Testament book of 1 Samuel, a young wife named Hannah prayed for a child. Soon afterward, when she gave birth to Samuel, she brought the boy back to Shiloh to serve in the Lord’s presence in the tabernacle.

Kicker served for two weeks this summer as square supervisor during an archaeological excavation at the site of biblical Shiloh, sponsored by the Texas-based Associates for Biblical Research (ABR).

Biblical archaeology “brings the Scripture to life,” he said. “I get the sense that I’m very close to (the biblical characters); I’m right there where they stood.” Indeed, important biblical figures stood in Shiloh, which played an especially significant role in the early part of Israel’s history in the Promised Land.

“Ancient Shiloh is what we sometimes refer to basically as the first capital of Israel,” said Kicker, the pastor of First Baptist Church, Marshfield, and a trustee at Southwest Baptist University. “The tabernacle and the Ark of the Covenant were there. It was the place of worship.

The tabernacle or “tent of meeting,” described in detail in the Old Testament book of Exodus, remained at Shiloh during the days of the Israelite judges – famous biblical characters such as Deborah, Gideon and Samson. As such, Shiloh would have been the longtime home of the Ark of the Covenant. But soon after Samuel’s birth, the Philistines captured the Ark, which was eventually placed in Gibeon until King David set up his capital city in Jerusalem, moving the tabernacle and Ark there. The tent of meeting was ultimately replaced by a permanent structure when David’s son, Solomon, built the Lord’s temple in Jerusalem.

So, for nearly 400 years, the tent of meeting was located in Shiloh.

“The ultimate goal of the ABR is to see if it can be determined where the tabernacle stood in Shiloh,” Kicker said. “Of course, the tabernacle was designed to be a mobile unit. It moved through the wilderness for 40 years. So it may have moved around in Shiloh.”

But, then again, Kicker said that the Israelite people may have built a foundation for the tent of meeting, leaving it set up in one location within the city. If so, archaeologists may be able to locate evidence regarding the tabernacle’s longtime home.

Last year, in what Christianity Today dubbed one of the 10 most important archaeological finds for the year, ABR volunteers discovered a clay figurine shaped like a pomegranate.

“This is a priestly design,” Kicker said. Therefore, it may have been connected with Israelite worship at the tabernacle. According to Exodus 38:33, priests wore small pomegranates on the hems of their robes – though the figurine discovered at Shiloh was too large for this and was made from the wrong material. Also, according to 1 Kings 7:18 and 2 Kings 25:17, pomegranates were a common decoration in Solomon’s Temple.

“Could this ceramic pomegranate,” Kicker asked, “have been a decoration in the tabernacle? We don’t know, but it raises the question and causes us to ask if we’re in the area where the tabernacle stood.”