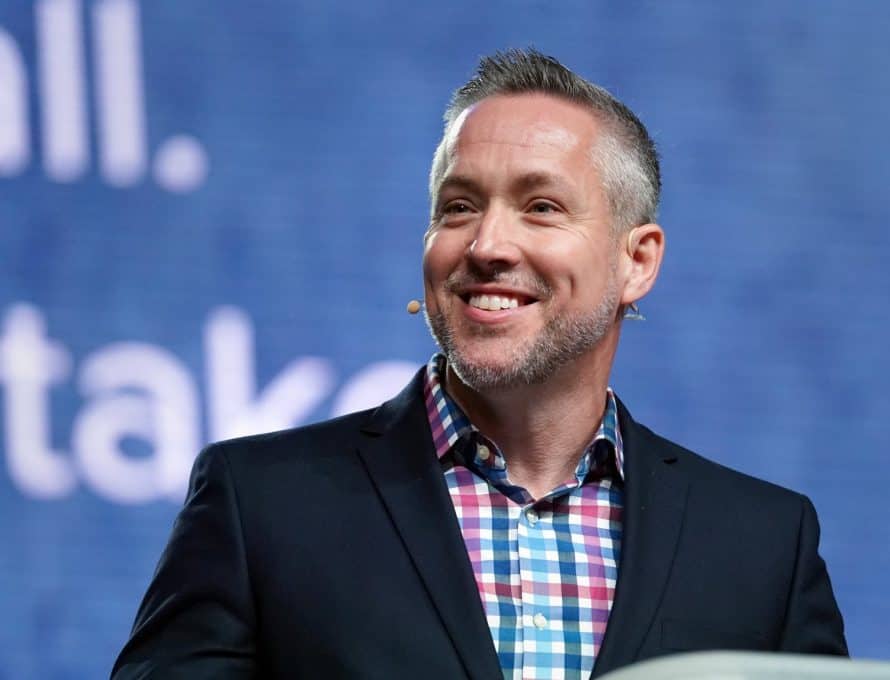 North Carolina pastor J.D. Greear was reelected by acclamation to a second term as president of the Southern Baptist Convention (SBC) during the June 11-12 SBC annual meeting in Birmingham, Ala. Photo by Kathleen Murray

BIRMINGHAM (BP) – North Carolina pastor J.D. Greear was reelected by acclamation to a second term as president of the Southern Baptist Convention during the June 11-12 SBC annual meeting in Birmingham, Ala.

Greear, pastor of The Summit Church in the Raleigh-Durham, N.C., area, was nominated by K. Marshall Williams, pastor of Nazarene Baptist Church in Philadelphia. No other candidates were nominated as president.

In his first year as SBC president, Greear focused on the “Who’s Your One?” evangelism initiative, which calls on believers to pray for and focus their evangelistic efforts on one individual over the course of a year in hope that person may come to know Christ. He also announced a Sexual Abuse Advisory Study, which will present its report to annual meeting attendees on Wednesday, June 12. Greear also has championed gender and ethnic diversity in his presidential appointments of SBC leaders.

During the 17 years Greear has pastored The Summit Church, worship attendance has increased from 60 in 2002 to nearly 10,000, according to statistics available through the SBC’s Annual Church Profile. Baptisms have increased from 19 in 2002 to 616 in 2018 at the church’s nine campuses.

The Summit Church has given close to $1 million over the past two years through the Cooperative Program (CP), Southern Baptists’ unified program of funding state- and national-level ministries, according to the Baptist State Convention of North Carolina. The church has been the top CP-contributing church in terms of dollars given each year from 2016-18.

The Summit Church has planted 292 churches to date, including 244 outside the U.S., with a goal of planting 1,000 churches in 50 years. Close to 200 Summit members are serving as International Mission Board missionaries.

Prior to the SBC annual meeting, in written comments to Baptist Press, Greear said, “I believe our best days of cooperative mission are ahead of us if we refocus to keep the Gospel above all our preferences, styles, theological leanings and cultural differences.”