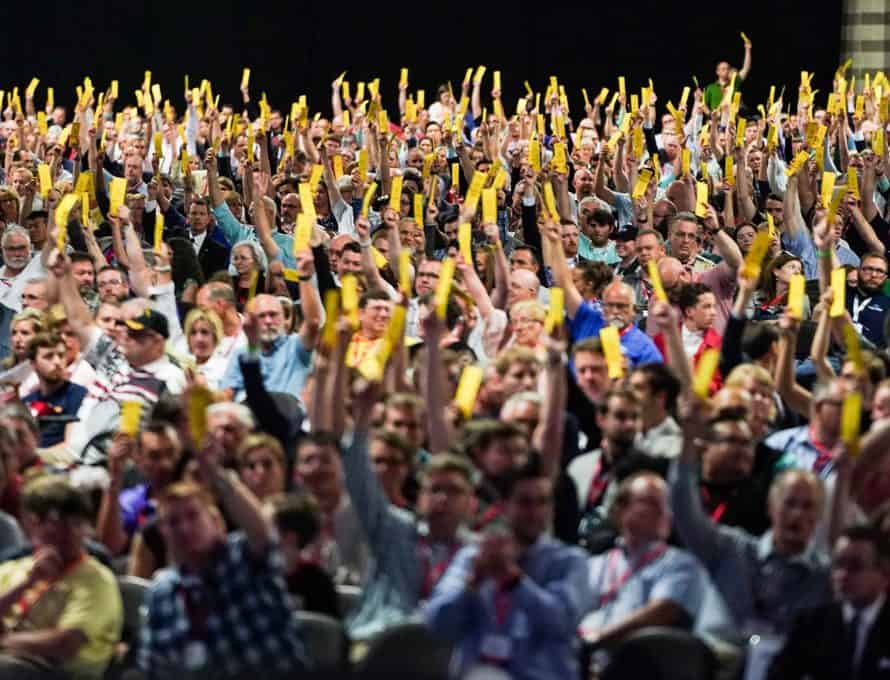 BIRMINGHAM, Ala., (BP) – A new digital opportunity will be available to Southern Baptist messengers at this year’s SBC annual meeting in Birmingham, Ala., according to a release by recording secretary John Yeats.

Messengers will be able to “pre-file” the text of their motion or amendment and contact information with the recording secretary prior to the time of introducing new business or debatable recommendations, or resolutions, Yeats told Baptist Press.

Yeats noted for the past three years, he and the Executive Committee staff have been studying ways to “improve the efficiencies of motions and amendments moving from the microphone on the floor of the convention to the platform using digital devices.”

Using the digital process, the messenger sends the text of the motion or amendment to recordingsecretary@sbc.net, Yeats said.

He added, “Instead of waiting on the page to walk the motion or the amendment from the microphone to the platform, the new pre-file process enables the recording secretary to more speedily give the information to the president and the parliamentarians.

“Technically,” he noted, “a new motion does not become a motion until the messenger is recognized by the chair and the messenger states his/her motion/amendment.” During the introduction of new business sessions, he said, the SBC allows messengers to simply state the title of their motion and the motion is automatically referred to the Committee on Order of Business.

“With motions to amend,” Yeats said, “the recording secretary listens for precise language the messenger uses at the microphone because the audio takes precedence over any written or digital copy.”

Yeats pointed out that any messenger making a motion, and using the “pre-filing” option, should carefully read exactly the language they have sent digitally.

“It would still be wise for the messenger to use a printed copy for speaking at the microphone and submitting it to the page for movement to the platform,” he said. “The new pre-file process enables the information to be more readily accessible at the platform.

Although a messenger has pre-filed the text of their motion with the recording secretary, if time for business expires and a messenger is not given the opportunity to speak at the microphone, their pre-filed motion will not be considered viable by the Committee on Order of Business. If time expires in the first introduction of business, a messenger does not need to digitally resubmit the text of their motion to the recording secretary.