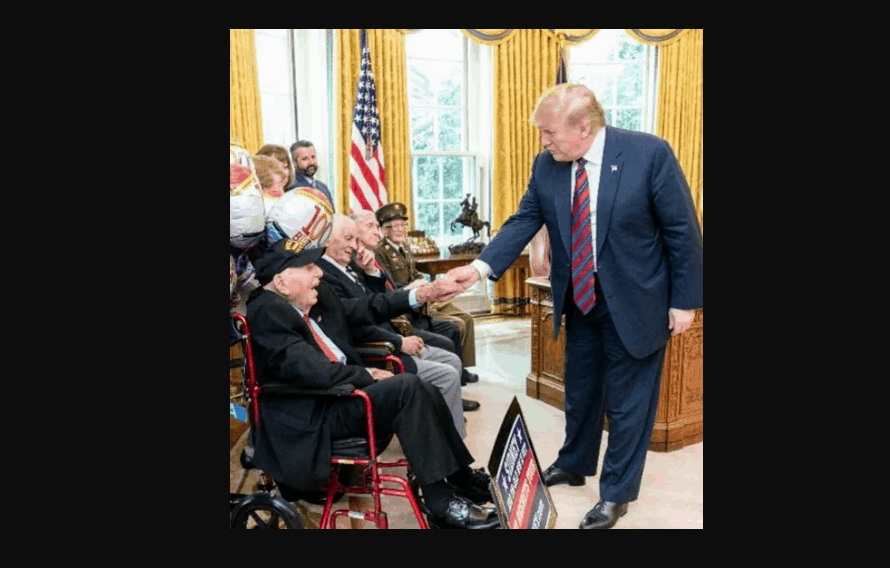 CHARLESTON, SC - Sydney Walton meets with President Donald Trump April 11. Walton will be at the National Day of Prayer Rally at the Missouri Capitol May 2.

JEFFERSON CITY – A 100-year-old World War II veteran who recently visited President Donald Trump at the White House is scheduled to be the special guest of Gov. Mike Parson at Thursday’s National Day of Prayer event, noon, in The Rotunda of the State Capitol, the governor’s office confirmed Friday. This year’s observance is a salute to Missouri’s active duty military, reserves and veterans.

Dubbed “The No Regrets Tour,” Walton has been to many places and done many things in life, but one of his biggest regrets was not meeting some of the last Civil War veterans when he had the chance. To make up for that, he’s traveling all 50 states to give Americans the opportunity to meet one of the last living World War II veterans.

A free, hot lunch will be provided for all military, veterans and lawmakers on the south lawn of the State Capitol immediately following the service. Missouri Baptist Convention Disaster Relief and Kansas City-based Taking It to the Streets will provide the meal.

The service in The Rotunda is free and the public is encouraged to attend.