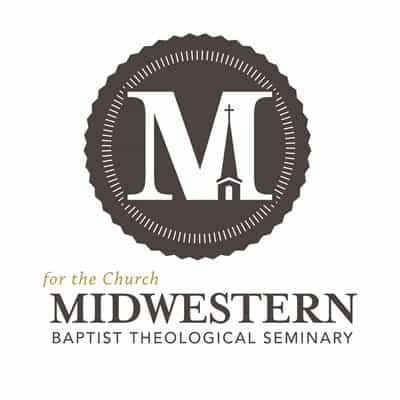 During his report, MBTS President Jason Allen announced to the board a need for the school to adopt the Nashville Statement, which was published in 2017 by the Council on Biblical Manhood and Womanhood in partnership with the Ethics & Religious Liberties Commission of the Southern Baptist Convention. The document is a statement of faith relating to human sexuality and gender roles. The statement expresses support for biblical definition of marriage, for faithfulness within marriage, for chastity outside marriage, and for a link between biological sex and self-conception as male and female. To read the Nashville Statement in its entirety, visit https://cbmw.org/nashville-statement.

“In light of ever-changing cultural norms and expectations toward marriage, gender, and sexuality, and in recognition that Southern Baptists are a confessional people, expecting their entities to maintain faithfulness to Holy Scripture and a clear witness to the world, Midwestern Seminary will strengthen its doctrinal clarity, witness, and legal standing by formally adopting the Nashville Statement,” Allen said.

In a recommendation originating in the seminary’s executive committee and brought before the full board, the motion to adopt the statement passed unanimously.

Allen also reported to the board that the institution had a record enrollment for the spring semester and discussed the operating budget planned for next year.

In presenting the institution’s spring semester enrollment, Allen noted that both headcount and hours sold had reached record levels.

“The Lord continues to bless Midwestern Seminary with a season of incredible enrollment growth,” Allen said. “If all trends continue, we are on course to have approximately 3,800 students enrolled this academic year. This is up from 1,107 students in 2010-11. We continue to emphasize the residential M.Div., but our online, master’s, and doctoral degree programs continue to flourish as well. Additionally, Spurgeon College continues to trend upward in many areas. We thank God for this great stewardship and for his evident blessing upon our institution.”

Also, during his report, Allen informed trustees about the school’s operating budget for 2019-20. In presenting the coming year’s budget of $25.4 million, Allen noted that the aim of the institution’s business model is to properly steward the finances supplied by God, as provided through the SBC’s Cooperative Program, tuition and other revenue streams.

In a recommendation from the Business Services Committee to the full trustee board, a motion was made to adopt a resolution addressing tuition benefits for Midwestern Seminary’s full-time employees.

The resolution, which passed unanimously, reinstated tuition benefits to full-time employees’ spouses and children to 100 percent. The benefit had been reduced to 50 percent during a season of financial hardship for the seminary approximately eight years ago.

“The approval of this resolution by our Board of Trustees brings me great pleasure, as it will honor the hard work and dedication of our full-time employees,” Allen said. “In great part due to their tremendous work ethic and efforts, our institution has reached a position of significant health, and we are now able to reward that strong work by reinstating this benefit for their families. We thank God for them and for his blessings in allowing us to fully restore this benefit.”

In other business, during the plenary session the trustees re-elected and promoted faculty members and selected board officers for the upcoming year.

With nominations coming from the Governance Committee, trustees reelected its current officers. John Mathena, a businessman from Edmond, Okla., will serve a second term as chairman; Lee Roberson, a businessman from Hobbs, N.M., remains first vice chairman; Chad McDonald, a pastor from Lenexa, Kan., will continue as second vice chairman; and Bryan Pain, a pastor from Duncan, Okla., continues his responsibilities as secretary.

Midwestern Seminary’s trustee board consists of 35 members and meets biannually in October and April.