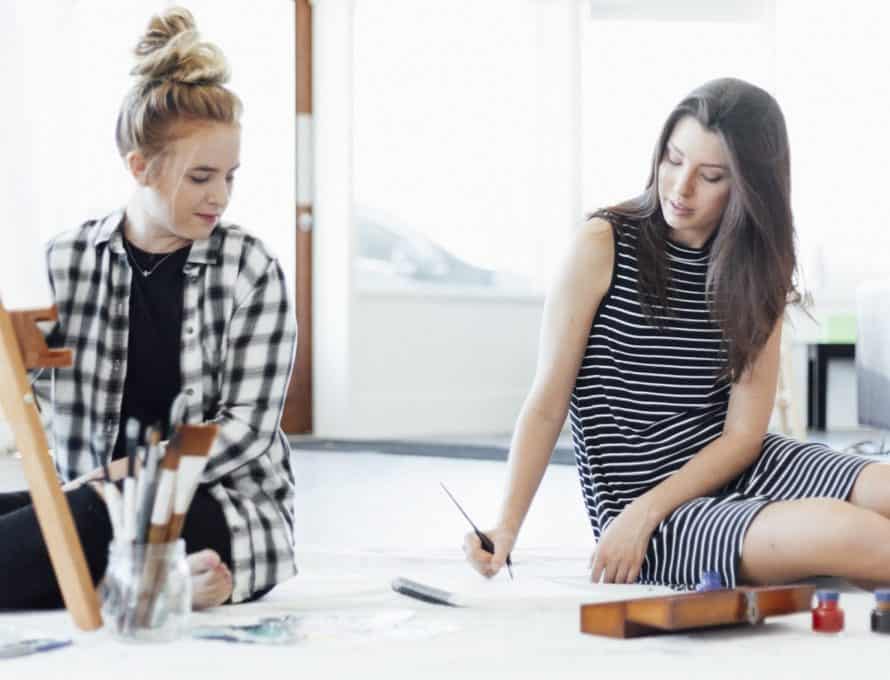 The Southern Baptist Ethics & Religious Liberty Commission has urged the Arizona Supreme Court to protect the freedom of artists Joanna Duka (right) and Breanna Koski (left) to operate their business in keeping with their Christian beliefs.

PHOENIX (BP) – The Southern Baptist Ethics & Religious Liberty Commission has urged the Arizona Supreme Court to protect the freedom of two artists to operate their business in keeping with their Christian beliefs.

The ERLC, joined by eight other parties, filed a friend-of-the-court brief Dec. 20 requesting the state’s justices reverse a lower court’s support for a Phoenix ordinance requiring Joanna Duka and Breanna Koski to use their painting and calligraphy business for same-sex weddings. The owners of Brush & Nib Studio in Phoenix contend the law forces them to communicate a message in violation of their faith.

Oral arguments before the Arizona high court are scheduled for Jan. 22. The case is one of several in the courts that involve the clash between the legal status of same-sex marriage and the rights of business owners who have declined to offer their services for gay weddings.

The brief’s author – Michael Whitehead, a lawyer in suburban Kansas City, and a Southern Baptist – told BP in a written statement that Duka and Koski work with everyone but don’t promote every message.

“Joanna and Breanna say they cannot approve in their artistry what God has disapproved,” Whitehead said. “It was important that the ERLC and others stood up for these two young women who have refused to bow the knee to the city’s coercive ordinance. Mutual respect includes respecting rights of conscience of people of faith.”

The brief urges the court “to recognize and reaffirm the fundamental role that faith plays in the workplace.”

The Phoenix ordinance prohibits “places of public accommodation” such as Brush & Nib Studio to refuse service based on multiple categories, including “sexual orientation” and “gender identity or expression.”

Duka and Koski said the city’s interpretation of its law not only violates their religious freedom but unlawfully restricts their artistic expression. They said they serve people regardless of sexual orientation but will not provide services for same-sex marriages.

“Courts have never conditioned an individual’s constitutional rights to free expression and free exercise on that person’s willingness to keep her faith under a bushel basket and not engage in commerce,” the brief says.

The city’s effort to use government power to coerce religious adherents and their communities “to choose between violating their deeply held beliefs or withdrawing from the public square entirely … is to needlessly penalize people of faith, to wound the country’s long tradition of celebrating and protecting religious exercise, and to depress the fundamental pluralism that motivated our country’s founding,” according to the brief.