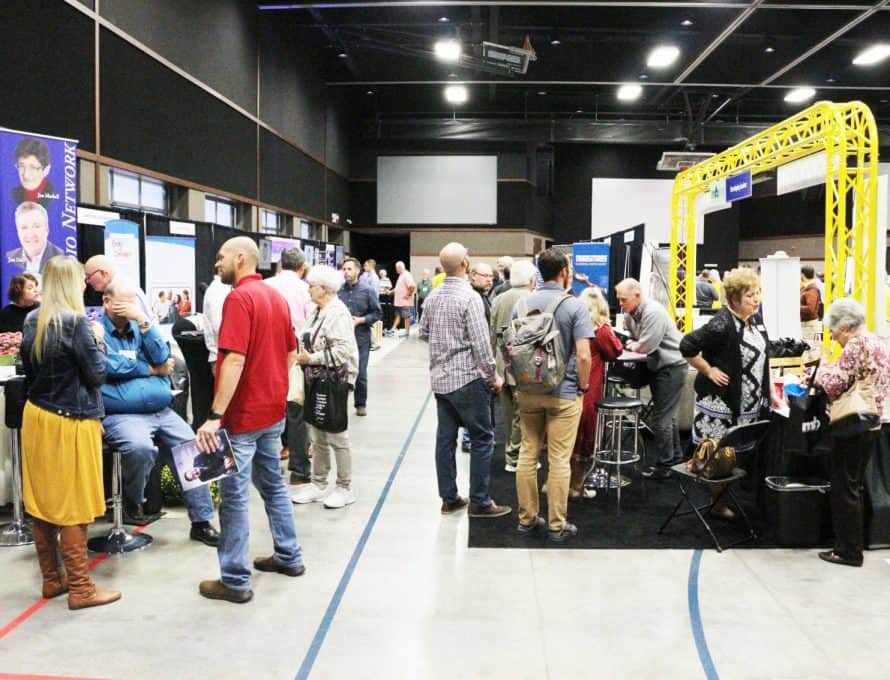 SPRINGFIELD – Messengers and guests at the Missouri Baptist Convention enjoy conversation and resources to be found in the exhibit area during the annual meeting at Crossway Baptist Church here, Oct. 22-23.

Although this year’s meeting was shortened to only two days, attendance rose slightly this year, as compared to the previous two years. A total of 1,042 messengers and 184 visitors from 451 churches gathered in Springfield. 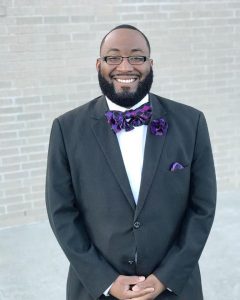 Jon Nelson was elected as the MBC’s First Vice President. He is believed to be the convention’s first black officer. Nelson is an MBC church planter and pastor of Soma Community Church, located near the campus of the historically black Lincoln University in Jefferson City.

During his annual address, MBC President Ken Parker called Missouri Baptists to take the lead in racial reconciliation both in the state and across the nation.

Speaking on the annual meeting’s theme, “Steady,” Parker told messengers and guests that conflict would certainly arise as churches labor to make disciples and multiply churches across the state and around the globe.

“Obstacles and attacks will come,” Parker said, “even when we’re fulfilling our God-given destiny.”

Indeed, obstacles came to God’s people in Exodus 17:8-16, when they were attacked by the Amalekites. But, as God so often does, he used “people to fight the battles,” Parker said. In this case, God commanded Moses to stand on a hill overlooking the battle and raise his arms, with his staff in his hand. As long as his hands were lifted, the Israelites would succeed in battle. But, as is common with men and women of God, he couldn’t fulfill the task alone. After some time, Moses grew weary, and two men – Aaron and Hur – came to his aid. They stood on each side of him, holding his hands “steady until the sun went down” (vs. 12).

“Sometimes we just need a little help to remain steady,” Parker said, and there isn’t any shame in this. “Having others help is not a sign of weakness, but of humanity.”

Likewise, in his address to messengers, MBC Executive Director John Yeats reminded Missouri Baptists of the gospel foundation that would allow them to remain steady in ministry.

“If you find yourself in a place of ministry where you sense you are stuck in the muddy clay, then consider afresh that the Lord is your solid rock,” Missouri Baptist Convention Executive Director John Yeats said in his address to the convention. “Let’s agree that it is the gospel that changes lives, not all the popular propositions that want to attach themselves to the church.”

At the recommendation of the MBC Executive Board, messengers also approved an amended version of the Missouri Baptist Children’s Home’s (MBCH) Articles of Incorporation and received the MBCH’s amended Bylaws. These approved amendments brought the MBCH’s governing documents into line with the MBC’s revised governing documents, which messengers approved during their annual meeting in 2017.

Also, messengers approved a special offering, collected on Oct. 23, to benefit the Freeway Ministries, a ministry founded in 2011 by Crossway Baptist Church members John Stroup, Mike Aye and Rick Lechner to help Baptist churches reach out to ex-cons, drug addicts and the homeless. Since its founding, Freeway Ministries has partnered with churches across Missouri; in Omaha, Neb.; and in