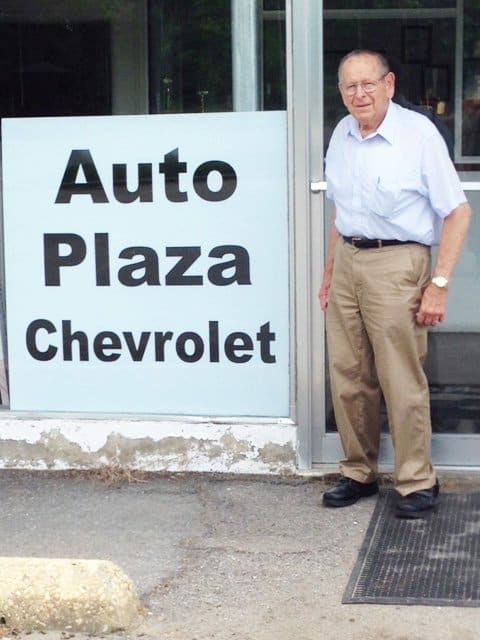 OAK RIDGE – Bill Rhodes sells cars at Auto Plaza Chevrolet in Marble Hill to make a living. He also serves the Lord as a pastor at Caney Fork Baptist Church, Oak Ridge.  He thinks both of the occupations are a way to minister to people.

“I think the good Lord put me in that place to show that a car salesman does not have to be a liar,” Rhodes said with a smile.  He has been selling cars in Marble Hill since 2005.

Pastor Rhodes grew up in southeast Missouri.  He said he was saved as a nine year old boy and that God was trying to call him to preach when he was 15 years old. “I did not surrender then,” Rhodes said. “I looked around at all the world had to offer for a few years.”

In 1971 he moved to Pascagoula, Mississippi near Biloxi, to work in a shipyard.  He was married to his wife, Pauline and they started their family.  But Rhodes said he had not fully committed himself to the Lord.

“Then God began to show me He wasn’t going to put up with this anymore,” he said.

His little daughter, Debbie, was nearly run over by a car.  Shaken to the core by the near miss, Rhodes said, “I knew we were not in church where we should be.  I was not really putting God first.  After that we didn’t miss church much.”

Then they moved to Houston, Texas, for a while to do construction work.  But they missed home and on a visit back to southeast Missouri in 1989 they felt that God was saying, “Move back home.”  So they did.

A year or so later a deacon told him there were some smaller churches needing pastors and asked if he would consider preaching for them.  He did and later was called to be pastor at White Oak Baptist near the town of Glen Allen.

That was the first of three bivocational pastorates for Rhodes.  Currently he is a pastor and has worked in the community for 28 years.

“I can pastor a small church because this job (selling cars) allows me to live comfortable and accept a smaller salary from the church,” he said.

Asked if there were any disadvantages to being a bivocational pastor, he said, “Not really.  The people who own the dealership allow me to take time off for funerals and things.”

He said he gets to meet a lot of people he would never get to meet. He has led people to the Lord at the dealership, though he said he “tries not to push his faith on anybody.”

His wife, Pauline, said she loves that he serves in a smaller, bivocational church.  “I love singing gospel music. I teach the ladies class, and I help out by singing at funerals and weddings. It is a partnership … a lifestyle.”

Oak Ridge Baptist deacon Elden Wilson said Rhodes doesn’t talk too much about his other job selling cars.  “But I think it makes him better in touch with the common man.”  His priority is the church, Wilson said. “If a disaster happens, he is right there.”

Loretta Wilson, whom Rhodes said is kind of the “grandmother of the church,” said the church runs about 35 in attendance.  “It was larger in the past, and we had a full-time pastor.” Now they do what they can.

Missions is important there and they really get involved in the Operation Christmas Child shoebox gifts in the fall of the year. They sent out 800 boxes last year.

“Brother Rhodes ministers to the sick as well,” Wilson said. “Lots of prayers.”

For now, selling a few Chevy cars and trucks during the week and preaching on Sundays, ministering wherever he can—that’s the lifestyle God has given to Pastor Rhodes.