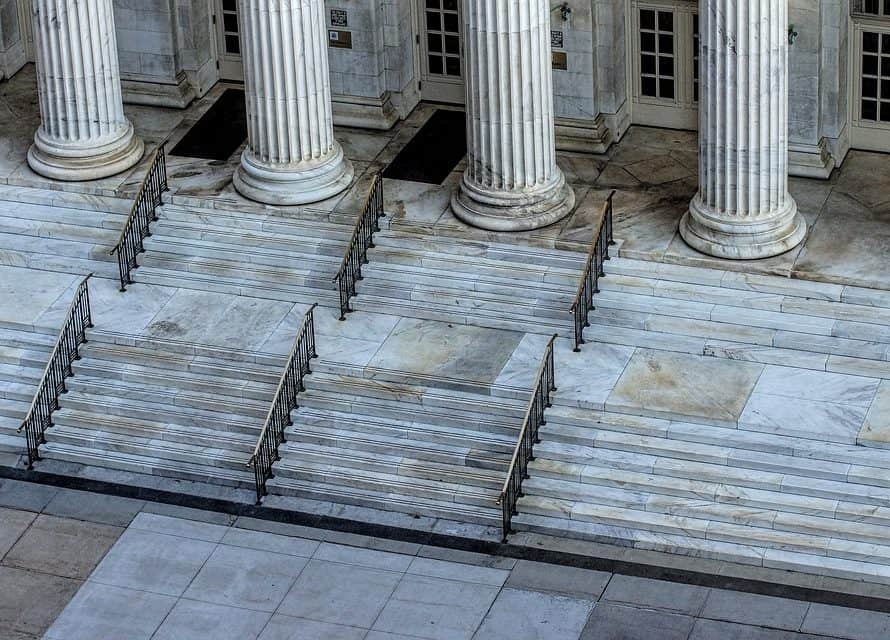 KANSAS CITY – The Baptist Home and Missouri Baptist University (MBU) attorneys asked the Kansas City Court of Appeals on Sept. 13 to reverse a trial judge’s 86-page judgment that restored both entities to their former legal relationship to the Missouri Baptist Convention (MBC).

The Home and MBU are the last two of the five MBC entities that changed their charters in 2000-2001 to become “self-perpetuating boards,” breaking away from MBC oversight and accountability, and the right of MBC to elect the boards of trustees. Missouri Baptist Foundation (MBF), Windermere Baptist Conference Center, and the Word and Way also broke away in similar fashion. Estimates at the time put the value of combined assets of the breakaway corporations at more than $250 million. After nearly two years of seeking a non-judicial resolution, MBC filed a declaratory judgment action in Cole County Circuit Court in August 2002, seeking restoration of the former charters.

MBC won the recovery of the Missouri Baptist Foundation after a similar hearing three years ago. Jeremy Root, the MBC ’s attorney on Sept. 13 asked the Court to follow the law in the Foundation case to the Home and MBU, and bring the 18 years of litigation to an end.

“Yesterday was September 12,” Root began his argument. “Eighteen years ago on Sept. 12, 2000, the Baptist Home trustees went into a secret session and voted unanimously to change their articles of incorporation, to break away from accountability and oversight by the Missouri Baptist Convention.”

John Yeats, MBC executive director, was in the courtroom for the hearing, along with Randy Comer, director of missions, Barry County Association and chair of the MBC’s Agency Restoration Group.

“Judge DeMarce’s ruling was well-reasoned and conclusive. We pray that the appeals judges will affirm the trial court order and bring to a close this long ordeal. We are eager to welcome Missouri Baptist University and The Baptist Home back into the MBC family, and we look forward to the same kind of smooth transition we have had with Missouri Baptist Foundation,” Yeats said in a written statement afterwards.

In 2009, a different appeals panel heard the Windermere case, and ruled against the MBC because the Windermere charter did not contain a “consent clause,” giving the MBC an express right to approve any charter changes. Without such a clause, the Court held, MBC could not prevent entities from amending their charters to “unilaterally extinguish” MBC’s rights to elect trustees. Word and Way’s articles also lacked a consent clause, so MBC dismissed that case, assuming the Court of Appeals would follow the same rule.

In 2010, a trial judge ruled in favor of the MBC in the Foundation case, finding that the MBF charter contained the all-important consent clause. In 2016, the Court of Appeals affirmed the trail court and restored the Foundation to MBC accountability. That opinion, written by Judge Alok Ahuja, turned on the fact that the MBF charter contained a “consent clause” giving the MBC an express right to approve any charter changes. MBF’s charter change in 2001 was without MBC approval, so the Court declared the amended charter to be unlawful and void. The Court restored the 2001 pre-amendment charter, restoring MBC’s right to seat the trustees elected by MBC messengers.

After the Foundation decision, MBC returned to the Cole County trial court and asked that the same rule be applied to the remaining two agencies, since the Home and MBU charters also contained the crucial “consent clause.”

In Sept. 2017, Special Judge Karl DeMarce held that trustees of the Home and MBU violated Missouri law in 2000 and 2001 when they cut off the MBC’s right to elect trustees and other rights, in spite of clauses requiring MBC approval of any amendments. DeMarce simply applied the law of the 2016 Foundation case to the facts in the Home and MBU cases.

After a year of written briefings, attorneys for the parties presented oral arguments to a three-judge panel including Judges Ahuja, Rex Gabbert, and Thomas N. Chapman, the newest judge on the court, recently appointed by Gov. Mike Parson. It was Chapman’s first hearing since his appointment. Ahuja and Gabbert were also on the 2015 panel which voted 3-0 to affirm the trial judge in the Foundation case. Ahuja wrote the Foundation opinion, released on May 24, 2016.

Attorneys for the Home and MBU had 15 minutes to split for their opening, and 5 minutes to share for rebuttal. Attorney Michael Blumenthal argued first for the Home. He focused on the argument that Section 355.141 of the Missouri non-profit code denies standing to MBC for a challenge to a corporation’s “power to act.” MBC’s challenge to the amendment process is really a power to act challenge, he said, so a lawsuit could only be brought by a corporate member or trustee, or by the attorney general, according to the statute.

Attorney Steve Hiotus of St. Louis argued for the University, and focused on complaints about the 2001 MBC nominating committee guidelines. He claimed that several MBU trustees eligible for another term were not nominated by the committee for political reasons. He said MBC acted in bad faith, or breach of fiduciary duty, and this justified MBU’s breakaway. Ahuja expressed surprise that MBU would just amend away all MBC rights if MBU disagreed with MBC, in spite of the consent clause. He said it was like a firing a “blunderbuss” to amend its charter to extinguish all of MBC rights just because of these disagreements.

The judges asked numerous questions about statutory interpretation on the key non-profit statutes at issue in the case. At the end of the hearing, it appeared some judges could go either way, depending on how they decided to interpret a couple of statutes. MBC attorneys said they can’t predict the likely outcome based on the court’s questions.

Comer urged Missouri Baptists to continue to pray until a decision is announced. “Pray for Judges Gabbert, Ahuja and Chapman. Pray for students, residents, families and staff of these institutions we love, that we long to see restored to our MBC family.”

Court rules do not impose a deadline for a ruling, but it is not uncommon for the court to take 3-6 months to draft and issue an opinion.