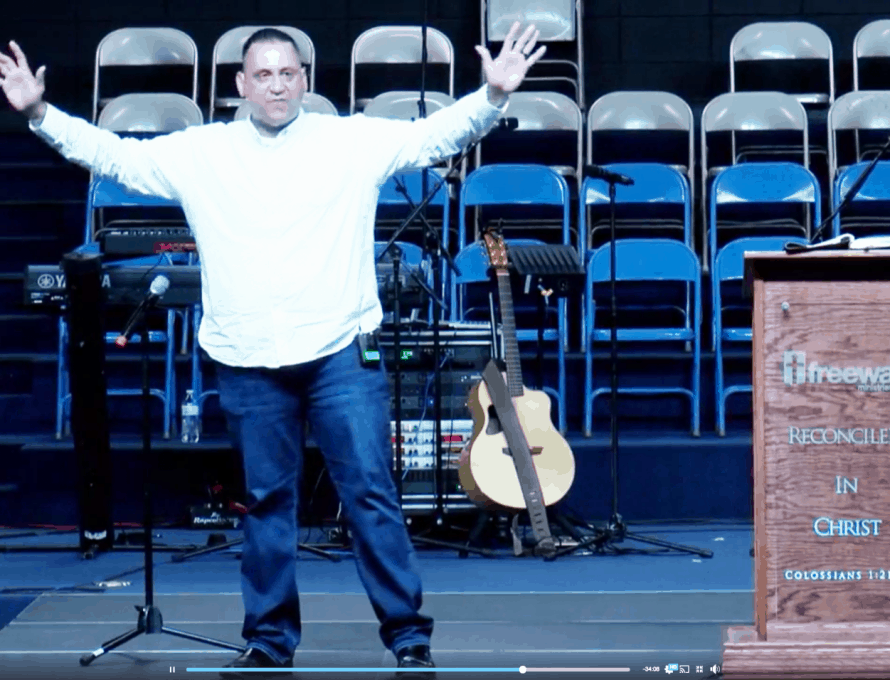 SPRINGFIELD – Nearly a thousand people gathered on the campus of Baptist Bible College here for each evening of the “Save Our City” revival here, Sept. 13-15. The event was organized by Freeway Ministries, a ministry based out of Crossway Baptist Church here that reaches out to ex-cons, drug addicts, the homeless and other hard-to-reach people.

During the revival 11 professions of faith were recorded, although many also flooded the altar each night to repent and to pray. Alongside the crowd of nearly 1,000 that showed up on site each night, roughly 6,000 people from across the world live-streamed the event. Two reported having come to Christ while watching the live-stream.

John Stroup, co-founder of Freeway, was among the featured speakers at the revival. Stroup told The Pathway that revivals are a God-ordained method for reaching people for the gospel and for calling Christians to find spiritual renewal. During the revival, he made it clear that no one is too bad or broken to find God’s love and mercy at the cross.

“Maybe you’re here tonight, and you’re the criminal on the cross,” Stroup told the crowd gathered for the revival. “Maybe you’re here tonight, and it’s too late to do good deeds for Jesus. … But you just heard a story about the (criminal) on the cross. And he didn’t have any way to work, and he didn’t join the church, and he sure wasn’t baptized. But, brothers and sisters, he heard about Jesus and, on that cross, he said, ‘I believe.’ And Jesus said, ‘On that day, you’ll be with me in paradise.’

Freeway Ministries is a bridge between hurting people and the local church, and it has been established in churches across Missouri, in Nebraska and in South Africa. The Missouri Baptist Convention’s Executive Board has recommended that Missouri Baptist messengers take up a special offering to support the ministry during their annual meeting, Oct. 23.