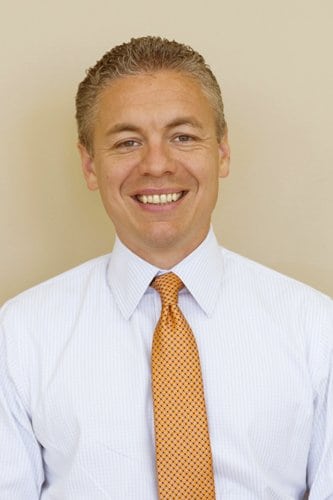 Joe Costephens, pastor of First Baptist Church, Ferguson, told The Pathway earlier this month that he will make this nomination.

“Jeremy Muniz is a man that I admire.  He is a loving husband to Jennifer, a gracious father to Averi and Zachary, and a beloved pastor at FBC De Soto,” Costephens told The Pathway in a written statement. “Since the first day I met Jeremy I took note of his integrity and passion for Jesus. Personally, Jeremy has taken the time to walk alongside a young pastor who needed more than just a friend, but a mentor.

“It will be an honor to nominate Dr. Jeremy Muniz for President of the Executive Board,” Costephens added. “I could recite a list of amazing accomplishments such as: 12% given to CP, leading his church to be on mission in Taiwan and Italy, or the averaging of about 31 baptisms a year since 2000, to seeing FBC De Soto grow.  Make no mistake, those are amazing accomplishments, but they pale in comparison to the time and energy that Jeremy has invested in people.  His integrity and passion for Jesus compel him to see those around him love Jesus more today than they did yesterday.  His experience on the MBC Executive Board, and his longstanding tenure at FBC De Soto and all that God has accomplished through that church make nominating and supporting Dr. Jeremy Muniz for President of the MBC an honor and a privilege.”

Muniz has served as senior pastor of First Baptist, De Soto, since 2000. Prior to serving as MBC first vice president, Muniz also served as recording secretary of the MBC.

According to the Missouri Baptist Convention’s revised governing documents, which were approved by messengers in 2017, Executive Board officers can only serve four terms consecutively. Since these terms of service began to be counted only after the passage of the new governing documents last year, each of the current MBC officers – including Muniz – are still eligible for re-election in 2018. ν