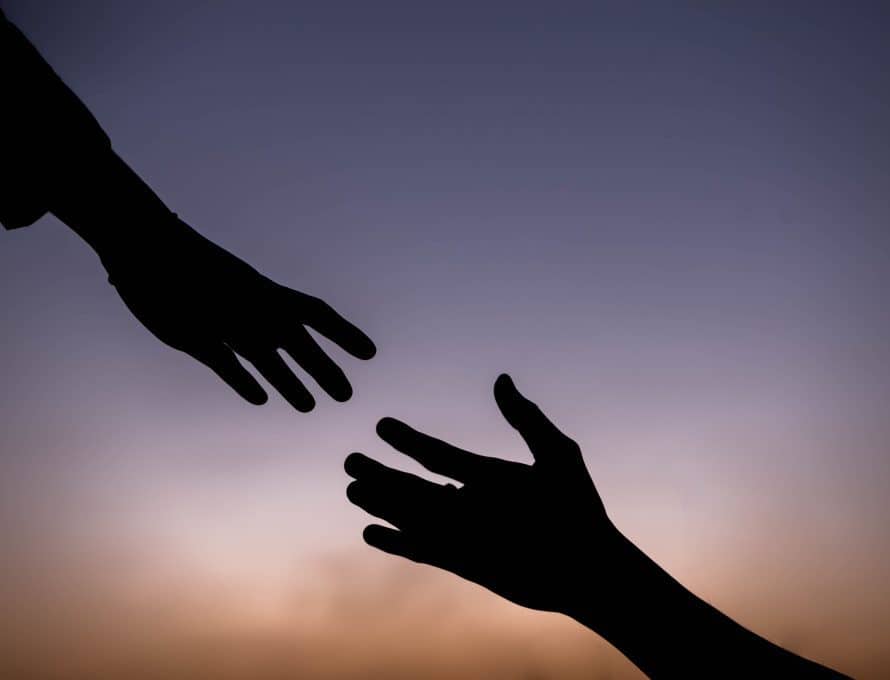 He came from behind, grabbed my hair and repeatedly slammed my head into the brick exterior of a convenience store. Stunned and knocked nearly unconscious, I fell to my knees. All I can remember is a woman customer screaming and then sirens.

I had no health insurance, so a doctor or emergency room visit was out of the question. I staggered to my car and somehow drove home, which was less than a mile away. The next thing I remember was lying in the bed, looking through fog at the ceiling. My skull was bleeding and I had a throbbing headache from a likely concussion. This was it. I had endured the abuse of an unfaithful, alcoholic spouse for too long. Her angry boyfriend was determined to prove our marriage was over – even if it meant violence.

The conversation Southern Baptists are having about abuse toward women needs to be expanded. One in seven men are victims of abuse, according to the National Abuse Hotline. As my experience demonstrates, abuse can come in a variety of forms, some mental, some physical.

Unfortunately, much of the conversation in Southern Baptist life has focused on the negative. Never to miss an opportunity to bash, the liberal news media have pounced, broad-brushing Southern Baptists as uncaring and misogynistic. Nothing could be further from the truth. I know from experience.

If I had not left my previous marriage, I would have died. There was little prospect of survival given my violently abusive circumstances. I lost my job and had no money. My journalism career was in tatters, even though months earlier I had prayed, begging God to let me do journalism for Him.

In the midst of my crisis, a friend suggested I call the editor of The Columbia Daily Herald about a job opening. It just so happened the editor was a deacon at First Baptist Church, Columbia, Tenn.

I got the job – and joined First Baptist Church. From the moment I arrived, the people loved and nurtured me. I responded, teaching the single adult Sunday school class, singing in the choir, teaching “Experiencing God,” doing “Evangelism Explosion” and joining the drama team (I played John in the Easter pageant).

When God called me to full-time gospel ministry, they overwhelmingly affirmed me, prayed for me, helped me financially through seminary and then ordained me. First Baptist, Columbia was – and is – everything a church ought to be. In my darkest hour, they rescued me and placed my feet on the path that God wanted. First Baptist, Columbia accurately reflects the true heart of Southern Baptist churches.

I have been unable to return to First, Columbia since they sent me to Southern Seminary 21 years ago. But I have been blessed to run into some of its members at SBC annual meetings. They are always filled with laughter and hugs.

Not only did First Columbia rescue me from brokenness, but they have been instrumental in two of the greatest blessings in my life. Because of their support I was able to complete my seminary education and become the editor of your state newspaper. The Pathway started with zero circulation. Today its circulation is approaching 27,000, with untold thousands around the world reading the online version.

The Pathway’s readership is now more than 60,000. Think about that. How many sermons do our faithful pastors have to preach to address that many people? And to think, God has given my staff and me the remarkable privilege of addressing 60,000 of you in each issue.

God has not stopped there. He is opening doors in the public policy arena. Yes, I will fight for our religious freedom, protection of the unborn and promote policies that strengthen families. But the most important privilege I have is to provide a gospel presence in the seat of government. When I walk down the halls of the State Capitol carrying my Bible and smiling, it makes a powerful statement.

The second greatest blessing was marrying my late, sweet wife, Bernadette. Two people have never loved each other more. Why? Because she had been a victim in an abusive marriage, too. We so desperately wanted a marriage the way God intended – and we finally got one.

Abuse is real and our churches are, for the most part, ready to respond. I am so thankful that I survived and have had such a blessed and fulfilled life serving the Master who gave His life for a worm like me.

And First, Columbia, an SBC church, had a hand in it all.