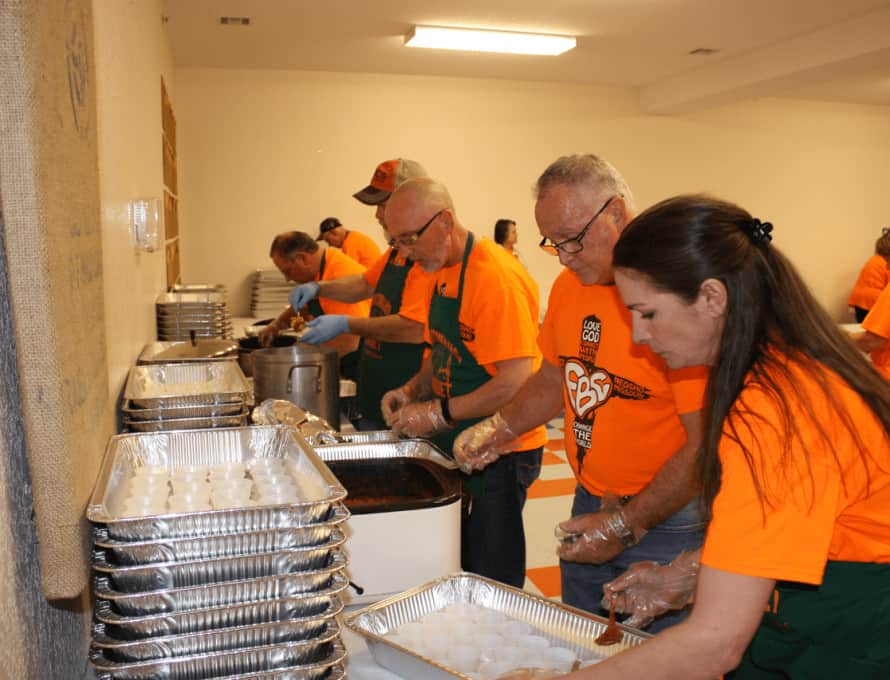 NEOSHO – Venison is a staple at many Missouri Baptist churches’ pot lucks. Elk, wild hog or gator might be a little less common, but those meats are still far from exotic. But serving up bobcat is a new culinary experience for most Missouri Baptist cooks. Unless, of course, that church is First Baptist, Neosho.

As part of its 8th annual Sportsman’s Banquet, the church hosted a wild game dinner across two nights in March. Jimmy Holbrook, a pastor and trophy hunter based in Kansas City spoke and shared a gospel message. With seating for 550 people, both nights sold out.

Decker said the banquet’s committee works year ‘round planning and preparing for the banquet, and church members stocked church freezers with game as the different hunting seasons progressed throughout the year. When the banquet finally rolled around, it took 125 volunteers to pull it off. But, he said, it’s worth it to plant a gospel seed with someone who might not normally step foot inside the church.

“The whole thing is to try to reach sportsmen and their families,” he said. “We estimate that about 50 percent have no church connection whatsoever.”

“If we haven’t eaten it, we’ll probably have it next year,” Decker said.