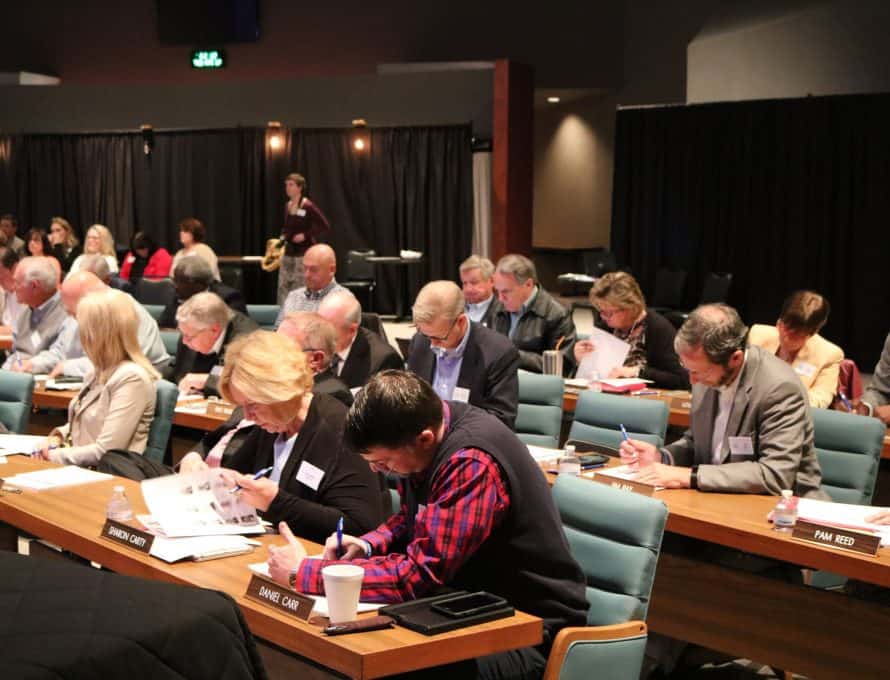 NASHVILLE, Tenn. – The process for selecting the Executive Committee (EC) of the Southern Baptist Convention presidential search committee hasn’t always followed the pattern on display at their meeting April 17.

All current EC members were eligible, regardless of whether or not they might rotate off after the Southern Baptist Convention annual meeting. Once on the search committee, they serve until their search is complete. Each member present at the special meeting, April 17, voted once for up to six people or abstained, with the top six vote-getters being named to the committee.

John Yeats, recording secretary of the Southern Baptist Convention and the executive director of the Missouri Baptist Convention is on the EC by virtue of his SBC office. He was around when the policy changed in 2012, and he called the day’s proceedings appropriate in light of Baptists’ congregational polity

“It was a more open, democratic selection,” he said. “It is more reflective of who we are.”