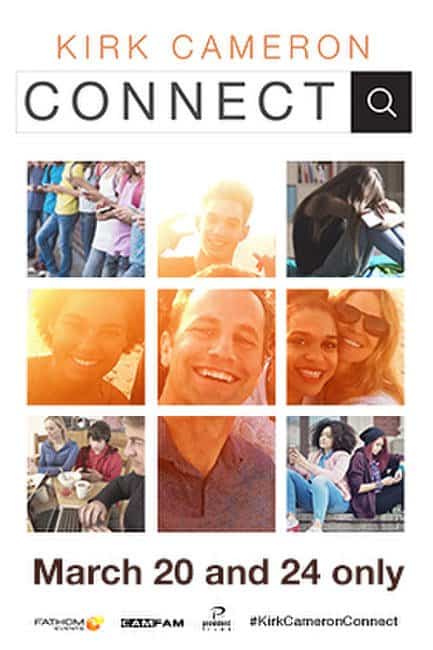 JEFFERSON CITY – Mobile phones and social media bring many advantages, but they’ve also unleashed dangers on the young. That’s what “Connect,” the latest documentary film by Christian actor Kirk Cameron, claims. And, with the support of churches, parents must take up the challenge to reconnect with their children, according to Southern Baptist youth ministers and experts across Missouri and around the nation.

“We’re the first generation to parent these ‘digital natives,’” Kathy Koch, the founder of Celebrate Kids, Inc., and one of the experts featured in the “Connect” movie, told The Pathway. “We’ve got to get this right. We don’t get a do-over in our parenting. There is no reboot button.”

Koch admits that she is “pro-technology,” recognizing the “good that we can get from the use” of iPhones, Facebook and Instagram. But she also has seen first-hand the damage that this technology can do to families, and especially to the young.

“Most parents don’t have any idea what they’ve given their kids when they think it’s just a simple iPhone,” said Koch, a member of North Fort Worth Baptist Church in Fort Worth, Texas, and author of Screens and Teens (Moody Publishers, 2015).

Featured in theaters around the nation earlier this month and coming out on DVD this summer, the “Connect” movie aims to show parents the way the latest advances in technology and social media may impact their children.

When asked, more than 50 percent of young people claim that they’re addicted to their mobile devices, one expert in the movie says. But this only scratches the surface of the problem. The film shows parents and youth who’ve been exposed through this technology to online sexual predators, pornography, bullying and depression.

While these issues may not affect every teen using an iPhone, Koch says that some other problems caused – at least, partially – by mobile devices and social media are common among children and youth today.

“What I am concerned about is the beliefs and behaviors that are resulting from young people’s technology use,” Koch told The Pathway. “For instance, the first lie (believed by teens) that I address in my book and that we address in the movie is the lie that ‘I am the center of my own universe.’”

Through social media, she explained, “kids believe that they can create this little, perfect world where they’re the center. They don’t post bad pictures. They don’t post lyrics they don’t like. It is always, ‘My life is amazing.’ And that’s a lie.”

In the movie, she discusses four other lies that teens often believe under the influence of their screens: “I deserve to be happy all the time,” “I deserve choice,” “I am my own authority,” “Information is all I need, so I don’t need teachers.”

And some of these “lies” are impacting churches across the nation, she said. For example, when young people believe they “deserve to be happy all the time,” the spiritual results can be catastrophic.

“The drop-out rate of faith, the drop-out rate from our churches is alarming, obviously,” she added. “And I believe one reason young people are giving up is because they’re not getting their way.”

“Many are seeing this as a vital necessity,” he said. As a result, some youth are over-stimulated and have trouble slowing down to contemplate. “Many students want a life that is so stimulated and so fast that, any time they have to stop, it frustrates them.”

Other youth are captive to “digital distorted realities,” Coker, who also teaches youth ministry classes at Missouri Baptist University, said. “Girls, when they post on Instagram, are now judging their value based on the numbers of likes they get.”

According to Jason Grubbs, youth minister at Concord Baptist Church, Jefferson City, mobile devices too often encourage young people to disconnect from face-to-face relationships and from their surroundings.

“That’s what we’ve given them – a chance to be apart,” Grubbs said.

But, working together, churches and parents can help young people connect fully with God, with the church and with their families.

“I’m ready for a day in youth ministry where, when parents show up, it’s actually normal, it’s not weird,” Grubbs said. “Too often, people in Western society – even among Christians – believe that ‘kids can’t be themselves’ around their parents. But, although teens should perhaps gain some independence as they grow older, they “ought to be OK with mom and dad being around. It shouldn’t be that a kid has got to be one person at home and another at church.”

“Parents are charged to guard their children’s hearts until they’re old enough to understand how to guard their own,” Grubbs added. “It’s not easy. But that’s what we do if we want to prepare our children to be out of our home one day.”

And, according to Koch, this is the ultimate challenge of the “Connect” movie: “Do your job, be brave, say ‘No,’ and parent your children. … Parent well and parent hard.”

To learn more about the “Connect” movie, visit www.connectmovie.com.