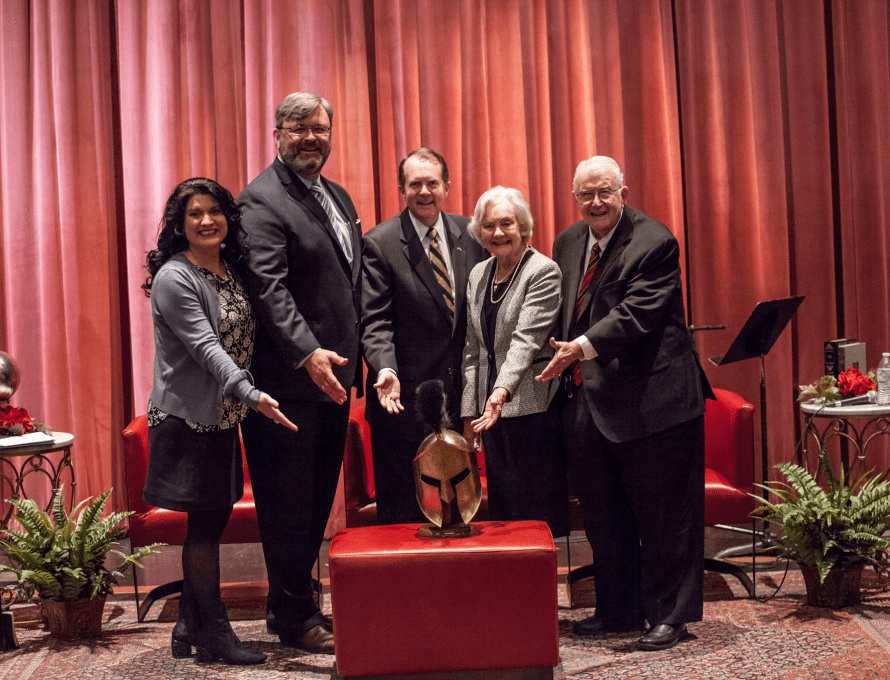 HANNIBAL – Hannibal-LaGrange University’s Board of Trustees discussed upcoming accreditation visits and set the tuition rate for the upcoming school year during their spring meeting on campus March 15 and 16.

One of the ongoing challenges private universities in Missouri face is that it’s difficult to compete with the free education many students can get at community college through the A+ Program. A swing of a few students’ enrollment can make or break the school’s budget for the year.

Ray Carty, vice president of enrollment management, reported that enrollment in the school’s graduate and degree completion programs are up while traditional student enrollment is not as strong as he would like. Total enrollment is 890 students.

Through February, the school has brought in similar revenue to last year, but thanks to belt tightening and stewardship, expenses are down approximately $900,000..

The Higher Learning Commission will make its interim visit to campus this November as part of HLGU’s re-accreditation process.

This was the first board meeting for six trustees: Ilda Kennon, Bobbie Crane, Bryan Gruber, Leo Endel, Adam Mallette, and Michael Atherton. The next trustees meeting will be held in October 2018.

Honoring the Bergens and the Botts

Trustees also granted the title of “professor emeritus” to Drs. Bob and Martha Bergen, who have been teaching in HLGU’s Christian studies division for a combined 60 years. The title of emeritus is bestowed upon someone as a recognition for special contribution to the institution and typically carries a continued relationship with the school.

“Bob and Martha Bergen are exemplars of what it means to be faithful Christian faculty members,” said Miles Mullin, vice president for academic administration. “Immensely talented, they devoted their lives to each other, their local church, and generations of students at Hannibal-LaGrange University. Many, many of those students are now faithful pastors, missionaries, teachers, nurses, business owners, husbands and wives, and moms and dads because they sat under the teaching and watched the example of Bob and Martha Bergen.”

Bob Bergen is currently the associate dean of academic administration and distinguished professor of Old Testament and Hebrew. He has also served as a Bible translator for three different Bibles.

Martha Bergen is currently chair of the division of Christian studies, professor of Christian education, and director of ministry guidance. She published a Bible commentary on the books of Ezra and Nehemiah in the Shepherd’s Notes series and is a regular contributor of articles in the Biblical Illustrator magazine.

The University also honored Dick, Sherley and Rich Bott of the Bott Radio Network with the first Trojan Lifetime Christian Service Award, HLGU’s highest honor. Allen and Pathway editor Don Hinkle hosted a discussion with the Bott family during chapel March 14. The Bott Radio Network blankets the entire state of Missouri, and operates more than 150 stations across the United States, teaching the Bible and providing Christian news and commentary.