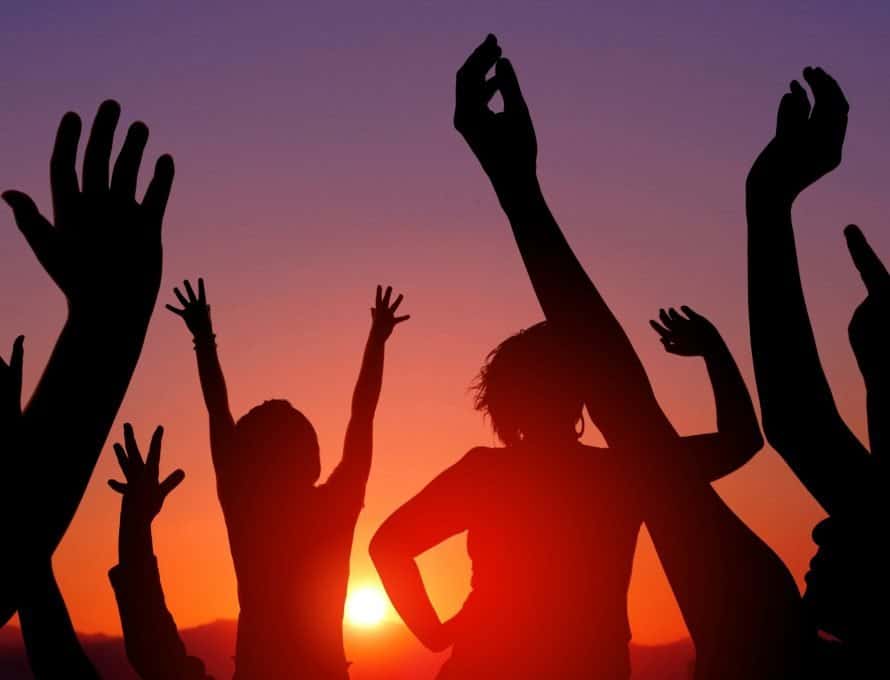 HALLSVILLE – In two previous years, The Crossroads Baptist Association has seen many youth from local churches attend D-Now. However, perhaps more so than before, the youth represent a wider area of the state.

Jason Kramer, Associate/Youth Pastor of Carpenter Street Baptist in Moberly and D-Now coordinator said over 200 students and another 65-70 adults participated in the Feb 17-18 event at Hallsville Baptist.

“D-Now (Discipleship Now) is a weekend of intensive preaching, worship, and small group time. It’s a lot like camp in the summer but packed into a weekend,” Kramer said.

“At least 16 churches sent anywhere from one to over 30 students. They came as far as Kirksville, Chillicothe, Lewistown, and Millersville. We’re overwhelmed at how things have grown.”

Kramer said D-Now is a program many churches all over the country offer.

“But I don’t know of one with as many churches (participating as this one.) It has the feel of a big conference. The students enjoy coming. There is quality preaching and teaching. I talk to a lot of people what want to know what D-Now is and email or ask me how to do their own,” Kramer said.

“I thought it was a great weekend,” said Crossroads Director of Missions Mark Carter.

“It keeps growing. It was just a blessing. We’re already hearing from within our association they look forward to next year. The feedback on Facebook from the churches talks about great conversations within their group.”

Carter isn’t sure of what, if any decisions might have been made.

“But I’m hearing of some students that prayed out loud for the first time. God is doing some great things,” Carter said.

No less than seven of the Crossroads churches had leaders actually involved in the planning. They also helped plan housing for the out-of the association attendees, so motel rooms wouldn’t have to be found. Kramer said his church hosted 120 students for ice cream at 10 p.m. Carpenter Street members had pre-dipped the ice cream and had it in freezers.

Other activities included three sub-groups doing mission projects, one that combined a mission project with a scavenger hunt, and a dodge ball tournament.

“The churches worked behind the scenes. It takes so many people to do what we do,” Kramer said. “I so appreciate Hallsville hosting us. Their interim pastor was the last to leave, staying to sweep and prepare for the Sunday services.”