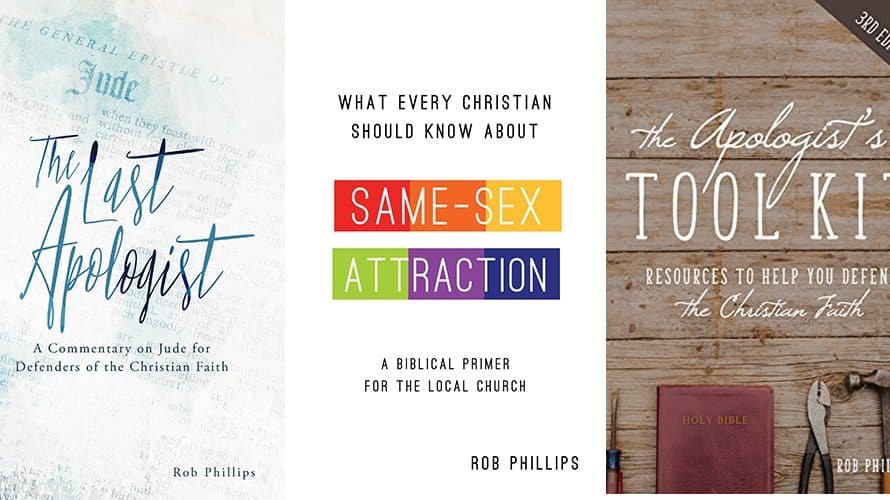 JEFFERSON CITY – Churches and associations from across the state are benefiting from resources provided by the Missouri Baptist Apologetics Network – a group of church leaders committed to the defense of the Christian faith and called to equip believers to more effectively share their faith.

In particular, Missouri Baptists have widely used apologetics tools by Rob Phillips, ministry support catalyst at the Missouri Baptist Convention (MBC), who leads the MBC’s apologetics efforts. Certified in Christian apologetics by the North American Mission Board, he speaks at churches and leads conferences around Missouri and provides free apologetics resources on his website, oncedelivered.net.

“Christianity is under attack today on several fronts,” Phillips said. “Islamists, the new breed of angry atheists, and relativists all confront us in varying ways for our uncompromising beliefs based on the inerrant word of God. I think many of us find it hard to respond to their challenging questions. And, of course, no one wants to be labeled a bigot or a hater for taking a stand for truth. So, Christians are coming to see the value of understanding other religious systems and other worldviews, and learning how to defend the core doctrines of the Christian faith.”

Don Hamlin, associate pastor of education and outreach at First Baptist Church, Kearney, agrees that Christians today must learn how to think about and respond to the issues so pervasive in this culture – whether it involves homosexual marriage, the sanctity of life, or the spread of religions like Islam or Mormonism.

“They were elated to receive that resource,” he said, “and I know that they are using it in classes, for reference.”

The church has also hosted Phillips for an apologetics training weekend, he said. “I don’t know if I’ve heard as many positive remarks after any kind of a weekend seminar as we did when Rob was here back in November – to the point of people saying, ‘Let’s do this again.’”

Bruce Williams, pastor of Immanuel Baptist Church, Bethany, has also used the MBC’s apologetics resources. Most recently, he led a Bible study on the afterlife, using Phillips’ book on the subject.

“I had more people in our study for this than any time I’ve ever had anything else,” he said.

Phillips’ book on the afterlife, he added, was helpful especially because it could be adapted to fit his needs and his teaching context. He also was glad to find that the book contained many biblical references. “Each thing that was put forth in the book was backed up by Scripture. To me, that was important.”

Moreover, the church bought extra copies of the book to distribute to people outside the church who Scripture’s comfort and truth regarding the afterlife.

“I loved it,” Williams said. “Anything that we can do to reach out to people is great, and this was a good tool for that.”

“The Cooperative Program is so vital to our statewide apologetics ministry. The faithful giving of Missouri Baptists through CP enables us to produce resources like The Apologist’s Tool Kit and What Everyone Should Know About the Afterlife at or below cost. Further, it allows me to travel the state and lead apologetics conferences in Missouri Baptist churches. CP is the fuel that powers this important ministry across the Show Me State.”

To learn more about the apologetics network and its resources, or to schedule a member of the network to speak at your church, visit MoBaptist.org/apologetics.