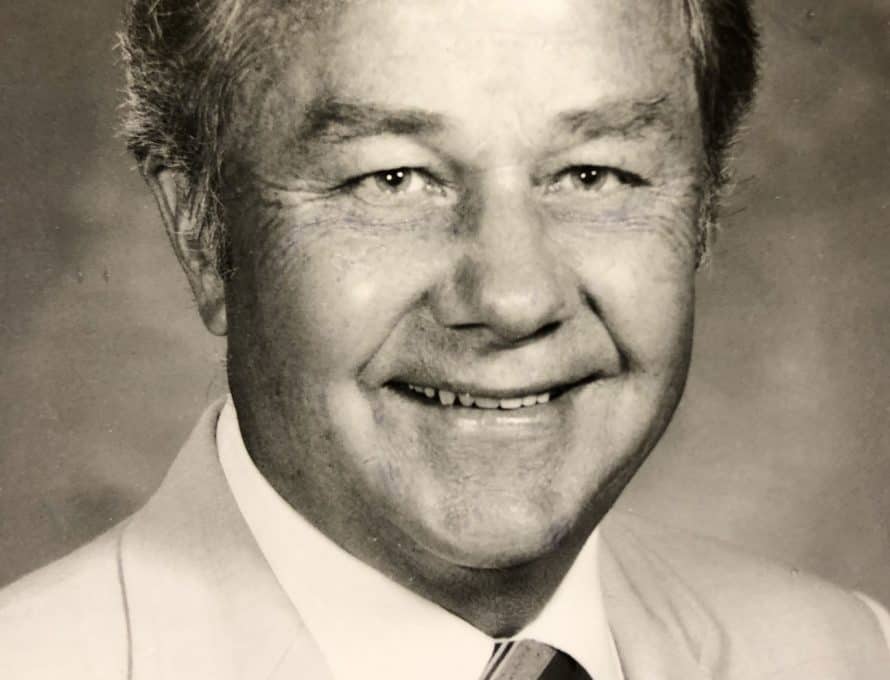 KANSAS CITY, Mo. (BP) — Milton Ferguson, 89, the second president of Midwestern Baptist Theological Seminary, died today (Dec. 21) in Kansas City, Mo., after a brief battle with cancer.
Ferguson’s tenure as president at Midwestern Seminary began in February 1973, and he served the seminary community in this role before retiring in 1995 at the age of 67.

“I join the broader Midwestern Seminary community in mourning Dr. Ferguson’s death, thanking the Lord for his life and ministry, and in praying for his remaining family, especially his daughters Julia and Jane Anne,” Allen added.

Under Dr. Ferguson’s leadership, Allen said the seminary crossed many milestones including a growing enrollment, expansions in campus housing, and leading the seminary to greater financial health.

Some of the specific milestones taking place at Midwestern Seminary under Ferguson’s guidance include the following:

The graduation of 2,858 students during his tenure; conferring degrees upon the first doctor of ministry graduates at Midwestern Seminary in 1974; renovating and expanding the faculty-classroom building in 1976; constructing the campus Child Development Center (which now serves as the Department of Worship Ministries Building) in 1979-80; opening the first off-campus extension center in Wichita, Kan., in 1979; initiating the institution’s church music program in 1983; and establishing the “Midwestern Leadership Series” and “C.W. Scudder Lectures” in 1993-94.

In addition to his service as a professor and seminary president, Ferguson served the Southern Baptist Convention as a researcher for the SBC Committee’s National Student Life Survey, on various SBC and state convention assignments, and by conducting Lay Renewal Retreats, curriculum writing and preaching and teaching in denominational contexts.

Prior to his tenure as president of Midwestern Seminary, Ferguson taught for 17 years as instructor of theology as well as associate professor and full professor of Christian philosophy at Southwestern Baptist Theological Seminary in Fort Worth, Texas. He also served as pastor of Hebron Baptist Church in Hebron, Texas, from 1951-54, as associate pastor at Crown Heights Baptist Church in Oklahoma City, and in numerous interim pastorates in Oklahoma and Texas.

Southwestern President Paige Patterson said in comments relayed to BP, “While we were in some ways on opposite sides of the theological aisle, I counted Dr. Milton Ferguson as a very dear friend. He preached for me frequently at First Baptist Church in Fayetteville, Ark. [when Patterson was the church’s pastor]. He was a gentle and gracious man, and I will miss him greatly. Southern Baptists have sent another Field Marshall on to heaven. God bless him forever.”

A native of Harrah, Okla., Ferguson was born to Robert Homer and Martha Floyd Ferguson on May 8, 1928. He accepted Christ as his Savior and was baptized at age 8. He was ordained into Christian ministry in December 1938 at Harrah Baptist Church. Ferguson was also a military veteran, serving as staff sergeant in the U.S. Army of Occupation in the Pacific Theater (Korea) from 1946-48.

In the years following his presidency at Midwestern Seminary, Ferguson taught at Southern Baptist institutions in Kenya, and Singapore and served at the American Church in Belgium. He regularly preached and advised churches and then moved to The Baptist Home in Chillicothe, Mo., in 2013.

“Over the past five years, Dr. Ferguson constantly encouraged and supported me,” Allen said. “He was a kind, gracious man. He loved Midwestern Seminary, was proud of his service here, and always spoke warmly of the growth and health of the seminary.

“In Dr. Ferguson’s final days, we enjoyed two extended visits. In those conversations, he spoke passionately of his faith in Christ, his belief in the Bible, and his readiness to meet the Lord.”

Ferguson is survived by his daughters, Julia and Jane Anne, as well as their families. He was preceded in death by his wife Bettie and his daughter Jo Catherine.

Memorial services in Kansas City are currently being planned by the Ferguson family for spring 2018.