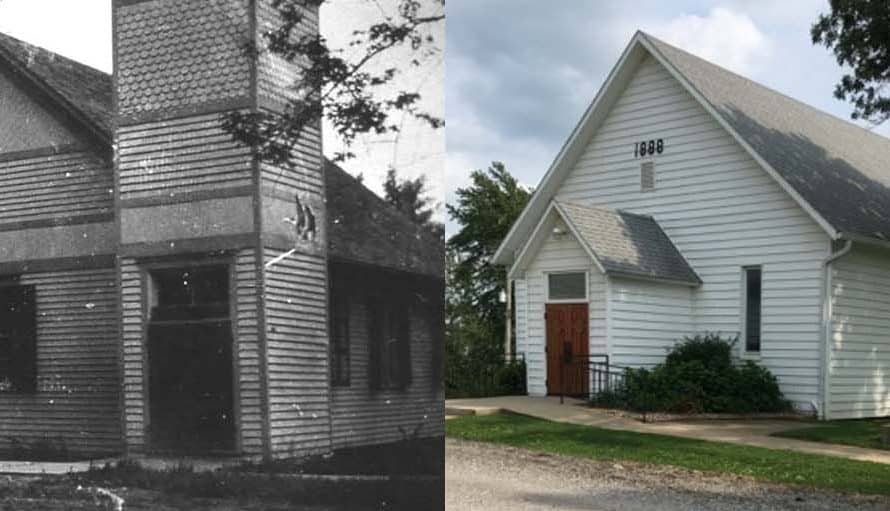 MAYVIEW – Rhonda Barnes has been a member of Mayview Baptist Church here her whole life. In fact, her heritage at the church goes back five generations, and her children and grandchildren now attend the church, as well. Her great grandfather, grandfather and father were deacons at the church, and her brother, Greg Bertz, now serves as a deacon.

Barnes’ story is representative of this small church in Missouri’s West Central Baptist Association. Many families in the church have lived in Mayview for generations. As a result, church members love their community and continue Mayview Baptist’s long heritage of gospel ministry in the area.

“It is a really tightknit community,” said Jesse Barnhart, who served as pastor at the church for several years before being called to his current ministry as pastor of Parker Road Baptist Church, Florissant. “Outside of the town, farming is quite prevalent—we’re talking generations. So the people there have a very strong connection and love for their community. And it shows in how they participate in the community. When the community is doing something, the folks are usually there participating – often helping to organize.”

John Brittain, director of missions for the West Central Baptist Association, agrees that members of the church are deeply “involved in the community.”

“I believe the church offers a strong evangelical presence,” he said. “The gospel is regularly preached from the pulpit, and Christ is lifted up. They’re faithful to the Lord, and they have a good witness in the community.”

Among other events, the church takes part each year in Mayview’s 151-year-old town picnic and parade. They also organize an annual church fish fry in March, which has continued for at least 60 years.

On several holidays – namely, Memorial Day, July 4th, and Labor Day – church members have participated in a highway rest-stop ministry some 30 miles away, near Concordia, where they offer refreshments to travelers. At Christmas, they have taken “cheer plates” of food and snacks to shut-ins and have sent Operation Christmas Child shoe boxes to impoverished children around the globe.

Additionally, Mayview Baptist is making a global impact through their generous giving to missions. Currently, they have set aside 17 percent of their general budget to ministry through the Cooperative Program, as well as an additional five-and-a-half percent to associational missions. They also exceed their giving goals to the Lottie Moon Christmas Offering, Annie Armstrong Easter Offering and Missouri Missions Offering.

Mayview Baptist’s devotion to ministry both in their community and around the globe is reflective of the church’s long heritage. In a brief history of the 175-year-old church, Barnes – who serves as the church clerk – shared about some of the “interesting projects” and ministries that Mayview has participated in through the years:

“One year the ladies met at Tyree’s Orchard, picked up apples and the next day canned 72 quarts for the Children’s Home,” Barnes wrote. “Another time lunch was served at a farm sale and the money was sent to Miss Kate Gruver, a missionary in Palestine, to apply on the purchase of a washing machine for the Truitt Orphanage. … Bandages were made from worn sheets and miscellaneous baby clothing was sent to a Baptist Hospital in Ogbomosho, Nigeria. Vitamins were purchased during World War II and sent to families in Europe and the Near East. Boxes of food were sent to families in Japan. Warm clothing, money for medical supplies, care packages, and powdered milk were sent to Korea and to families in Italy.”

Members of Mayview Baptist celebrated this 175-year-old heritage of ministry during a special service on Oct. 22, featuring presentations from four former pastors – including Barnhart, as well as Tom Bray, Greg McCune and Larry Taylor – and from Jim Short, a former DOM from the association who regularly fills the pulpit at the church. Missouri State Representative Glen Kolkmeyer also attended the service, presenting a House Resolution recognizing the church’s anniversary. After the morning service and celebration at the church, they had a potluck lunch at the Mayview Community Center, where they could also view a display about the church’s history.

“It was a very enjoyable day,” Barnes said. “A lot of people in our congregation put in a lot of hard work to make this happen.”