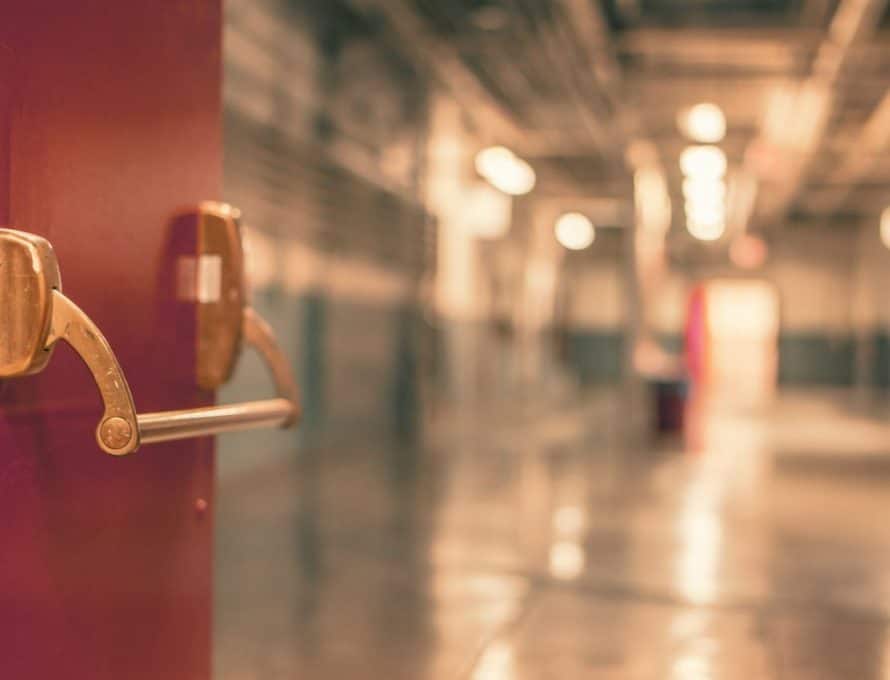 (WNS) – I remember my dad telling me when I was a kid about the Cold War-era safety drills he did in school. Students would hunker down under their desks, arms wrapped around their knees, until the hypothetical threat of Soviet missiles had passed.

It all seemed so preposterous to me, the idea that children could face the unimaginable horror of an air raid in the middle of Texas. Although I participated in my share of fire drills, I never feared experiencing a real blaze. Those drills seemed more perfunctory than preparatory. But today’s school safety pendulum has swung back much closer to where it was 60 years ago, when the threat seemed very real. My own daughter likely will participate in drills eerily reminiscent of those her grandfather endured: huddled under her desk in the dark, the classroom door barred.

And the threats today’s students prepare for are much more likely to become reality than the drone of a Soviet warplane overhead.

On Nov. 14, an elementary school in Rancho Tehama, Calif., became the latest site of a school shooting, but this one ended much differently than previous incidents. Law enforcement officials praised teachers and staff in the rural community for saving the children by hustling them inside when a gunman opened fire in the parking lot. The school had practiced lockdown drills for years, and that training paid off. Corning Union Elementary School District Superintendent Richard Fitzpatrick said the staff’s quick action “made all the difference between 100 kids being around today and dozens being shot or killed.”

Shooter Kevin Neal, 44, had already killed several people before he arrived at Rancho Tehama Elementary School. He went straight for a kindergarten classroom, where students and teachers cowered behind a locked door. The district maintenance director said Neal “tried and tried and tried and tried” to get in. When he couldn’t, he began firing at walls and windows. He eventually went into the cafeteria to reload and ended up fleeing in his vehicle.

One student suffered a gunshot wound and remains hospitalized, but officials believe it could have been much worse if not for the lockdown drills.

“I really, truly believe we would have had a horrific bloodbath at that school if that school hadn’t taken the action that it did,” Assistant Tehama County Sheriff Phil Johnston said.

According to a 2016 Government Accountability Office survey, almost all of the nation’s public schools participated in lockdown drills during the previous school year, but only 67 percent held active shooter drills. Several that hadn’t had a drill cited the fear such an exercise would create, especially for younger students. But since elementary schools are increasingly becoming targets, I bet the real danger eventually will outweigh the discomfort caused by having to explain such horrors to little ones.

Despite the effectiveness of the lockdown protocol in the recent California shooting, some groups say it’s not enough. Federal guidelines recommend a run, hide, fight protocol, which encourages teachers and staff to take a more active role in deflecting an attacker. One organization, the ALICE (alert, lockdown, inform, counter, evacuate) Training Institute, advises adults to throw heavy objects, like books, or band together to tackle a shooter. About one-third of schools have had ALICE training. Other schools have opted to ensure at least some staff members are armed. A few PTA groups have organized parent patrols to keep an eye on the campus while kids are in class. One Christian school in Florida helps parents order bullet-resistant panels kids can put in their backpacks.

It’s enough to make me nostalgic for the Cold War.