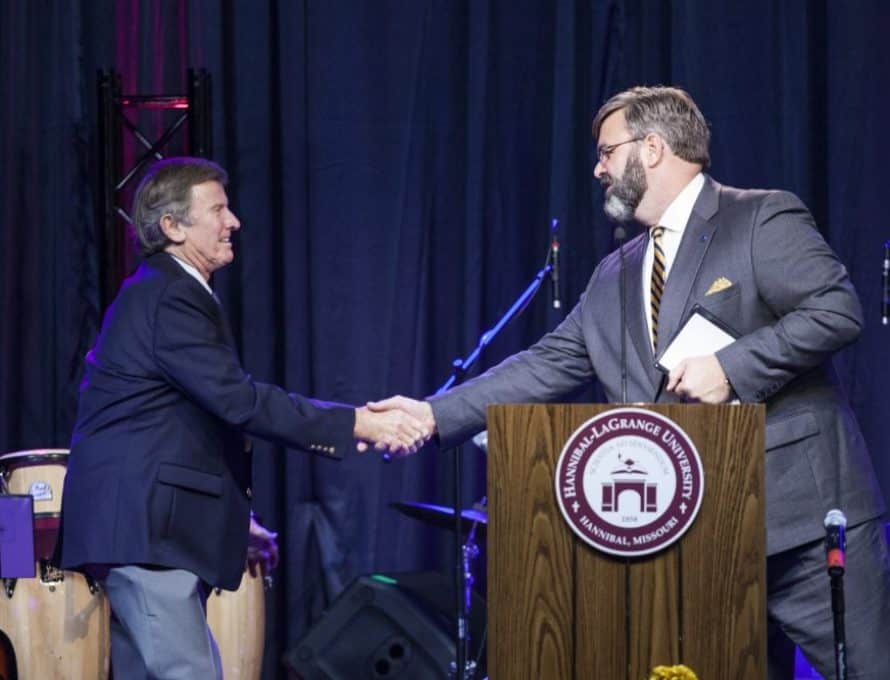 The former Florida/South Carolina/Duke coach, who was named to the college football Hall of Fame earlier this year, also told of coaching HLGU President Anthony Allen when Allen was a student at Duke.

Spurrier told how Duke started with an early win, then dropped the next three in 1987. This was after a preseason goal setting where players listed winning the Atlantic Coast Conference, something that had not been done in years. Spurrier told the team to keep that goal under hat until the season was over.

They were down by 15 at halftime to Clemson, in game 5, and changed their strategy. Spurrier said the players kept their cool and their focus.

They won this and won the rest of the season – including the ACC.

“I’m convinced because we made it a goal early is why we won the conference,” Spurrier said. “You’ve got to believe almost anything is possible.”

If you’re going to get to the top, the whole team has to arrive together, or you will not arrive at all,” Spurrier told the media before the speech.

“There are two ways to be successful. Do it like everyone else, but better, or do it differently,” he said.

Spurrier said he approached that first season with Duke differently than he had before. “It changed my life.”

Among those on that first Duke team was HLGU President Anthony Allen and Spurrier praised him as a good player and one who knew how to pray.

“Seek help from above and give it your all,” Spurrier said.

In the press conference, Spurrier was asked about the most gratifying part of his career. He quoted the late John Wooden saying, “If you do a good job of coaching, 25 years after you coach a guy, he wants to hang out with you. Anthony and I were hanging out today.”