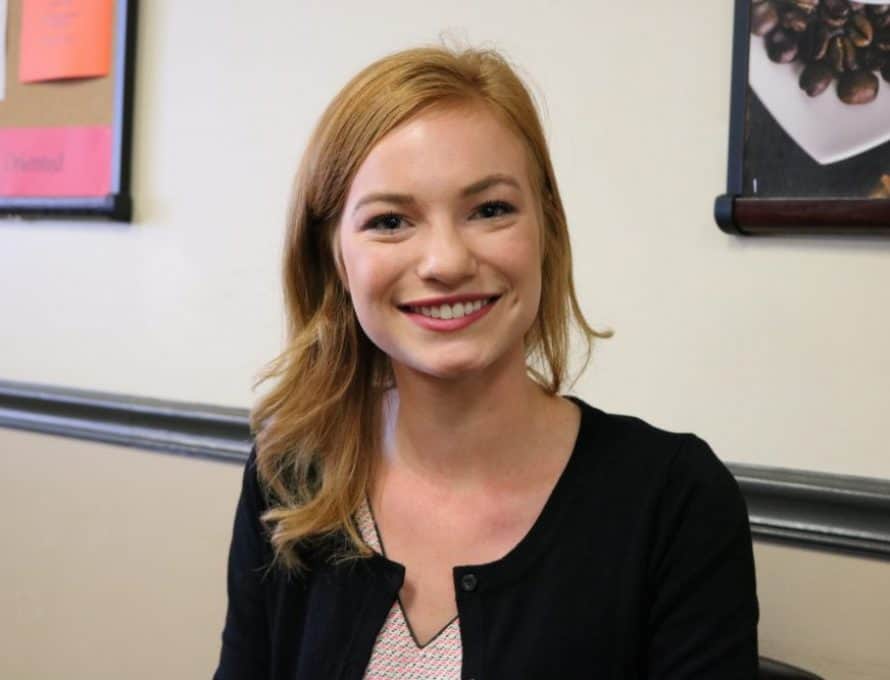 HANNIBAL – A few years ago, while serving as a summer missionary in Chicago, Cassidy Winters saw for the first time how God was “putting together the broken pieces” of her life for His glory.

That summer, Cassidy worked as a camp counselor, and the experience was far from the Bible-belt variety Vacation Bible School she at first expected.

Her students – 7-year-old boys transplanted from inner city Chicago to a campground in wide-open spaces – yelled, played and created havoc as she tried to teach them. In one lesson, she aimed to show them how God uses bad situations to bring about good. And in an effort to gain their attention, she spoke out of the pain in her own life.

“Hey! My dad was murdered,” Cassidy said, explaining how God used this tragedy for good.

At that moment, one little boy looked at her and said, “My dad was murdered too.” After that, and for the remainder of the camp, he rarely left her side and often held her hand.

“I was able to show God to this little, inner city boy who lost his dad,” Cassidy, a student at Hannibal-LaGrange University, told The Pathway. Travelling throughout the nation and across the globe on mission trips during the past few years, she has had several opportunities to love others because of the pain she’s experienced in her own life. For example, while serving in South Asia this summer, she was able to lead a fatherless girl to Christ – a door that was opened because she also lost her father at a young age.

Cassidy intentionally connects with and shows love to people who have lost their parents. But the emotional connection is especially strong among those who have experienced a traumatic loss.

“While anyone’s death is sad, my dad didn’t pass away in a slow way, where I was able to say goodbye to him,” she said. “I woke up one morning, and he was there, and I heard his voice. And when I went to bed, I knew He was never coming back.

“That kind of pain resonates with people who have experienced that.”

For this reason, Cassidy’s own emotional wounds were reopened after she learned that a gunman killed 26 men, women and children at First Baptist Church, Sutherland Springs, Texas, on Nov. 5, 2017. After all, on the morning of March 8, 2009, another gunman entered First Baptist Church, Maryville, Ill., and killed her father, Pastor Fred Winters, as he preached. Cassidy was only 12 years old at the time.

That morning, Cassidy’s older sister, Alysia, went to church early to help in the nursery. Cassidy left their house later that morning with her mother, Cindy. As they drove down the country road leading to the church, they passed an ambulance and, as a matter of custom, prayed for the person who had been injured. Little did they know that it was Cassidy’s father.

When they approached the church, a police officer told Cassidy’s mother to pull aside. Her mom asked him repeatedly what had happened and told him that she was the pastor’s wife, Cassidy recalled.

“I remember his face changing when she said that,” she said, “and that is probably the first moment that I realized that something bad was going on.”

Only later that day did Cassidy learn what had happened. At the hospital, she and her sister were pulled into a dark, gray room, where they learned that their father was dead.

“I just remember crying out of obligation,” Cassidy said. “Seeing my sister cry, my mom cry, my uncle cry, I thought, ‘I guess I need to cry right now.’ … I think, when you’re in sixth grade, you just don’t have the emotional maturity to deal with those kinds of things.

“I didn’t understand what was going on. Actually, it was years later that I put together the magnitude of what happened.”

As Cassidy processed this tragedy during her early years of high school, she felt anger and hate because of her loss. She had always believed in God, but now she struggled to believe that God was truly good. But, as various friends and mentors prayed for her, she learned to see God’s goodness even amid her pain.

And this is her prayer for those who are hurting in Sutherland Springs, Texas.

“I pray that they would see God,” Cassidy said. “That was the biggest thing that would soften my heart, over and over again, when I got angry – that God showed up and made His presence known in the midst of the situation. … It’s a process and it’s a lifetime of grieving, but also of experiencing true joy.”

There’s no moving on from this kind of hurt, she said, but God’s presence brings hope and peace even amid the pain.