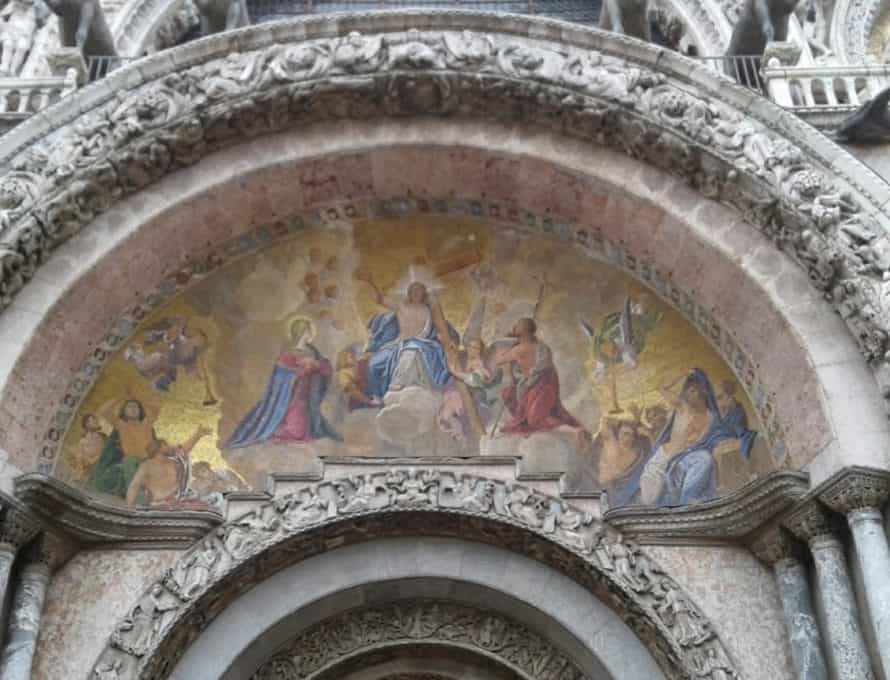 VENICE, Italy – Images like this one are numerous in Northern Italy, reminding mission teams from Missouri of the country’s Christian past. Unfortunately, most Italians today don’t know the gospel message portrayed in such images.

ITALY – Italy may seem like an unusual country for missions, but according to Rick Hedger, Missouri Baptist Convention’s (MBC) Multiplying Churches Catalyst, Northeast Italy is a great area for mission partnerships.

“Missouri Baptists were contacted by the International Mission Board (IMB) to consider mission partnerships in Italy,” Hedger said. “It is considered an unreached area. Only four out of 100 have a relationship with Christ which is extremely low for any place. Many have an acquaintance with religion and they think they are ok. They need the genuine gospel to see faith in Christ and new churches being started.”

Several churches in the Cape Girardeau Baptist Association are taking up the challenge. Mike Parry, pastor of Fruitland Community Church, recently participated in a vision trip to Northeast Italy.

“Our partnership focus is Belluno,” he said. “It is a city of 40,000 which is larger than Cape with less than 200 evangelical Christians in it. It definitely qualifies as an unreached area.”

According to Parry, building relationships is the primary outreach activity for this mission. “We spent time in the coffee shops to meet people,” he said. “We want to develop relationships and walk along the pastor and their church.”

Jeremy Sells, pastor of FBC Scott City and another member of the Cape Association, has made other trips to Italy and he agrees with the plan. “Our goal is to strengthen the pastor and the congregation. We want his church to plant new churches.”

“Tommaso has faithfully shared the gospel and served in Belluno for 20 years,” Sells said. “The church is established in the area, but there is a lot of work to do. The big picture is that in a city the size of Cape, there is only one evangelical church.”

“The pastor doesn’t speak English,” Sells continued, “and being Americans was a draw. So, as we visited coffee shops, we included someone who could translate for us. The pastor would ask me questions about the gospel and the translator would hear it twice.”

The pastors and their church members plan to lead additional mission trips to Italy with four planned for 2018. “Tommaso is interested in us returning with opportunities to engage with the Italian people,” Sells said. “We want to return with music, to have Christian artists perform in the park. We want to provide sports opportunities, soccer is big there. We would also like to have artists drawing while someone else is telling a Bible story. We want to attract the Italian people to have gospel conversations.”

Belluno is the city and province of the work now. “We are focused on this area now,” Sellers said, “and we are looking to hit other cities in 2019.”

Both pastors understand the task ahead. “The area is a hard ground to plow,” Parry said. “Many of the people seem indifferent to the gospel. We want to go back and sow seeds and pray to see God’s work.”

“I love the alignment of this,” Sellers said. “The need was recognized by the IMB and they sent a request to the MBC to encourage partnerships with churches. Several churches answered the call to serve and to share the gospel.”