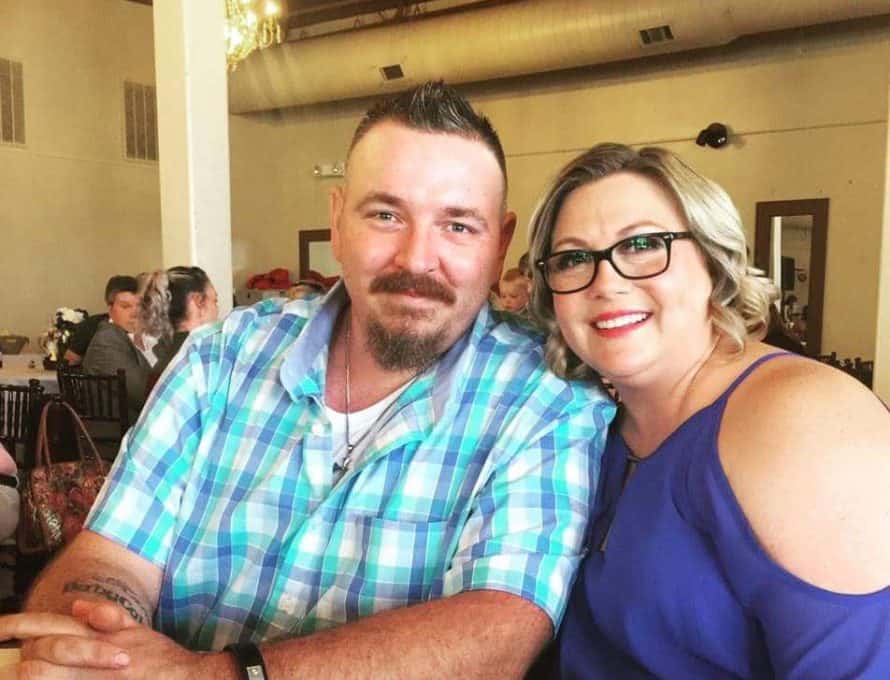 MOUNT VERNON – Desperate and alone in his misery, Scott Lung begged God to either kill him or show him the way out of the vicious cycle of “drinkin’ and druggin’” that he’d been in since high school.

“I got sick and tired of being sick and tired,” said Lung, member of Covenant Baptist Church here. “I was leading a double life. I went to work every day to try to do right by my family, but I also continued living my dark secret: I was addicted to prescription pills.”

Little did he know, God had already set the plan for Lung’s redemption and recovery into motion.

Scott’s wife, Kristain, had just revealed her husband’s struggle with drugs to her friends at work. It was a burden she had been bearing alone for years. She never wanted to give up on Scott and their marriage—she took her vows very seriously; but she also knew his drug problem was too big for her to handle on her own any more.

“I told them I was leading a double life,” Kristain said. “I said I’ve been lying to you and to myself and I don’t know what to do about it. I told them Scott was an addict and they were dumbfounded. I hid it so well. I guess I was trying to protect us.”

Later that day several of her co-workers came to their house for a planned intervention. The moment Kristain’s friends knocked on the door, Scott knew they were the answer to his prayer. That was December 18, 2015; the first day of the rest of Scott’s sober life.

While Scott’s decision to stop abusing drugs and to seek real help happened in a day, the road that led to his redemption spanned years. Shane and Tracey Estes, members of Covenant Baptist Church and owners of The Cutting Edge, a CNC (computer numerical control) machining shop here, hired Scott 14 years ago.

“He was like a lot of other guys we hire,” Estes said. “He didn’t really take pride in his work, but he always showed up. He did what he needed to do to get by and not get fired, while also doing drugs and drinking a lot. He had been going that way for years.”

As the years went on and Scott scraped by, the Estes’s were open and honest about their faith (including playing Christian music in their 24,000 sq. ft. facility), but they “treaded lightly.” During the times when Scott’s drug abuse got really bad, they would meet with him and talk about his addiction and how it affected not only his work, but also his family.

“We are really mindful of how we treat the person, not just the behavior,” Estes said. “We didn’t give up on him. There were times when we wanted to, but we would hope and pray for God to get ahold of him. We’ve seen hundreds of people come through here and the ones that truly beat addiction are the same ones who give their life over to Christ.”

Scott said when he looks back on the last 14 years, he is amazed at how God placed him exactly where he needed to be.

“They really do care and they are genuine in their ministry,” he said. “I was a knucklehead and they had to correct me and forgive me a lot, but they never gave up on me. Not once.”

While Scott’s family and his bosses stuck with him and planted the seeds that God used to save him, it’s his church family that has been crucial to his growing faith and ongoing recovery.

Scott participates in Covenant’s Cavetime, an international ministry organization and movement that encourages men to lock spiritual shields and sharpen each other in their pursuit of being men of God. The ministry is based off of David and his men retreating and regrouping in caves to hear from God and prepare for the next battle.

“We are a band of brothers,” said Derick Barnes, Covenant’s Cavetime leader. “We are a group of surgical doctors, custodians and recovering meth addicts and we love each other tremendously. Cavetime is a place where guys share their hearts and their biggest sin triggers. They know they aren’t the only ones who struggle and it gives them hope.”

Throughout his life, Scott had never felt comfortable in a church and certainly never knew the value of being a part of a church family.

“I’m tattooed and pierced and when I first walked in I had a mohawk and wore a silver chain,” Scott said. “This amazing body of people has always been welcoming to us since the very first time we went. We are part of that family and the guys don’t have any ulterior motives except to just be brothers.”

“You don’t feel alone in the struggle and you learn their testimonies,” she said. “There are so many people who have similar stories and that togetherness is so important.”

A new life, a new purpose

At Mount Vernon’s Apple Butter Makin’ Days last weekend Scott listened in the crowd while Kristain and other members of Covenant Baptist Church sang a powerful version of Hillsong Worship’s “What a Beautiful Name.”

“I was singing and praising and I’m generally not outgoing, but that song is so powerful and it’s crazy to think that we can be forgiven for all of it,” Scott said. “Our lives have changed so much.”

Not only has Scott’s life changed dramatically since he accepted Christ, his closest relationships are stronger than they have ever been.

“Scott knew he always had me; that I wasn’t going anywhere no matter how many times I threatened it,” Kristain said. “But now we’ve overcome 15+ years of addiction. We are a team. Things that used to be important and caused strife in our marriage just don’t seem that important anymore. We are more in harmony with each other with God leading us.”

Now Scott is starting to see opportunities to share the hope that he has. He volunteers at a local food pantry and said he will often have guys he’s known for years come up to him and ask how he was able to get clean and stay clean.

“I say, ‘Through Jesus,’” he said. “The only way to really beat it is to surrender your life—all of it, daily, and minute by minute. God delivered me from it and He has shown me everything I need to know to stay clean. I just have to keep living the testimony and loving them all. God will do the rest. Don’t give up on them. Just love them.”