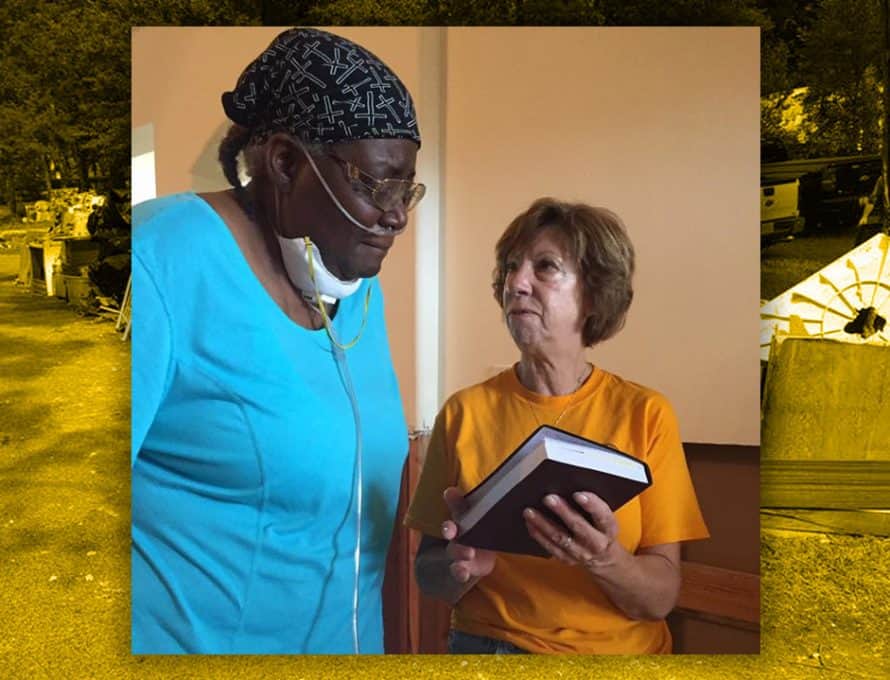 TEXAS CITY, Texas – Rosalie Archer-Knehans never goes on a disaster relief job without a Bible, even if the person they’re serving is already a believer. One such survivor of Hurricane Harvey God had in store for Archer-Knehans was Elesia.

Though she had been rescued by boat, water only got up three or four inches into house. Still, Archer-Knehans saw it as a God-made appointment.

“She just needed someone to love her,” she said. “She was broken, alone and had lost her joy.”

Archer-Knehans, a member of Lynwood Baptist Church in Cape Girardeau, committed to being there for Elesia as the rest of the crew tore out the rotted flooring. “There was almost so much stuff we could barely move.”

By the time the Missouri crew left that first day, they hadn’t made much progress on the home, but more importantly, Elesia was in much higher spirits. She needed to get rid of some things regardless of the flooding, and by loving and accepting her, the Missouri DR mudout with Archer-Knehans were able to help her do that.

“The next day, little by little, you could see her joy coming back,” she said. “I saw a lot of broken devastated people that week, but she was different from those just affected by the flood.”

Any time a mudout crew goes into a home, they don’t leave without giving the owners a Bible.

“In many cases, even if they are Christians, they have lost their Bible in the flood,” Archer-Knehans said.

In addition to the new Bible, they connected her with a local church.

“God sent us there for a reason,” Archer-Knehans said. “She just needed some Christian encouragement.”

The Mississippi River was at significantly low levels on S