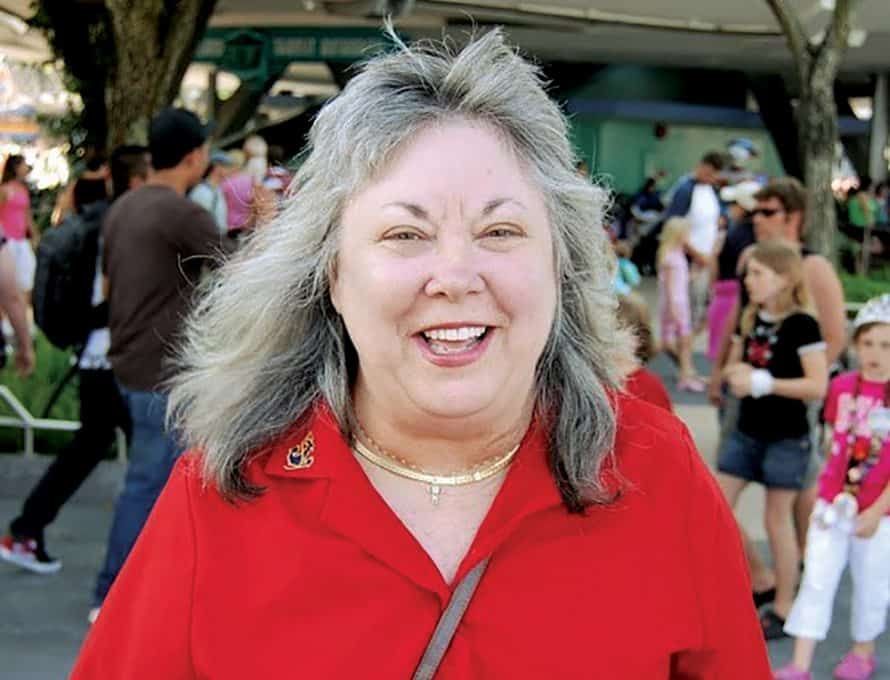 It has been 14 months since my wife, Bernadette, went home to be with the Lord. I have been reluctant to remove many of her personal items. That time will come, but not yet.

God and His people have sustained me through the grieving period and I am in a much better place today than I was even six months ago. I thank God for his faithfulness even as you have prayed for me and extended so many acts of kindness. They are too many to acknowledge individually.

I have learned that God’s grace and faithfulness can be extended in unexpected ways. Two examples in recent months stand out. Both have not only comforted me, but strengthened my commitment to move forward and fulfil God’s purpose for me in this temporary world.

The first is what I call “the case of the missing wedding band.” A few weeks before her brain tumor was discovered, Bernadette was sitting in her favorite wing-backed chair in the living room playing with our toy poodle, Gidget, when I noticed she was not wearing her wedding band!

“Girl, where is your wedding band?” I said, half joking, knowing there had to be a good reason.

She looked up at me, with a wry grin and before she answered, the phone rang. I went to answer and I forgot about the matter. A few weeks later she was gone. After her funeral in her hometown of Louisville, Ky., I immediately returned home. For some reason her wedding band came to mind. I searched every nook and cranny of our home for it – unsuccessfully.

Ten months passed and – broken hearted – I pretty much gave up the search. Then one day while looking through a drawer in a nightstand by our bed, there it was! I can only speculate as to why she removed it, though I suspect her finger had swollen, making it too tight. There was also a diamond missing and, knowing how frugal she was, I suspect she did not want us to spend the money to get it stretched and the diamond replaced. She knew I would have had it done immediately.

I am so happy I found it because it reminded me how God had brought us together and that our love had no end – until death. I found comfort in such truth, and it renewed my thankfulness to God for creating marriage between a man and a woman for life. I will never forget how God used Bernadette to get us where he wanted us to serve – in Missouri (a story I told in a past column).

The second example of God’s grace and faithfulness to me comes through Bernadette’s Bible. I now preach from it exclusively. It took me over a year before I would even touch it. It lay on her chest of drawers undisturbed until recently.

Once opened, I discovered two blessings. The first was the program from the 74th anniversary of Grace Baptist Church in Springfield, Tenn., where I had the privilege of preaching on that special occasion on May 28, 2001. I had not saved my copy, but it was obvious that Bernadette thought it special – and I am glad she did.

Grace Baptist Church is special to me. My grandfather helped build the original church and nearly seven decades later my step-father, Joe Pratt, helped build the new version. I was saved and baptized in the original church in 1964. My daddy was a long-time deacon. My brother and sister were saved and baptized there. Mom and dad helped fill the choir loft for decades, mom offering her soprano voice and dad with his falsetto tenor. Ah, the memories!

The second blessing from Bernadette’s Bible is notes and verses from the sermons of our pastor, Monte Shinkle, at Concord Baptist Church in Jefferson City, where we have been members since we arrived in Missouri on Thanksgiving weekend 2002. Some date back to the summer of 2010. It was as if she had left me biblical reminders – in her hand writing.

All of this reminds me of God’s grace and faithfulness. I rest in the words of 2 Thess. 3:3-5: “But the Lord is faithful, who shall establish you, and keep you from evil. And we have confidence in the Lord touching you, that ye both do and will do the things which we command you. And the Lord direct your hearts into the love of God, and into the patient waiting for Christ.”