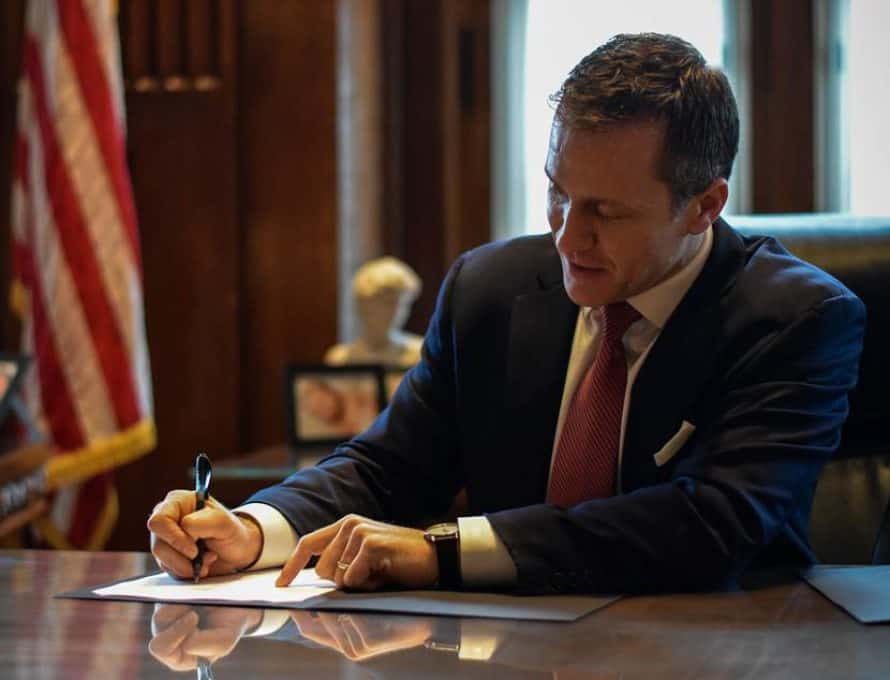 JEFFERSON CITY – For the first time in 12 years, the governor of Missouri will address messengers to the  Annual Meeting of the Missouri Baptist Convention scheduled for Oct. 23-24 at Connection Point Church (formerly First Baptist Church, Raytown).

Gov. Eric Greitens is scheduled to address the annual meeting at 1 p.m., Oct. 24. It will mark the first time the governor of Missouri has spoken at the annual meeting since former Gov. Matt Blunt addressed messengers attending the 171st meeting on Oct. 26, 2005, in Springfield. Voters elected Greitens Missouri’s 56th governor last November. At 43, he is the second youngest governor in the nation.

Born and raised in St. Louis, Greitens graduated from Parkway North High School before attending Duke University in Durham, N.C. He later attended the University of Oxford, Oxford, England, as a Rhodes Scholar, earning a doctorate. He later became a U.S. Navy SEAL officer, serving four tours of duty around the world while rising to the rank of lieutenant commander. He commanded an Al-Qaeda targeting cell, earning a Bronze Star and a Purple Heart. Following his military service, Greitens founded The Mission Continues, a non-profit organization that serves veterans, which he led until 2014. TIME magazine included him in its list of the 100 most influential people in the world in 2013.

“We are delighted the governor has accepted our invitation to speak to Missouri Southern Baptists and we look forward to putting into practice the Apostle Paul’s instruction to Timothy in 1 Tim. 2:2, that we pray for those in authority over us,” said Pathway Editor Don Hinkle, public policy advisor for the MBC.

Missouri Baptist Convention President Jon Nelson on Pathway founding editor Don Hinkle: “If you knew Don, you knew that he cared deeply about serving churches and consistently helped Baptists across the nation to articulate a biblical worldview in a