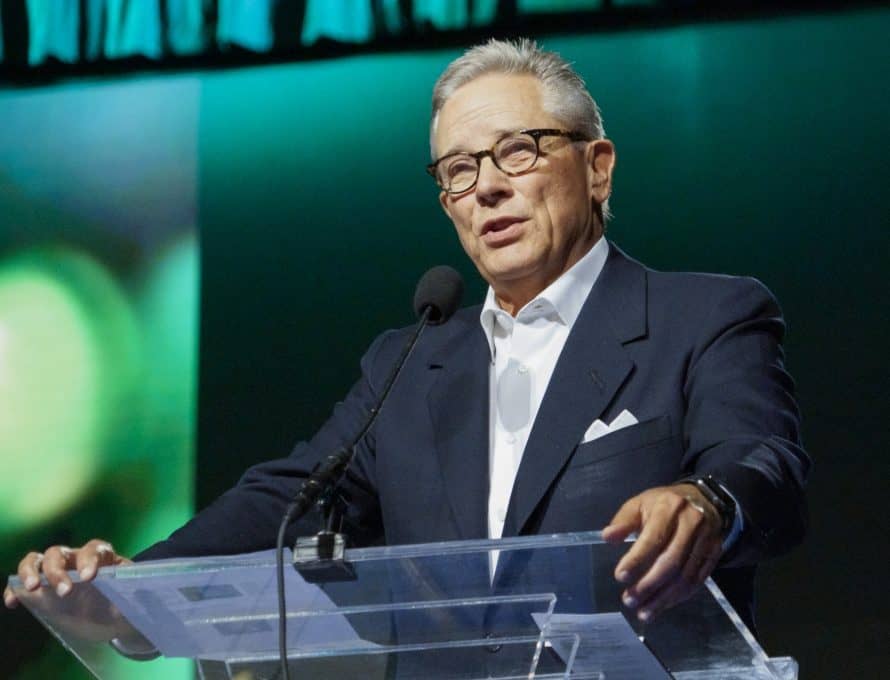 Hawkins joined the Dallas-based ministry after having served for four years as pastor of the historic First Baptist Church of Dallas. He thanked the trustees for honoring him and his wife Susie for their service to Southern Baptists through GuideStone.

“We remain so thankful to serve this ministry we have received from the Lord through Southern Baptists,” Hawkins said. “As we consider GuideStone’s first century, and look forward to our second century of service, it is with gratefulness for our heritage and confidence for our future, focused on the Lord’s leadership.”

Hawkins addressed trustees about the entity’s annual theme, “the Year of Innovation,” citing the need for GuideStone to not rest on its laurels as it prepares to mark its 100th anniversary in 2018.

Citing the ministry’s accomplishments of its long-range plan, GuideStone 100, which has guided its work for more than a decade, and Vision 20/20, which is an enhancement and extension to the long-range plan, Hawkins said the organization is focusing on three strategic goals: increasing market share, responding to changes in the marketplace and continuing to aggressively manage costs while keeping customer service as its No. 1 focus.

It is imperative for GuideStone to stay focused on its mission and to keep faithful to its vision and calling, Hawkins noted.

Additionally, Hawkins recognized the seven new trustees joining the board since their election in June, expressing his thankfulness “for the wisdom the SBC showed when they elected to the GuideStone board of trustees such godly people.”

“I am particularly pleased to see the increased diversity in the board with the election of three more African-American trustees this year,” Hawkins said. “I know of no other Southern Baptist entity with a board as diversified as GuideStone’s board. For that, we are extremely grateful.”

Chief Operating Officer John R. Jones reported that total retirement and investment contributions were $485 million, an increase of $21 million, or 4.6 percent, year-over-year, with about 80 percent of that increase being directly attributable to GuideStone investment channels.

“GuideStone Funds has had attractive performance in their peer universes and against benchmarks,” Jones said. “We have achieved stellar results in the first half of 2017.”

Like other providers of health plans, GuideStone continues to await an end to the stalemate in Washington regarding the Affordable Care Act.

Despite the challenges, Jones described life and health plans as having “very encouraging results” this year. Total medical insurance enrollment has increased by 1.2 percent, year-over year, despite the headwinds in the industry.

GuideStone has seen a renewal rate of 97 percent through mid-year. The hit rate, or the percentage of new accounts won based on bids, was 79 percent through June 30. Both the renewal and hit rates are significantly above industry average, proving the service and pricing provided by GuideStone and Brotherhood Mutual are being well-received by churches and ministry organizations.

Hawkins also told trustees about his two newest books, “The Christmas Code: Daily Devotions Celebrating the Advent Season” (available Sept. 5) and “The Believer’s Code: 365 Devotions to Unlock the Blessings in God’s Word” (available Oct. 24). As with all of Hawkins’ recent books, all author proceeds benefit Mission:Dignity. More information on the books is available at OSHawkins.com.

Jones reported on continued success for Mission:Dignity, GuideStone’s ministry to provide financial assistance to retired Southern Baptist pastors, ministry workers and their widows in financial need. Gifts have increased 10 percent, year-over-year, as of mid-year. Strong participation in Mission:Dignity Sunday in 2017 will provide additional momentum into the third quarter, Jones noted.

As part of the celebration of GuideStone’s centennial, Mission:Dignity has launched a new marketing campaign, “100 Reasons,” which will be part of Mission:Dignity’s promotions through December 2018.

GuideStone will mark its 100th anniversary officially June 12–13, 2018, at the SBC annual meeting in Dallas.