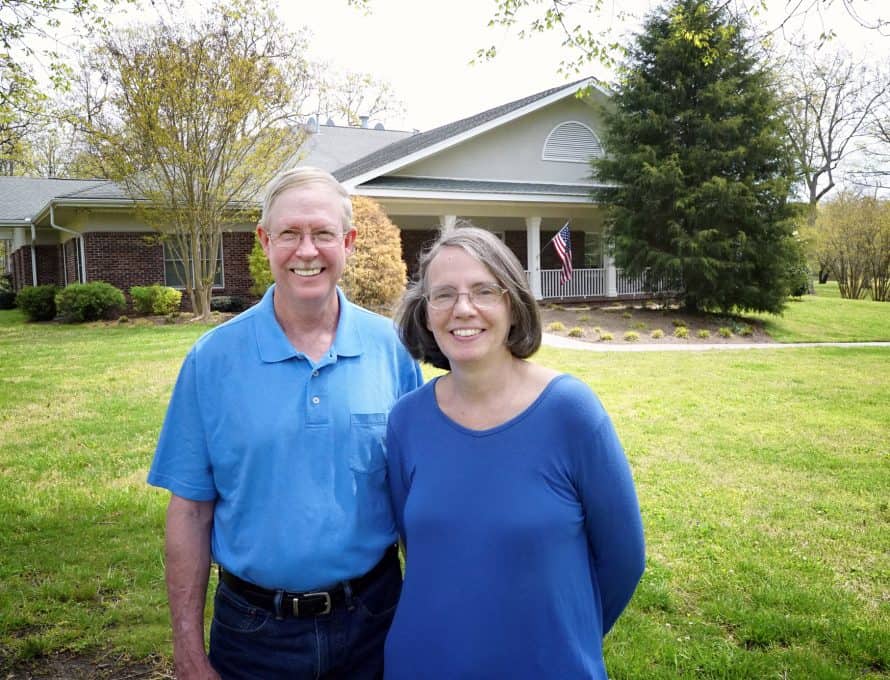 THOMASVILLE, N.C. – Jay and Kim Smith, after spending 26 years as missionaries in West Africa, continue to share Christ’s love as cottage parents with the Baptist Children’s Homes of North Carolina where they care for as many as 12 girls at BCH’s Mills Home. BP Photo

THOMASVILLE, N.C. (BP) – Kim and Jay Smith spent 26 years sharing the Gospel as missionaries in West Africa. Today, they continue to share Christ’s love as cottage parents with the Baptist Children’s Homes of North Carolina where they care for as many as 12 girls at BCH’s Mills Home in Thomasville.

Her husband agrees. “We love these girls with the love of God just as we loved the people in West Africa.”

Before the couple met, God impressed on each of them a desire to be involved with overseas missions. Not long after they married, they contacted the Southern Baptist Convention’s Foreign Mission Board (now the International Mission Board) to discuss their desire to serve as missionaries.

In October 1990, with their second child on the way, the couple received the mission board assignment for which they had been waiting. They arrived in West Africa three months later.

On the mission field, the Smiths worked with established churches to minister at a Bible school and home craft center for girls. At the same time, the Smiths were parenting their children.

After 16 years of ministering in hospitable conditions, the Smiths accepted an assignment to a different area in the region where the Gospel was unwelcome and Christians were persecuted. It forced them to use extreme caution.

But with conditions becoming increasingly dangerous, the Smiths returned to the U.S. in 2015 for what they envisioned as a temporary respite.

But while stateside, the IMB announced it was in the middle of a financial crisis and laid off hundreds of missionaries and staff members. The Smiths were given the option of retiring early.

“We weren’t ready to retire but we prayed through it and God made it clear to us that our time with the IMB was ending,” Kim says.

The couple once again prayed seeking direction for their future.

As they searched for new ministry opportunities, they came across information about Baptist Children’s Homes of North Carolina. The couple joined BCH in February 2016.

BCH trains all cottage parents, equipping them to provide the highest-quality care for children. The Smiths underwent training in Therapeutic Crisis Intervention, the CARE (Children and Residential Experiences) practice model and a three-part internal staff member orientation. In addition, they receive continuous training throughout their time as cottage parents.

The Smiths joined Robert and Diane Earley as the cottage parent team at Blackwell Cottage on the Mills Home campus. For two weeks each month, they lives with the girls 24 hours a day, seven days a week for two weeks and then rotate off and the other couple serves two weeks. By April 2016, the Smiths had transitioned to their new mission field. For more information, visit bchcareers.org.