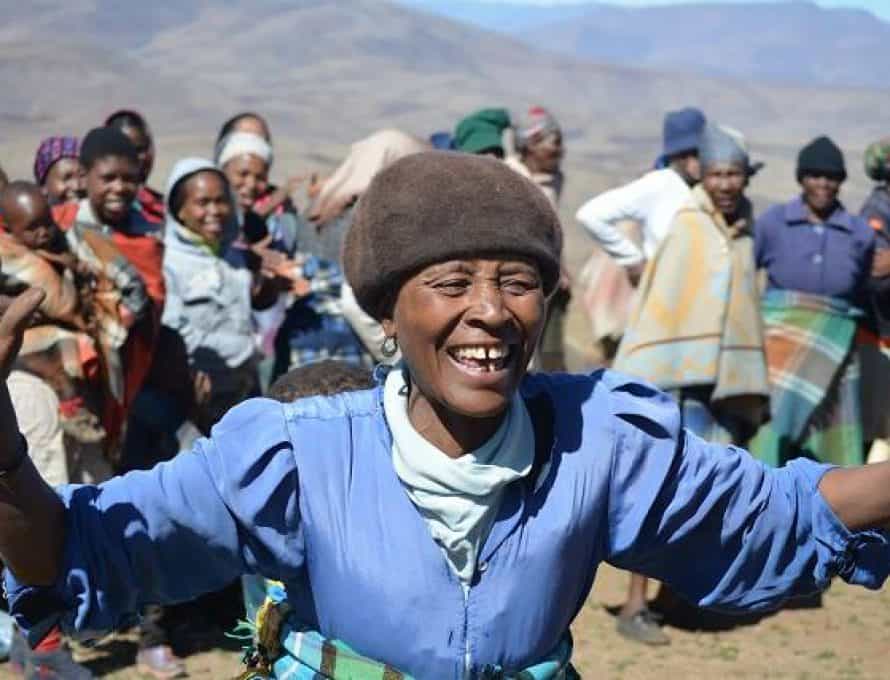 LESOTHO – A woman in Lesotho celebrates when Baptist Global Response distributes bags of seed in her village. BP Photo

NASHVILLE (BP) – Baptist Global Response (BGR) is celebrating its 10-year anniversary in a big way — with a campaign to raise $100,000 for people in need.

A woman in Lesotho celebrates when Baptist Global Response distributes bags of seed in her village.

Since 2007, the humanitarian aid organization has been partnering with Southern Baptist donors to fund disaster relief and community development projects around the world. And, BGR hopes to celebrate the milestone in August by raising $10,000 for each year of service, reaching a total of $100,000.

“It’s hard to believe that it has already been 10 years since we started BGR,” CEO Jeff Palmer said. “It only seems like yesterday. But when I think about the thousands of projects implemented worldwide and literally millions of lives impacted, I thank God for bringing about BGR and then letting us be a part of this amazing ministry.”

Those who want to get involved can find resources and fundraising ideas at www.gobgr.org/10for10/. On the site, BGR offers suggestions for donors such as selecting 10 items from the organization’s gift catalog and organizing a group of 10 friends to give $100 each.

Palmer says generosity from donors has made BGR’s work possible and will continue to do so in the coming years.

For more information about BGR or the 10 for 10 Campaign, visit www.gobgr.org.