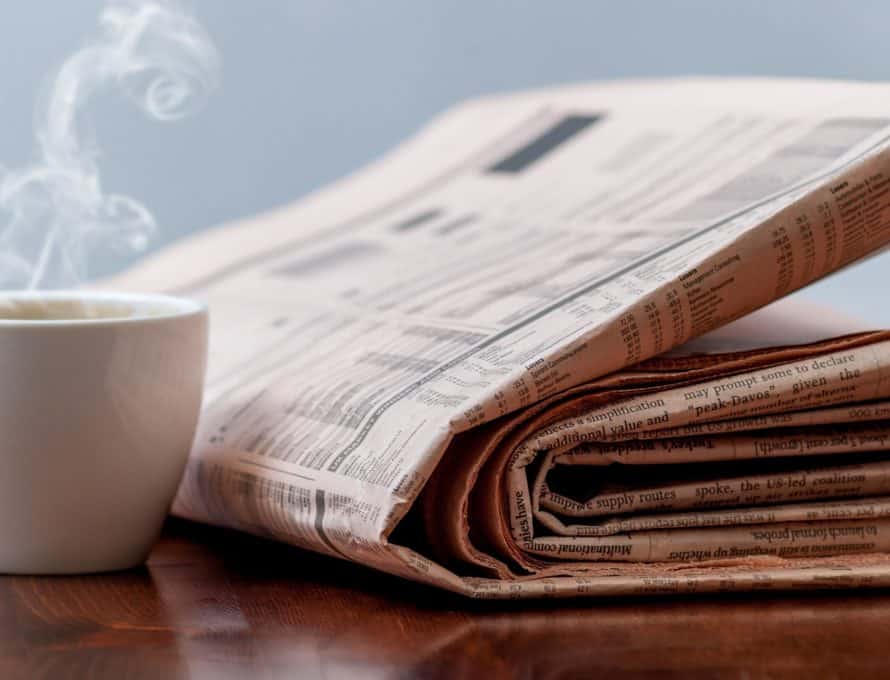 Circulation and readership is growing at a remarkable pace for The Pathway, bucking a trend that many other state convention newspapers are experiencing. While The Pathway flourishes, Missouri Baptists should be aware that is not the case for many other state convention newspapers throughout the Southern Baptist Convention (SBC). It is an issue deserving of much-needed discussion by Southern Baptists. The SBC’s viability may turn on how this issue is treated.

Secular printed newspapers have been declining in circulation for at least two decades. There is no shortage of theories as to why, ranging from the impact of the Internet to a loss of credibility with too many readers. Total weekday circulation for U.S. daily newspapers fell to 35 million in 2016, while total Sunday circulation declined to 38 million – the lowest levels since 1945.

State newspaper circulation in the SBC has declined from 1.2 million in 1997 to 593,000 in 2017, according to data from SBC Annuals. Just last week it was announced the Florida Baptist Witness will no longer offer a printed edition, after its board of directors voted to cease functioning as a cooperating ministry of the state convention and become a ministry within the Florida Baptist Convention. The decision ends 133 years of the newspaper published in printed form.

The Florida Baptist Witness is not the first to go down this road. The Christian Index of the Georgia Baptist Convention ceased printing in 2016, ending more than a century of doing so. The idea is by publishing exclusively online editions, it will save money.

Other state newspapers are being cautious, though many have decreased the frequency of their print editions as financial priorities have shifted among state conventions. One reason for caution: there is not enough data available indicating what impact such a move will have on overall support for the Cooperative Program (CP) as well as circulation and readership. The Christian Index is just 18 months into its online only edition and it is too early to tell what the impact has been on CP giving and if readership is declining or rising compared to print edition levels.

While printing and mailing costs drop by going to strictly an online publication, no one knows if current staff levels can produce the amount of quality content necessary to attract the desired level of traffic. Failure to draw people to the site could trigger the devastating loss of a sense of family and unity among the churches. There will be no reversal by returning to print. Once you lose printed readers, it is virtually impossible to get them back. The long-term impact on CP giving could be catastrophic.

The International Mission Board and North American Mission Board are now both publishing newsletter-type publications that people receive through email. The problem is their content. They do not tell you what is happening in your state and region. Think about that. Baptist Press provides some coverage, but it is limited because of their national and worldwide focus.

The Pathway is resisting the move to go exclusively to an online publication – and it is paying dividends. On the recommendation of MBC Executive Director John Yeats, and with my enthusiastic endorsement, we have taken The Pathway to an “open circulation” way of publishing. This means the CP funds The Pathway and, as a result, the newspaper charges no subscription fee. This strategy makes perfect sense because The Pathway is a ministry of the MBC and enthusiastically promotes the CP. It also eliminates subscribers having to annoyingly write checks and mail renewal subscription fees.

The result speaks for itself. Circulation exploded from 12,000 to nearly 25,000 in three years. Readership has topped 50,000 and The Pathway is now the fifth largest paid circulated newspaper in Missouri, giving Missouri Baptists additional leverage in the public policy arena. We are continuing to grow at a rate of about 800 new subscribers a year. Cancellations – mostly due to out-of-state moves or deaths – are only a handful a month.

By being a direct mail publication, we go directly into the homes of Missouri Baptists. Direct mail is one of the most effective ways that non-profit organizations like the MBC can convey its message. Once in the home mom reads it and then leaves it for dad to read. Then dad leaves it for the children or visitors. Even if your children do not read it, they see it laying on the living room couch and think about the testimony provided to their impressionable minds.

CP giving in Missouri is up and The Pathway has played an important role. Being in the home affords us the opportunity to promote unity and give Missouri Baptists a sense of connectedness with our brothers and sisters throughout the state. We are able to offer our readers encouragement in their walk with the Lord while reminding them we can do more together than we can alone. It also reminds them of the mission work in their home state and the impact the CP has on the lives of people. The importance of having The Pathway in the home cannot be overstated.

Last year the MBC contracted with Grey Matter Research to conduct the most extensive study of The Pathway and its readers in its 15-year history (6,700 subscribers participated). One of the most important revelations: 67 percent of Pathway subscribers read more than half of its content. Incredibly, 43 percent read nearly every word. Just as important, they believe what they read.

Perhaps the most stunning revelation was that 78 percent of Pathway readers said they want it to remain in print and delivered to their homes. Another 11 percent said they want it, but would prefer picking it up at their church.

Then there was this bombshell from Grey Matter: “If the publication ceased producing a print edition, it would largely cease to exist as a viable publication – at least with the current subscriber base. Fifty-four percent said if The Pathway became an online-only source of news and information, they would probably stop reading it at all, and another 25 percent said they would probably continue to read it online, but less than they do the print publication.” That would be devastating to the MBC and the CP.

I am not advocating that state conventions, which publish strictly online, are right or wrong and that Dr. Yeats and I have this figured out. What I am saying is that caution – when considering ending printed state newspapers – is prudent. The stakes are high.

For publications like The Pathway, there are challenges for sure. The Grey Matter study showed that only six percent of subscribers are under age 45. Our hope is that younger Southern Baptists will start reading as they age. Some studies suggest that it is a possibility. We have – and will continue to – adjust our content to attract younger readers, while also offering The Pathway online. However, recent research indicates there are more troubling signs with online publications. For example, there are at least two studies showing that people who read online do not retain the information as efficiently as they do when they read a printed publication. Other studies are raising issues about the impact online reading has on the brain.

While we continue to study new data, we do not anticipate any changes in that regard for at least another five years. Our thinking, at least at this point, is that we may be looking at a generational phenomenon. The Baby Boomer generation clearly likes the printed word. Once they leave, a full-blown transition to online may be necessary, but we are not there yet.

While our direct mail approach for The Pathway is efficient from a business point of view, maintaining strong content is as well. We do not want to be a publication that simply lays on the living room couch. We want to bless and inform our readers. Above all, we want to bring honor and glory to God.