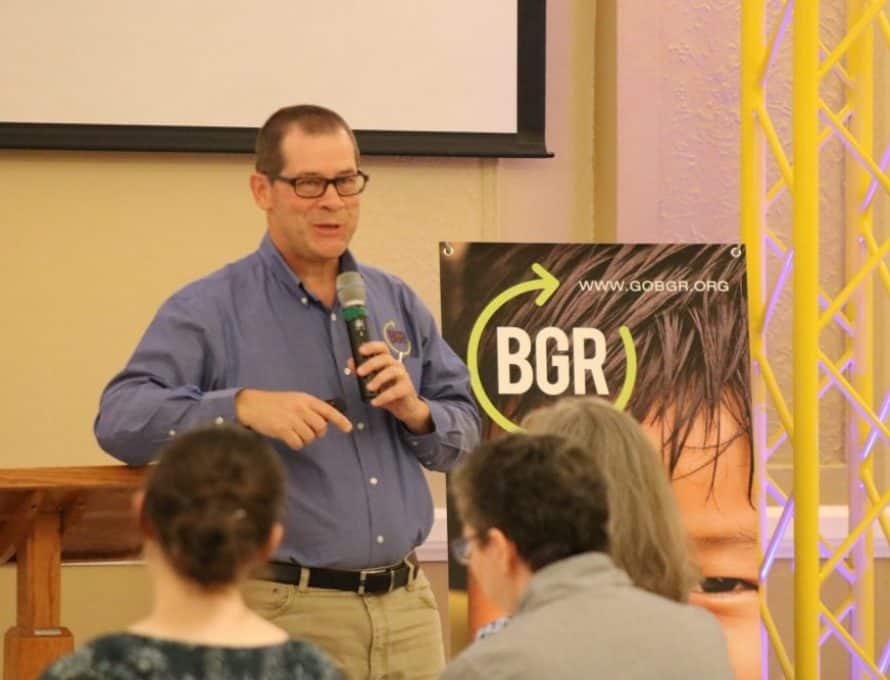 JEFFERSON CITY – Baptist Global Response took on 283 projects in the name of humanitarian aid last year, many in areas that are officially closed to the gospel. Yet despite that and despite nearly a quarter of a million people hearing the good news through their work, many Baptists are unaware of BGR’s work and mission.

Much like Women’s Missionary Union (WMU), BGR is not a Southern Baptist entity nor does it receive Cooperative Program funds. It can be considered an auxiliary, however, and Palmer is quick to point out that he and BGR are extremely supportive of CP. For one, the International Mission Board partners with BGR to distribute Baptists’ hunger funds internationally. Palmer and his wife, Regina, are former long-time IMB missionaries to the Philippines.

In the last year alone while partnering with the International Mission Board and other national partners (local churches overseas), BGR ministries impacted 937,386 people in 3,058 communities. More than 110,000 received food aid, while 235,000 received assistance with clean, safe water. Another 89,000 were trained in health care, community development, literacy or water usage, resulting in 535 sustainable businesses being started.

One area Palmer said he’d like to see BGR grow is in partnerships with state conventions and local churches in the U.S. Though partnerships have taken place – notably with the Missouri Baptist Convention when it adopted a Filipino island after it was ravaged by Typhoon Haiyan – more can be done. The key, Palmer said, is improved, localized training for state-side volunteers, training he hopes to get off the ground in the coming year.