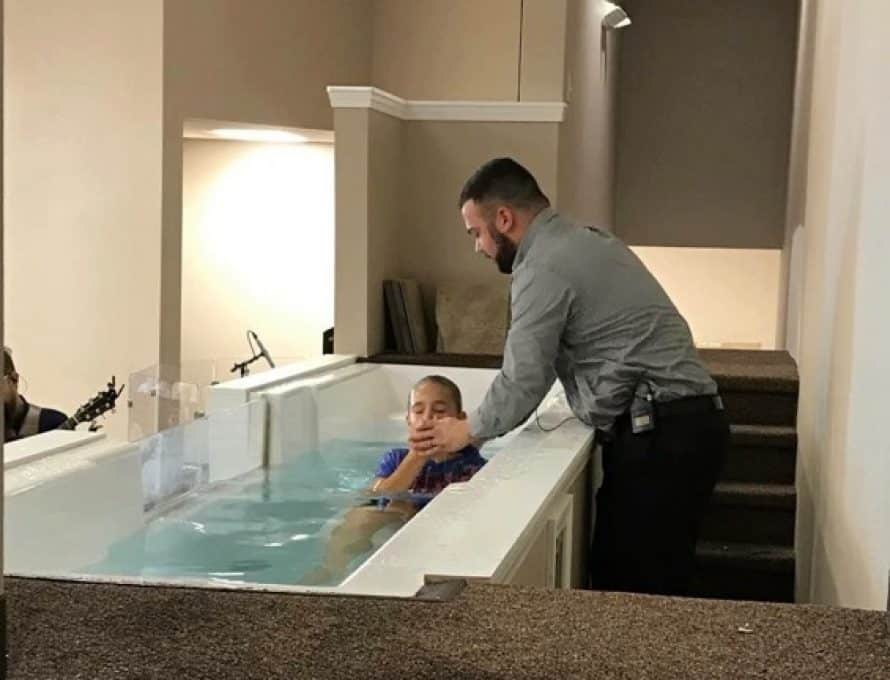 SEDALIA – They just wanted to see God do something big.

And according to Carol Payne, charter member of Cornerstone Baptist Church here, God did not disappoint.

Fifteen years ago Darrell and Carol Payne, along with a core group of church visionaries, felt God leading them to church planting. In 2002 the west side of Sedalia was starting to thrive and there was no evangelical presence in the area.

“We started in a barn and we’ve seen some amazing miracles along the way,” said Payne. “Every one of them confirmed our calling. When it was just a bunch of people we had no idea it was going to be this hard… or this rewarding. Our church is preaching the word, serving the community, and growing in Christ. I am our church’s biggest cheerleader.”

Cornerstone recently celebrated its 15-year anniversary with the dedication of their newest building, a 17,000+ square-foot sanctuary that also houses nursery and office space.

“We run about 400 people on a Sunday and we had around 600 people attend our opening service in the new building,” said Chris Guffey, who has served as senior pastor at Cornerstone for eight years.

He said the church’s vision, “Making Jesus Famous one life at a time,” has been the driving force behind every church ministry and evangelistic event since 2010.

“We want to know Christ and make him known, and we can do that through transformation of the next generation,” Guffey said.

Guffey said through timely leadership from people like Jerry Field (who served as an interim pastor early on) and with support from the Cooperative Program, the Missouri Baptist Convention was instrumental in making Cornerstone what it is today.

“Their prayers and support kept the church afloat during the early years when the church was on the pinnacle of either doing something big or not existing much longer,” Guffey said.

While the church has served members and the community through different ministries and outreaches, Guffey said it’s the foundation of truth that has drawn people from all walks of life to Cornerstone.

“We offer 17 different small groups and Bible studies which are unified by the truth of God’s word,” he said. “Cornerstone first started with the intent of reaching young families and that focus hasn’t changed. I think the church is too hard on Millennials. They just want to know the truth about what is right and what is wrong. They want to know what God requires of us and are searching for answers and hope.”

“Our people have bought into the truth and they are committed,” he said. “We give all the glory to God because finances are a metric measure of where your heart is. The hearts of our church members are clearly rooted in the gospel and in making Jesus famous.”

As Cornerstone continues to thrive in its vision and pursue new goals of opening a preschool, inspiring a church-wide fostering initiative and planting more healthy churches, Guffey knows that the reality of any success goes back to the charter members who answered the call of the Lord 15 years ago.

“Cornerstone was planted on good soil by men and women who took the humble position of doing whatever was necessary to see the next generation won for Christ,” Guffey said. “Over and over they’ve said, ‘It’s not about us, it’s not about us.’ Not only did they say it with their mouths, they acted on it in the early years, the years of transition and now as we continue to be blessed with a harvest.”