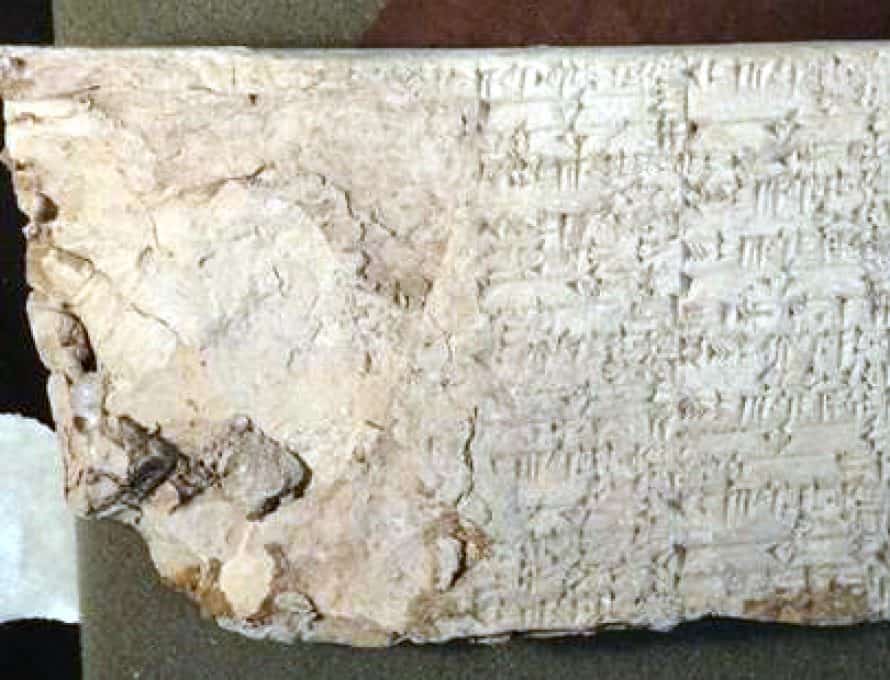 The settlement closed a federal investigation of the store’s 2010 purchase and subsequent importation of more than 5,500 artifacts from dealers who did not disclose the items’ Iraqi origin. Hobby Lobby paid $1.6 million for the artifacts, including Assyrian and Babylonian cuneiform tablets, bricks and clay bullae used in ancient writings and seals.

Hobby Lobby faces no criminal liability, but in a corporate statement president Steve Green admitted to “regrettable mistakes” and “imprudently” relying on certain dealers and shippers. Hobby Lobby’s inexperience in acquiring such artifacts was a contributing factor in the ordeal, he said.

“We should have exercised more oversight and carefully questioned how the acquisitions were handled,” Green said in a July 5 statement at newsroom.hobbylobby.com. “The Company was new to the world of acquiring these items, and did not fully appreciate the complexities of the acquisitions process. This resulted in some regrettable mistakes. The Company imprudently relied on dealers and shippers who, in hindsight, did not understand the correct way to document and ship these items.”

Hobby Lobby must also institute new policies and procedures to ensure such mistakes do not reoccur, the DOJ said.

None of the forfeited artifacts were included in the massive Green Collection at the Museum of the Bible scheduled to open in November in Washington, D.C., the museum told Baptist Press July 6.

“The Museum of the Bible was not a party to either the investigation or the settlement. None of the artifacts identified in the settlement are part of the Museum’s collection, nor have they ever been,” the museum said in an emailed statement. “We remain on track to open in November and look forward to sharing our exhibits and displays with the public.”

The museum adheres to the current Association of Art Museum Directors’ standards on the Acquisition of Archaeological Material and Ancient Art, as well as guidelines set forth by the American Alliance of Museums, according to the email.

In the July 5 federal Claim for Relief, acting U.S. Attorney Bridget M. Rohde said Hobby Lobby encountered several “red flags” that should have alerted the corporation to inherent improprieties in the acquisitions included in the investigation and settlement.

“In October 2010, an expert on cultural property law retained by Hobby Lobby warned the company that the acquisition of cultural property likely from Iraq, including cuneiform tablets and cylinder seals, carries a risk that such objects may have been looted from archaeological sites in Iraq,” Rohde wrote in her July 5 claim. “The expert also advised Hobby Lobby to review its collection of antiquities for any objects of Iraqi origin and to verify that their country of origin was properly declared at the time of importation into the United States.

“The expert warned Hobby Lobby that an improper declaration of country of origin for cultural property could lead to seizure and forfeiture of the artifacts by CBP (U.S. Customs and Border Protection),” Rohde said.

Hobby Lobby has cooperated fully with the investigation and is pleased to settle the dispute, Green said in the corporate statement.

Hobby Lobby “has been an active participant with the government’s investigation and supports its efforts to protect the world’s ancient heritage,” Green said. “At no time did Hobby Lobby ever purchase items from dealers in Iraq or from anyone who indicated that they acquired items from that country. Hobby Lobby condemns such conduct and has always acted with the intent to protect ancient items of cultural and historical importance.”

Green began collecting rare Bibles and other artifacts in 2009 and has presented the items in a traveling exhibit aimed at revealing the Bible’s accuracy. Credited as recently as 2012 with holding the largest personal collection of rare biblical artifacts in the world, the Green family purchased the site of the Museum of the Bible for $50 million. The 430,000-square-foot structure is just three blocks from the nation’s Capitol.

“We have accepted responsibility and learned a great deal,” Green said. “Our entire (Hobby Lobby) team is committed to the highest standards for investigating and acquiring these items. Our passion for the Bible continues, and we will do all that we can to support the efforts to conserve items that will help illuminate and enhance our understanding of this Great Book.”

The U.S. Attorney’s Office for the Eastern District of New York handled the case.