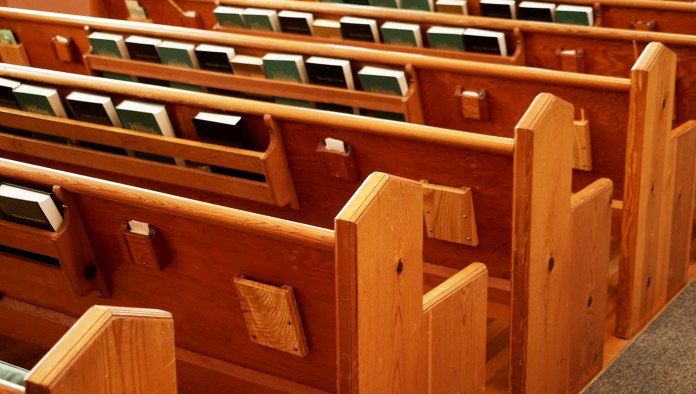 The COVID-19 crisis has led to unprecedented closures across our country. Currently in Missouri we are not allowed to gather in groups larger than ten and, even then, we must remain six feet apart to maintain social distance in order to slow or prevent the spread of the virus in our area. Many if not most churches across the state opted to close down for at least two weeks in order to adhere to the CDC’s recommendation as well as to our own state law. Yet, as the crisis continues to extend out, many have begun to wonder if we are refusing to obey God’s Word regarding assembling together (Heb 10:23-25) in order to obey man’s word from our governor. The question is simply this, “Are we sinning by not assembling together?” It is a valid question and one we must answer as we begin to make decisions for worship in the following weeks.

Hebrews 10:23-25 comes at the end of this letter to believers who are struggling to persevere in their faith because of the onslaught of persecution. They were being sorely tempted to abandon their distinction as Christians and slide back into Judaism in order to escape the persecution that came with being identified as a Christ follower in the first century. This entire letter is designed as a warning against abandoning Christ. The author warns them that to abandon Christ is to abandon the only hope of salvation and forgiveness there is. He systematically unpacks the superiority of Jesus Christ to Judaism in order to motivate their perseverance. He shows how Christ is the fulfillment of the Old Testament and therefore why believers must keep trusting in Christ alone, regardless of the personal cost.

This is why he urges the reader to continually hold fast to the confession of our hope. Believers must not abandon Christ through whom we have forgiveness and access to God. He is our hope! We must hold fast to Christ because God is faithful. He will save eternally those who continue trusting in Christ. Recognizing the hardship of trying to remain loyal to Christ amid a culture of hostility, the author urges the believers to consider how they might stir one another up to continued love for God, continued love for one another, and continued good works of obedience. Believers need one another to continually encourage and hold each other accountable lest we drift away from Christ. At this point the author gives the believers some specific instructions in how to go about this mutual stimulation to love and good works. How do we stir one another up?

The answer is found in verse 25. Believers stir one another up by gathering together in order to mutually exhort and urge one another to continued trust in Christ, continued love for God and others, and continued obedience to the commands of God. In the first century, they had to gather together in order to exhort one another. They did not have cell phones, email, Facebook, or Zoom. The only way they could consistently communicate with one another was through face to face interaction. Some of the believers were refusing to assemble together in order to avoid detection by the local authorities. They were allowing their fear of persecution for being a Christian to prevent them from performing the mutual encouragement to continue trusting and loving Christ above all else. The issue for first audience of Hebrews, and the important point for us to note in our situation, is that assembling together was not an end in and of itself. Assembling was the chief, if not only, way by which they could exhort and urge one another consistently so as to stir one another up to love and deeds.

Here are a few distinctions between the first audience and our congregations today. We are not being tempted to avoid assembling in order to avoid persecution for being a Christian. If we were refusing to gather in order to avoid persecution, that would be sin. Secondly, physically gathering together in a large group is not the only way we can mutually exhort and urge one another anymore. There are countless options available to us with modern technology which enable us to remain connected and communicative with one another while not being in the same place physically. Finally, the chief concern, for the author of Hebrews, is that believers consistently and continually communicate with one another for the purpose of mutual stimulation to continued love for God and others as well as continued obedience to the commands of God. Can we do this without physically assembling for a few weeks? I think the answer is yes.

Our government has asked us to suspend physical gatherings for a few weeks in order to slow the spread of a dangerous virus. This situation is not permanent nor specifically targeting us as Christians. All groups, of whatever affiliation or religion, are being asked to stop physically assembling. We can show submission to our governing authorities (Rom 13:1) as well as love for one another (John 13:34-35) by not assembling in large groups for a short period of time. So long as we remain in consistent and continual contact with one another through the technological means we have available, we can mutually urge one another to faithfulness. I do not believe we are sinning by refusing to physically assemble for a few weeks. Brothers and sisters, the heart of this command is in the prevention of our turning away from Christ. During this time of isolation and separation the deceptiveness of sin and the allure of the world will be strong. We must call, text, FaceTime, and have video conferences to continually encourage one another to keep trusting Christ. We need one another. That has not changed. We simply need to re-consider how to stimulate one another to love and good deeds during this present crisis. May our Lord grant us wisdom and faithfulness in the days and weeks ahead.