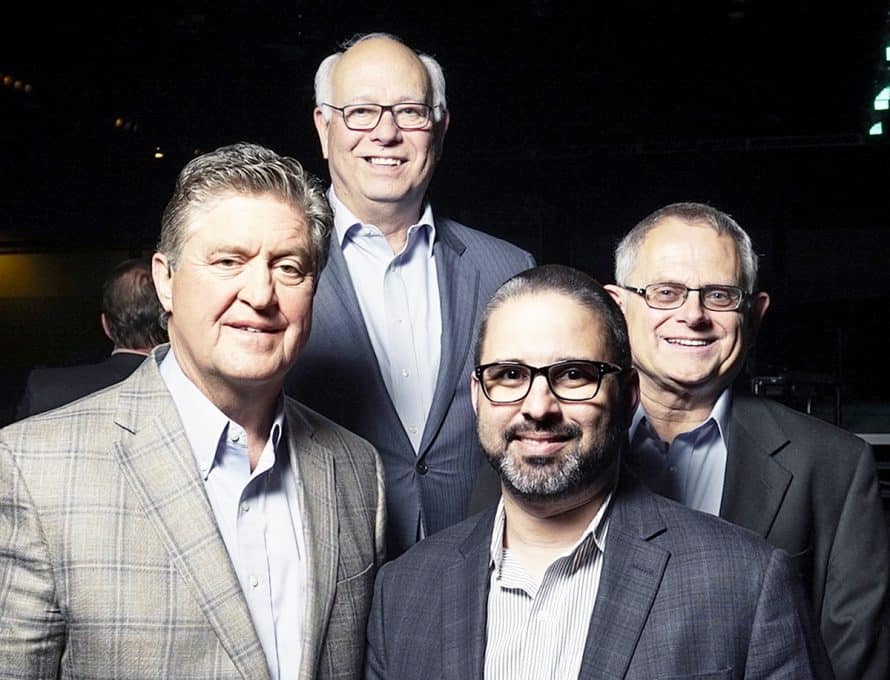 PHOENIX (BP) – John Yeats, the executive director of the Missouri Baptist Convention, was reelected without opposition as the Southern Baptist Convention’s recording secretary, a position he has held for the past two decades. With no other nominees, first vice president Doug Munton cast the ballot of the convention. Yeats, was nominated by Riverview Baptist Church, Osage Beach, Spencer Plumlee.

Tennessee pastor Steve Gaines was reelected by acclamation to a second term as president of the Southern Baptist Convention during the June 13-14 SBC annual meeting in Phoenix.

Gaines was nominated by his son Grant Gaines, pastor of Calvary Baptist Church in Jackson, Tenn., who noted his father’s first year in office had been marked by wise leadership, personal prayer and personal evangelism.

The elder Gaines, pastor of Memphis-area Bellevue Baptist Church in Cordova, Tenn., called on Southern Baptists to pray and rekindle a passion for personal evangelism during his first year of service. He has championed the Cooperative Program, Southern Baptists’ unified method of funding missions and ministries in North America and internationally.

No other persons were nominated as president.

First vice president Strickland was nominated by former SBC President James Merritt. “Walter Strickland encapsulates who we are as Southern Baptists today and where we need to go as the SBC tomorrow,” Merritt said.

As a “young, vibrant African American” believer who seeks to foster racial reconciliation in the convention, Merritt said, “if we are going to survive and thrive, we must become more racially diverse.”

Strickland, a member of Imago Dei Church in Raleigh, N.C., has been special adviser to the president for diversity at Southeastern since 2013. He also teaches theology at Southeastern and since 2015 has operated a consulting service to assist churches and other organizations with diversity-related issues.

The church planter “is a living picture of what we want to become as Southern Baptists,” Lewis said, “working to engage in an urban context, multiply churches, reach different generations ethnicities and social groups, all while being faithful to Scripture.”

In a departure from recent memory, someone other than Jim Wells of Missouri was nominated for registration secretary. Wells had held the office for the past 15 years, but chose not to run this year due to his declining health.

A crowded field of five persons was nominated for registration secretary, resulting in a run-off between Currence, the current acting registration secretary, and minister of administration and children’s pastor of First Baptist Church in Ozark; and Waylon Owens, a Southwestern Baptist Theological Seminary professor and administrator, the two top finishers in the first ballot. Currence received 554 votes (69.2 percent) and Owens received 231 votes (28.8 percent).

Messengers elected Paige Patterson as the 2018 convention preacher, Kie Bowman as the alternate preacher and Mark Blair as the convention music director.

During the 12 years Steve Gaines has pastored Bellevue, the congregation has averaged 492 baptisms annually, according to data from the SBC’s Annual Church Profile. Previously, he pastored churches in Alabama, Tennessee and Texas.

Earlier this year, Bellevue became the first church that cooperates with the Tennessee Baptist Convention to give $1 million through CP during a 12-month period, the TBC reported. The church has designated the same amount for CP in its 2017-18 budget year. In 2016-17, that total represented 4.6 percent of Bellevue’s undesignated receipts, according to the church. ACP data reflects similar totals.

Gaines served as president of the SBC Pastors’ Conference in 2005, preached the convention sermon in 2004 and was a member of the committee that recommended revisions of the Baptist Faith and Message in 2000. A current trustee at Union University, Gaines has served in the past as a trustee of LifeWay Christian Resources and in various other state-convention and SBC leadership roles.