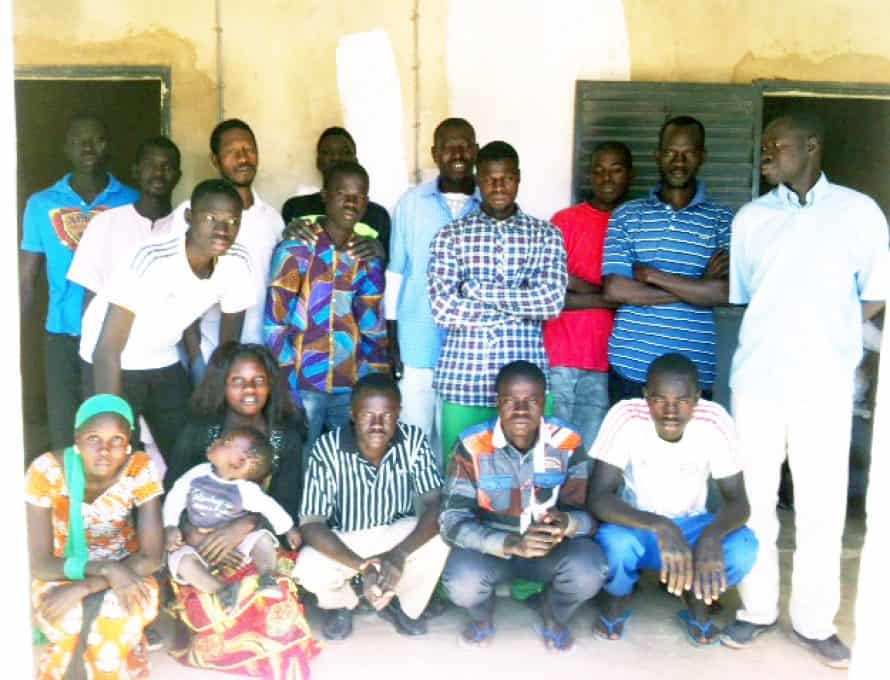 WEST AFRICA – For the past six years, the members of Hillcrest Baptist Church, Lebanon, have worked among a people group in West Africa. Photo courtesy of David Brown

WEST AFRICA – During the past six years, the members of Hillcrest Baptist Church, Lebanon, have seen God move among the people of West Africa along the arid fringes of the Sahara Desert.

Pastor David Brown said he has been amazed by the “divine appointments” that God has placed in the path of mission teams from the church as they’ve engaged a people group here.

“God puts people before you, and maybe they’ll tell you that God has spoken to them in a dream,” Brown said, “and they’ve been waiting for someone to come and share more about Jesus.”

Indeed, Brown said that the work that the church is doing here wouldn’t exist apart from such divine appointments. In 2011, the church had started a missions partnership in one country, but they were never able to return to the country after a coup erupted during a presidential election. For this reason, they decided to work in another nearby country, and on their first trip to the area they discovered members of the same people group that they had been working with in the original country.

“It was exciting and affirmed that we were right in the middle of what God wanted us to do,” Brown said.

But, during this trip, God made another divine appointment that would prepare the soil for a gospel harvest: There was a small child in one of the villages here who couldn’t walk properly. Some ladies from Hillcrest Baptist prayed for the child, learning only a few days later that the child was starting to walk properly.

“God healed him,” Brown said. “And so, on the next trip, we had an open door to share in that village and pray with people. People were seeking us out. The Imam asked me for prayer. … That prayer and that miracle was essential in helping us to get started in that area. It was critical.”

Since that time, the church has continued to engage this same people group, working in this village and expanding to others. The church aims to send members on mission to the region at least four times a year, during which time, the missionaries share Bible stories and engage people with the gospel. Today, there are about 30 baptized believers in the region, as well as some who have professed faith but haven’t yet been baptized.

God has also begun to call out some men from this people group as gospel ministers. On his most recent trip to Africa, earlier this year, Brown evangelized in the villages for a few days, but he then took some men to a school where they are preparing for leadership in the fledgling church in this region.

Brown said that God is on the move in Africa, and he’s excited to be able to join in on what He is doing.

“It’s very exciting,” Brown said. “It’s awesome. It makes me feel incredibly humbled that God would use me and our church for this.”

But then again, Brown admitted that he doesn’t know how long the door will be open for making disciples and multiplying churches here. After all, the church is working in a Muslim country, and they could lose their ability to travel   – as they had in the first location. Only God knows what might happen.

For this reason, he said, he approaches the task of making disciples and multiplying churches in West Africa with a sense of urgency. They must take hold of the divine appointments God lays before them before it’s too late. Yet he comes to the task with a sense of excitement, as well, eager to see how God moves in the hearts of Africa’s men and women.