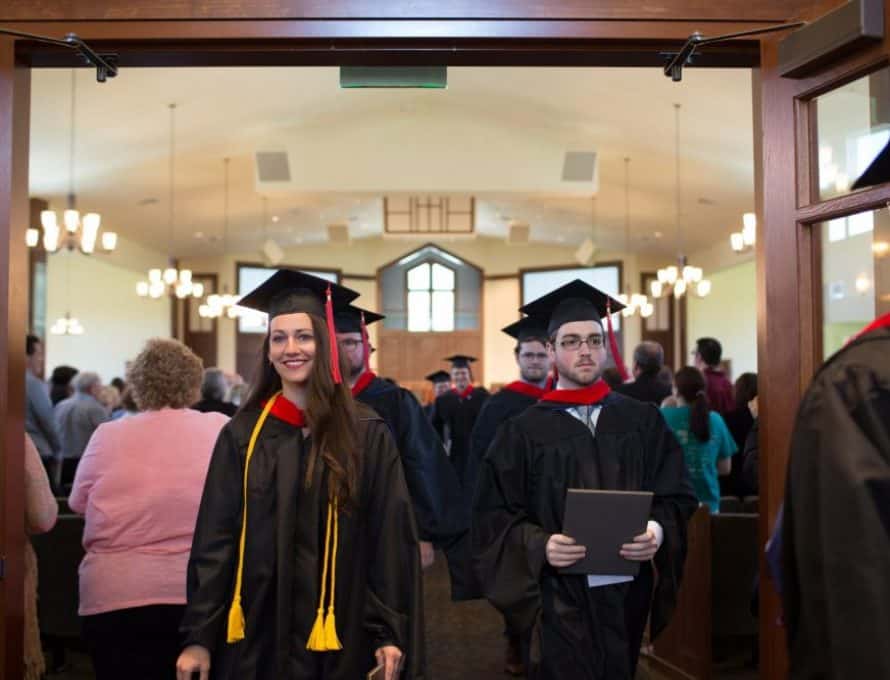 Key moments in the ceremony included President Jason Allen’s challenge to students in his commencement address to “embrace the foolishness of gospel ministry” as well as a presentation of the institution’s Professor of the Year award.

During his expository message from 1 Cor. 1:18-31, Allen noted significant contrasts in the text. There is a stark difference between God’s wisdom and man’s wisdom; between God’s glory and the glory of man; between the ways of God and the ways of the world; and a contrast between two paths and two destinies – two end results that every man and woman on earth will know. As such, there is a need for ministers of the gospel, which will seem as foolishness to those who do not know Christ as Savior.

Allen offered seven exhortations about what it means to embrace the foolishness of gospel ministry.

First, he encouraged graduates to value their degrees “for what it represents – that is a season of ministry preparation and training….See your time here as preparation for ministry, but not a validation of it.”

Second, Allen said graduates should celebrate their accomplishments but should never forget their weaknesses.

Third, Allen exhorted graduates to embrace the collision of worldviews. He said not to back away from the battle, and that the quicker one is able to do that, the more comfortable he or she would be in ministry.

“The quicker we are willing to stand on these truths (the simple message of the Word), embrace them and own them, and realize that doing so puts us in direct conflict with the world, the quicker we will be secure and satisfied in your life in ministry.”

Allen’s fourth and fifth points were for graduates to be committed to the foolishness of preaching and, more specifically, to making the cross central to their ministries.

“We take our calling seriously because we believe with all that we are that the gospel is true, that Jesus Christ is the only way of salvation, and that these graduates are giving their lives to serving the church because there is no grander or more glorious thing to give their lives to.”

Allen’s final points to graduates were to remain tenderized to the plight of the lost, and to minister for God’s opinion, not man’s.

He concluded the message saying, “Have a life and ministry and family in which you aim to please the One who matters, the Lord Jesus Christ. So, when your time is up and your service is over, and some boasting is done, you and those affected by your ministry are boasting in the Lord.”