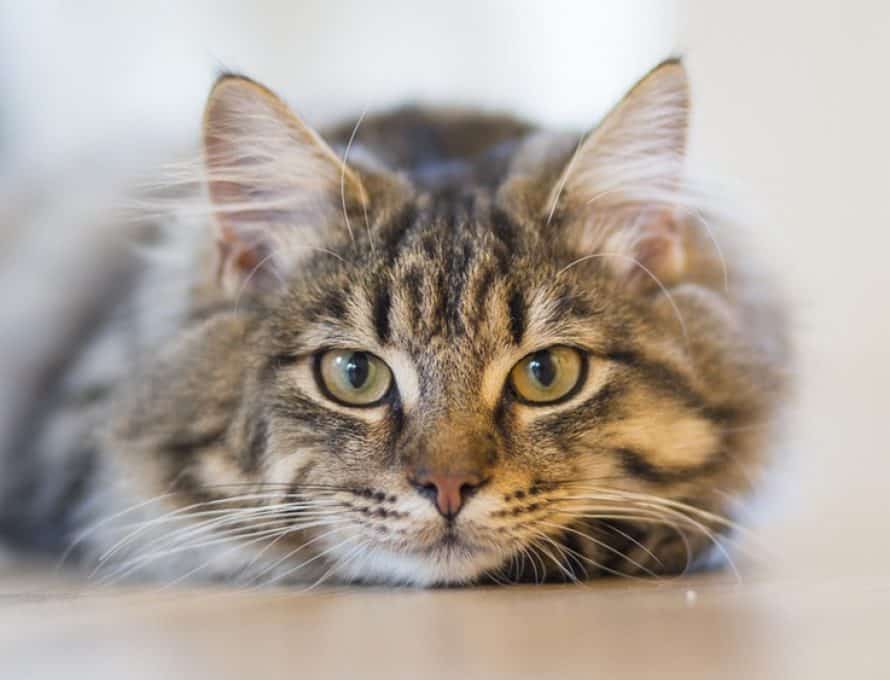 I was watching the cat wildly chase a laser dot the other day and I thought, Wow, if that red dot was a Butterfinger that could totally be me.

Those wild moments are the times I think Sammy could be the poster animal for the cat version of ADHD. It’s weird because that poster cat is the same cat who can also be extremely focused. Any and every new item we bring into the house has to endure a thorough and focused Sammy-sniffing. Personally, I think that’s when he’s trying to determine whether or not his entire body will fit inside whatever it is. And if it’s even close—even if it’s not close—he ignores the fact that he has a BMI that’s got to be pushing 50, and he’s in. Maybe not all in, but in.

While my body mass numbers aren’t as bad as Sammy’s, they’re not so good that I can mock him as much as I’d like. And although I’ll go after most chocolate with laser-dot enthusiasm, any time I start climbing into a bag that looks like it’ll hold about 20% of me, somebody may need to take me to a see a professional. I’m wondering if the toughest part would be trying to decide if it should be a physician, a psychiatrist or a veterinarian.

I have to say, though, that sometimes Sammy might have the right idea. Distractions can be time-stealing brutes and they’ve earned their bad rep. But as contradictory as it may sound, I really don’t think distractions always have to result in negative productivity. They don’t always have to be bad. Only sinful distractions are bad.

Have you ever been working so diligently on a project that you thought your head might explode? Following a little distraction for a few minutes can sometimes sort of “reboot” our creative mojo.

I confess, every once in a while, a “mental Butterfinger” can help me get back to a task with renewed enthusiasm. Nothing sinful, mind you. Some music, a walk, a few minutes of reading, maybe. The Lord can even spark new ideas in some of those laser-dot moments. And that gives one pause. (“Pause.” Not “paws.”) The trick is to figure out if we’re procrastinating to avoid something we need to stay focused on, or if we’re instead taking a little respite from it so we can re-energize.

We do need to be careful, though, that we don’t climb into a distraction that’s smaller than we are. Sammy still doesn’t get this. We have big things to accomplish for the Kingdom, through the One who empowers us. Spending time getting refreshed is one thing. Killing time on tiny things is another. Paul tells us to be careful about spending, not killing, our time. “Look carefully then how you walk! Live purposefully and worthily and accurately, not as the unwise and witless, but as wise, sensible, intelligent people, making the very most of the time…firmly grasping what the will of the Lord is,” (Ephesians 5:15-17, AMP).

We spend our time well when we spend it wisely and with His purposes ever in mind—even when we’re chasing a dot.

Endeavoring to live purposefully in His will? I’m in. All in. Me and my entire body mass index.